Sea, sun, sand, white houses, smiling fishermen on a pine-shaded shore; few clichés are so ubiquitous, as that evoked by the words “Mediterranean culture”. It is almost a Club Med brochure- and just as the brochure, it does not lie, but neither tells the whole story.

Sun and light are there, sure enough, but so are the heavy shades of the Luxor hypostyle, light and darkness mix in the chiaroscuro of the paintings of Caravaggio, the Gothic basilicas of Italy or Cyprus mirror the shapes of the great Cathedrals of the North, the austere stylized figures of Byzantine iconography find an echo in the intricate arabesques of a world beyond the desert sands.

At the same time, Doric colonnades grace public monuments as far North as Norway, indeed, across the oceans, the brooding Saints of the Aegean island churches have found another home among the Russian snows, the lance-like forms of the minaret pierce many a foreign sky, the geniuses of the Mediterranean Renaissance are still the canon in Art today.

Wherever one should look, one sees the imprint of Mediterranean culture on the whole world; but what is then the Mediterranean itself, if not the world in a nutshell?

On the face of it, it should not be so. Looking at the map, the Mediterranean looks tightly enclosed by physical barriers that should impede communication of the coastal lands, with the interior of the continents surrounding them. The Pyrenees fairly seal off the Iberian Peninsula, and the Alps button up the Italian boot; river and mount conspire, to shut off the Balkans from the great plains in the heart of Europe and vast deserts or steppes enclose a thin strip of fertile land, along the shorelines of Asia Minor, the Middle East and North Africa.
Man has conquered all these obstacles; I particularly relish an old Slovenian tale, which has Jason and his Argonauts leave Colchis on the eastern shore of the Black Sea, then sail- or rather row- up the Danube from its estuary, to eventually hit the waters of the Adriatic around Pula, giving birth to the Slovenian nation, in the process. While the practicality of the thing is a bit baffling to this old sailor, the legend shows how much the idea of breaking the barriers around the sea is imprinted in the minds of the peoples inhabiting its shores.

The barriers have proved porous, in the end. Indo-europeans filtered through the narrow valleys of the Pyrenees, the Alps- both French and Dinaric- and the Caucasus, to reappear on the other side as Iberians, Italics, Hellenes and Hittites, to mix with the autochthonous Neolithic peoples and start the process that would lead to the formation of the modern nations that people the northern Mediterranean coast today.

Semites moved up the great river systems of the fertile Crescent to settle on the Canaanean coast. Nilotics followed the course of the river to people Khem, the Black Land, soon to be dotted by their Pyramids. Three thousand years later, the sea of sand would be pierced again, by the warriors of Allah- Arabs from the South, Turks from the East, who would then make the Mediterranean shore their home.

The Mediterranean as a melting pot? Possibly, up to a point, but certainly in an eclectic way. Geography, despite it all, has always been a factor in limiting human travel, especially mass movement. Greeks may have massively settled Asia Minor and parts of Italy, but their presence in the western Mediterranean basin was always rather thin, as the sea west of the Italian coast was never totally mastered by the Ancients. Romans were more successful, especially in spreading Graeco-roman civilization to the West, but in the eastern Mediterranean, the main European presence remained Greek, to usher eventually in the Byzantine culture.

Arabs marched too far from their homelands and failed to break through, either at Constantinople or Poitiers and while Slavs did cross the mighty Danube, they stopped before the gneiss barriers of the Rhodope and Pirin mountain ranges. Turks twice moved up the Danube to Vienna, but, as with the earlier march of the Arabs North, they were done in by distance and exhaustion, before being turned back by Austrian and Polish arms.

The occasional exception apart, the “melting pot effect”, if such there ever was, in the Mediterranean area, was forced by geography towards the formation of distinct cultural areas, all of which, however, share many common features. Some of these are due to the common geographical and climatic environment, but others stem from a common past.

So, if we were to confine our search for a Mediterranean culture to the tangible legacy of buildings and monuments, or to that of ethnological types and languages, we should stop here. However, the greatest achievements of the peoples of the Mediterranean are to be found in the realm of ideas.

The concept of State, of centralized power organizing a society, was Egypt’s contribution. Greece initially contributed philosophy- methodical, rational thinking on the Universe, then on Man. Taking it from there and applying philosophy to State politics, Greeks invented Democracy. This new idea then successfully passed the test of fire, at Marathon, Thermopylae and Salamis, a success reaffirmed centuries later, at Lexington, Valmy and the Normandy beaches.

Phoenicians perhaps did not invent Capitalism- this had to wait for the Flemish to come along (who said there are no famous Belgians?)-  but they did invent the free market, a step short of the former.

The austere and practical Romans forged the notions on Justice of older civilizations into Law, in the form we know and largely practice today. Their universal legal system, no less than their victorious legions, made Imperial Rome into the first truly “globalized” entity in History. Globalization enforced by the Romans helped spread one peculiar idea that was long unique to a small nation on the Mediterranean’s eastern shore.

These were the Israelites and their idea was their belief in the One God. By Revelation, for some, or by historical evolution, for others, this belief was to grow into Christianity, the first truly global religion. Monotheism would generate a third wave, 600 years later, with Islam, that would eventually line the Mediterranean coast with its monuments and the fervor of its faithful, from the Pillars of Hercules, become the Djebel al-Tariq, through the three monotheistic religions’ Holy Land, to much of the Balkan Peninsula.

Today’s world is far from perfect. Not every country is a Democracy, not every nation lives under the rule of Law, not all human relations are steeped in the Ethics handed down by Judaism, Christianity and- yes- Islam, to the dismay of the fanatics of all three religions; and Phoenicians would surely have a word or two to say, about what Wall Street’s Golden Boys have done of their free market.

But there is no corner of this Earth, where people do not prize Freedom above all else, freedom to live, freedom to choose, freedom to speak one’s own mind. Freedom secured by Democracy, defended by Law and hallowed by Ethic.

Every single one of these concepts was forged somewhere on the shores of this sea. If there is a Mediterranean culture, then the way of life based on these three concepts is its finest product. And if the yearning for Freedom is as universal as we believe it is, then the Mediterranean triad, Democracy, Law and Ethics really is the manifestation, in this world, of the fraternity of Humankind and- if I may say so- a manifestation of the Grace  of God.- 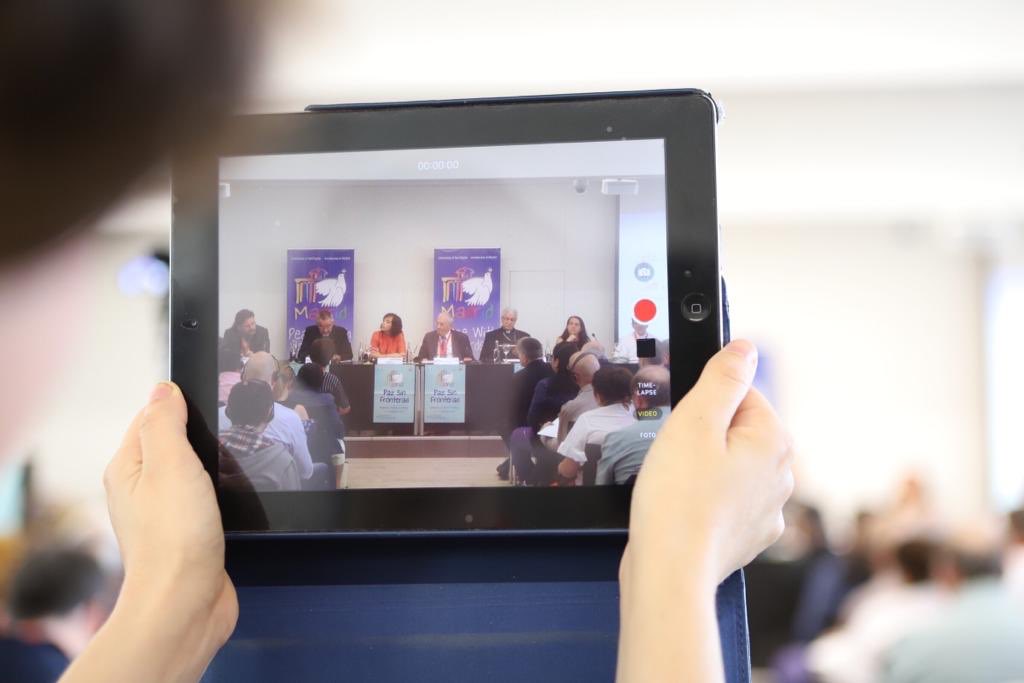 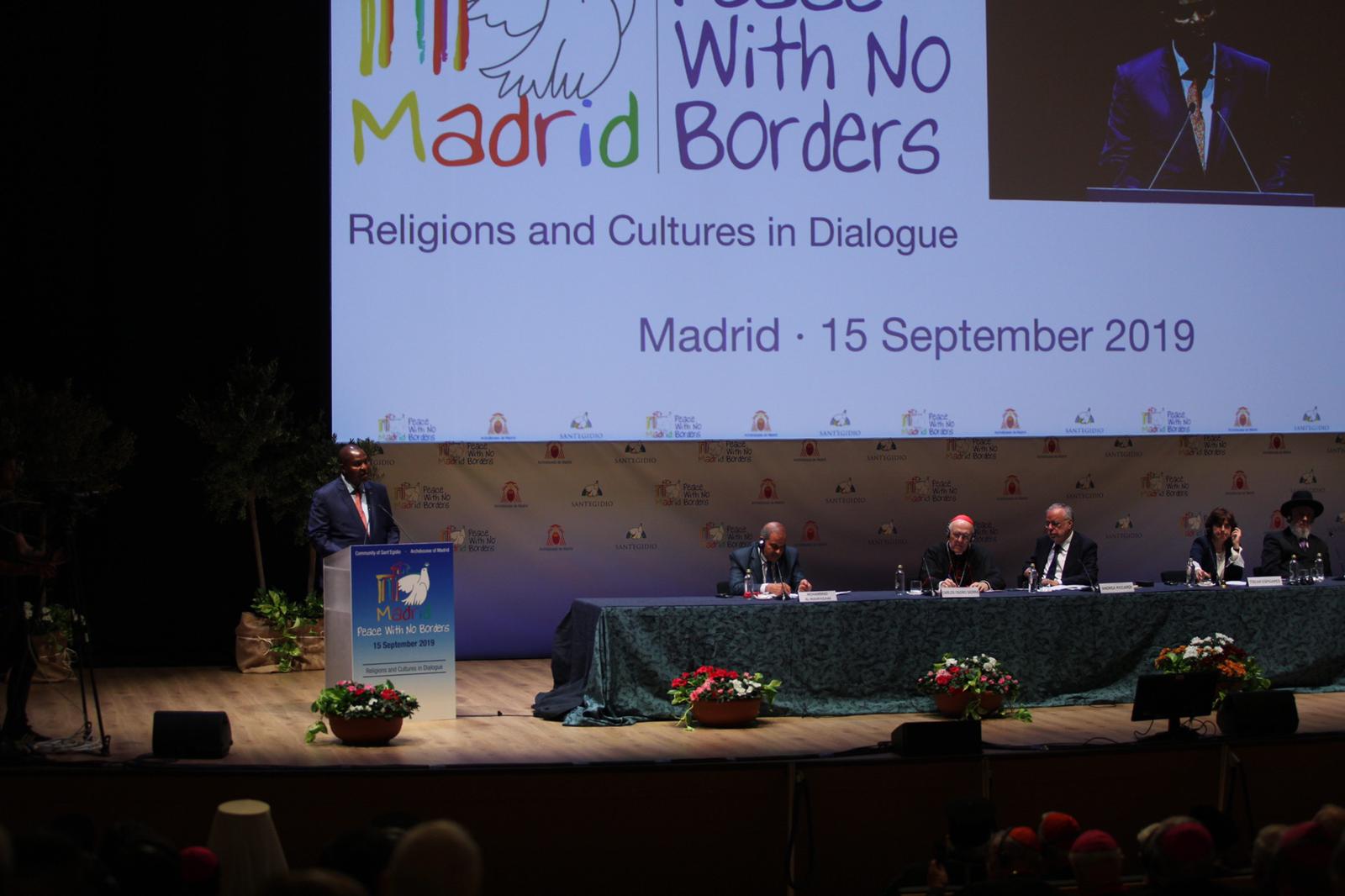