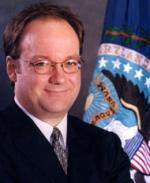 It is an honor for me to, once again, be with the Sant’ Egidio community…to participate in the Prayer for Peace…and to engage in dialogue and discussion with so many distinguished members of the global community.

It is also especially fitting that we hold today’s discussion on welcoming the stranger here in Cyprus.  As most of us are aware, Cyprus is the birthplace of Zeno—the founder of Stoicism.  The Stoics stressed universal brotherhood…and saw themselves as “citizen[s] of the world…” [Stobaeus, 2.77].

Someone who certainly understood this idea of universal brotherhood—of being a member of a global community—was the late Egyptian president Anwar el-Sadat.  It was on this very day—more than 30 year ago—that he formally accepted an invitation to visit Israel…to begin the process that finally ended the three decade war between Israel and Egypt.

At that crux of his action was his ability to overcome the innate fear that we often feel when dealing with those who are different than we are…those who do not share our culture, or faith, our ideas and ideals…those who our individual or communal prejudices tell us we must distrust or dislike.

It is the overcoming of fear that also lies at the crux of our discussion today:  Xenophobia and Philoxenia:  Welcoming the Stranger.  For there is not only a natural tension between fear and love—there is a natural human inclination to turn to the fear—to remain inside our zones of safety and comfort.  But, as beings imbued with a divine spark, as children of God, we are called to move away from fear…to move toward love—to not only welcome the strangers…but to recognize them…and to reach out to them in our midst.

Virtually every great religious tradition urges us to embrace the stranger.  In the Christian New Testament, Jesus tells us to welcome the stranger, (cf. Matthew 25:35).  The Qur’an tells us that we should “do good to…neighbors who are near, neighbors who are strangers…the wayfarer that you meet…” (4:36).  And in the Torah we hear that “The strangers who sojourn with you shall be to you as the natives among you, and you shall love them as yourself…” (Leviticus 19:33-34).

It is probably not surprising that a story of welcoming the stranger is common to the foundation of all three of the monotheistic faiths.  In the Book of Genesis, we learn that three men approach the tent of Abraham.  Abraham—probably also feeling the natural tension between fear and love—chooses not to turn from the strangers, but to embrace them.  Freely sharing his food and drink, the strangers then reveal themselves to him as messengers of God.

Abraham’s Biblical act of hospitality occurred during a time extraordinarily different—and removed—from our own.  It was a time when it may have been easier to recognize and provide for the stranger in our midst.  So when we examine this story of Abraham from a modern viewpoint, three questions come to mind:

• First, in a contemporary context, who is the stranger we are called to welcome?
• Second, why is it imperative in our current world that we welcome the stranger?
• And third, in the fullest sense, what does welcoming the stranger mean in the 21st century?

These are the three questions I want to discuss with you today.

When considering the first question, “Who is the stranger?”  The stranger is anyone that can be considered the “other”—someone whose background or beliefs…experience or insights are very different from our own:    The stranger is the person—the immigrant, the refugee, the illegal alien—who comes uninvited into our midst.  The stranger is the person living in our own communities whose race or class or lifestyle—whose ideas and ideals—are different from our own…as well as the lonely; the forgotten; the suffering.  And the stranger, the other, is someone in the global community whose culture or faith or nationality differs from ours.

But why is welcoming—embracing—the strangers, the others, in our own communities and the global community so important in our modern world?  That’s our second question.

We know that by welcoming immigrants and refugees into our nations, we become stronger societies…and by welcoming the strangers already living in our midst, we become better communities.

It is also particularly important to welcome as part of the global community—to reach out and embrace those around the world—the others—who do not share our respective culture or faith or nationality.  This is something that Anwar Sadat certainly understood.  After all, we know that our world is growing smaller.  Nations are more interdependent, individuals more interconnected, and the global community less divided. Unfortunately, as our world has grown closer, it has also become more polarized and prone to conflict.  On the international level, we’ve certainly seen this to be true in acts of terrorism across the globe; in “ethnic cleansing” in the Balkans, Rwanda, and other places; in conflicts in the Middle East, the Sudan, Sri Lanka, Chechnya, East Timor, and around the world—and even in ethnic tensions right here in Cyprus.

We know that violence, intolerance, and discrimination—whether between individuals or groups—often stems from a lack of engagement, interaction, and understanding.  That’s why it’s imperative that we reach out—that we engage and embrace—in other words, that we remain welcoming in the best sense of the word—to those whose faiths and cultures are different than our own.

Finally, by welcoming into that global community—that is, by reaching out, and supporting, and empowering—those who are not sharing equally in the benefits of globalization, we fulfill a moral imperative.  But our positive response is more than just an obligation.  Because when entire groups and communities are marginalized and exploited—when inequality is always present—violence becomes a way of collectively dealing with the hopelessness and lack of opportunity.  As Nobel Peace Prize winner—and a visitor to Georgetown University—Muhammad Yunnus has noted, “Poverty is a threat to peace.”  Just as war is the “mother of every poverty,” [Maxim of Sant’ Egidio community] poverty is also the mother of war and violence.

But in this 21st century, what must we do to truly welcome—to embrace—the stranger, the other?  That’s our third and final question.   I believe that to welcome the other requires that we engage in solidarity.  Solidarity demands that we take a deep and penetrating look within our own hearts and minds to seek out— and acknowledge—the dark roots of injustice, hatred, conflict, fragmentation, and marginalization.   It demands that we recognize the human dignity of every individual.  And it demands that we accept responsibility not only for our own development—but for the collective development of the human family.

Solidarity also demands more than simply service to those in need…to the marginalized…to the rejected…to those who are different—to the stranger.  It demands a true love of others that seeks to express itself in works of justice.

As Pope John Paul II wisely observed, “Solidarity helps us to see the ‘other’—whether a person, people, or nation—not just as some kind of instrument, with a work capacity and physical strength…but as our ‘neighbor,’ a ‘helper,’ to be made a sharer, on a par with ourselves…in the banquet of life to which all are equally invited by God.” (Encyclical letter Sollicitudo Rei Socialis, n. 39)

Pope John Paul II appreciated the common connection between all people.  His words remind me that Rabbi Nachman of Breslov—one of the founders of the Hasidic movement in Judaism—wrote in the nineteenth century that there is a narrow bridge between connection and identity which we all must walk.  We must walk the bridge with care—yet without fear.  Because it is fear, and distrust, and dislike of the other—of the stranger—that creates danger.  If we become fearful, we move to isolate ourselves and away from connection.  This is something—as Anwar Sadat and Pope John Paul II certainly understood—we cannot do.

Like Abraham, we must welcome the stranger in our midst.  We must engage the stranger.  And we must embrace the stranger—not just as the “other” in our midst—but as an equal member of the global community…a community of which—as Zeno would have agreed—we are all part.  By doing so, we will truly move away from fear…and move toward love.