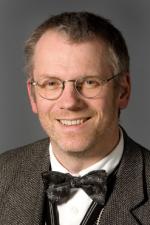 Thus, I was not amused when I was friendly asked to speak out on the question whether Europe's time has come, and that in this illustrious circle.

Sure enough, we editors have also learned to control our temper, for which we must not only rely on subtle techniques like yoga. In fact, we have a rather banal method at hand, which also offers the advantage of having a very easy name. It is the W-method.

If you should now be thinking of a politician whose second name is Walker, commonly abbreviated to W, you are on the wrong track. What I mean has nothing to do with George W. Bush. It is a lot easier: "W" conceals short, specific questions containing the letter "w": Who? What? When? Why? Which source?

Let me try to find a short answer to the question I was asked by applying this "W"-technique.

First answer: The answer to the question "Has Europe's time come?" can only be a counter-question: "What does "Europe" mean?"

What could be the answer to this question? The Italian author Claudio Magris has recently found an answer with the help of church father Augustine: "I feel as a European, but concerning Europe, I feel like Augustine concerning time: When not asked what it is, I know what it is. When asked, I do not know any more."
The same goes for me. I; too; feel as a European, but which Europe is meant when mostly the political elites keep on talking about Europe's time, I do not know.

Anyway: Seen from outside, the EU is a success story, written in a way as a palimpsest on the map of a continent, which has brought itself time and again to the brink of self-destruction by nationalism and hatred. Sixty years of peace in Central and Western Europe together with a constantly increasing prosperity for more and more citizens - this has never existed in living memory. This is at the same time success and commitment, the more so as the European Union at the beginning of the 21st century has, at least geographically, little to do with the EEC of the immediate post-war period…

Has Europe not only become more peaceful and united inside her borders, but also more capable and willing of acting outside her borders? At this stage, there is not much evidence that this could be the case. If I am not mistaken, there is no ad extra equivalent project to match the ad intra European project of a "common place for freedom, security and justice.

Can there be one at all?

Let me mention just one aspect. What has been called the "eastward enlargement" of the EU in the language of politics was something completely different for Pope John Paul II: it was a reunification. This reunification, however, brought together what was not separated of the own free will. While the totalitarian age ended in Western Europe in 1945, it lasted in Eastern Europe for longer than four more decades. This influences greatly.

Up to this day, the countries within the sphere of the Soviet Union's influence not only tell the history of the 20th century in a different way than Western societies, which are based on a democratic constitutions. They also read the present in a different way and fear different things for the future, as the armed conflict between Russia and Georgia – two peoples claiming to be Christian – clearly showed this summer.

For how long the traumas of the 20th century will still be alive, I cannot tell. But one must not be a prophet to suspect that decades will have yet to pass until Europe can act politically as if it were the United States of Europe – if at all.

The question about the exterior borders of the EU will arise again not within decades, but already within a few years. In geographic terms, the answer is well-defined. Every political answer, however, will provoke substantial political turmoil. Shall the Ukraine, for instance, remain excluded, if Turkey will become a member? Shall Turkey be accepted, because the Ukraine is not being considered? Or shall both states stay outside?

In short: While the political basis of a "Common Foreign and Security Policy" has not been particularly broad during the days of the "Old Europe" (Balkan War), it has become rather narrower due to the European reunification.

Should we believe, however, that Europe's, or the EU's time has not yet come, we have only answered the What-question. Now what about the Who-question?

There are good reasons to argue that a cultural definition of Europe precedes all political definitions. If one does not know what Europe is, one can at least know by intuition what a European is and what his characteristics are.
Allow me to quote Claudio Magris again: "If one looks for similarities in the diversities of Europe from Spain to the polar sea, the emphasis on individualism must be mentioned first: the dignity of the individual against all totalitarian tendencies"

Europe is not only the cradle of the idea of universal human rights, the enforcement of which the "Europeans in spirit" from across the ocean have made a top priority. The American project though goes hand in hand with some sort of cultural amnesia. Unlike old Europe, they do not believe any more that emphasising individualism requires a regulating political and economical framework

Nevertheless, there is some disarray in old Europe's regulating structures- whether it will stand the test of the storm of globalization or the hurricanes of global financial crises or of the rises in the price of raw materials remains to be seen.

Esteeming the individual is not without risks as well. I could give you plenty of quotations from the works of Joseph Cardinal Ratzinger, in which he criticises modern Europe no less than many a Muslim dignitary would criticize it. Sinking birth rates, the dwindling respect for the forthcoming and for the expiring life as well as an instrumental attitude towards nature, which no longer appears as God's own creation, indeed point to the fact that Europe's time might not be yet to come, but that it might have already passed, because Europe has become "empty from within" (Ratzinger).

This is a rigorous judgment. But let us take Europe's Christian character as a proof. The regulations of social interaction in Europe owe a lot to Christianity. But the fact that two thirds of the Christians of the world lived in Europe lies a hundred years behind. Nowadays, two thirds of the Christians live outside Europe, tendency ascending, and not only social conflicts immigrate into European societies with the immigration from former colonies or from countries which offered plenty of cheap labour force. Religious pluralism, too, grows at a speed, which makes Christianity in many places literally look like an old religion of an indigenous population, which grows increasingly older. Must that really mean that a considerable part of the European elites know absolutely nothing about the Christian roots of Europe…

All in all, we Europeans have no reason to be arrogant and to believe that our time in the history of mankind has come, just because the man with the second initial "W" leaves the political scene. Bush's successor Obama will certainly demand more from Europe than Bush, certainly not to the delight of most Europeans. But what would Europe be without America? Not only in the recent past including the war in Bosnia, but also in the future?

In a world, in which there is permanent talk of the clash of civilizations, we Europeans should not get tired of describing our history (of success) as a result of a clash within civilizations.

What and who Europe is has emerged in the course of a process full of conflicts, a process which for the church as well has not always been glorious.

And should things really get that far, there would be no reason for European arrogance. As little as there is an end of history as such (every European nation has her own skeleton in the cupboard) as little can be expected that setbacks in the field of political culture are excluded as a matter of principle. The times of clashes have not come to an end, at least not at the edges of Europe, and nobody can exclude a clash on the scale of the passed world wars. Events in Congo are boding ill.

Either way: The right to live needs more advocates in every respect

It is doubtful, however, whether the Europeans are enjoying the same authority in this respect as they enjoyed before. No one less than Joseph Cardinal Ratzinger has pointed out a few years before he was elected pope, that the "absolute profanity, which has developed in the occident" is something entirely alien to the "cultures of the world". "They are convinced that a world without God has no future. Insofar, multiculturalism brings us back to our own self. Europe should deliberately look for her soul again."

But who or what is this Europe and what is her soul?

In the same context, Ratzinger pointed out in the words of the historian Arnold Toynbee that the destiny of a community "depends time and again on creative minorities". Christian believers, too, should consider themselves as a creative minority.

I do not know whether Ratzinger had Sant'Egidio before his eyes as early as that. But one should think that after having attended last year the community's World Reunion for Peace in Naples as Benedict XVI., the Pope might reckon you (us) among these creative minorities – in contrast to the mostly secularist elites, which call the tune in most European countries.

There is a lot to do for these minorities, not least for the dialogue with Islam, to which Sant'Egidio has contributed a lot in the past, and which recently entered a new era with the Catholic-Islamic Forum.

Two years ago, Pope Benedict expressed the purpose of this dialogue in his address to the members of the Roman Curia at the traditional Exchange of Christmas Greetings as follows: "In a dialogue to be intensified with Islam, we must bear in mind the fact that the Muslim world today is finding itself faced with an urgent task. This task is very similar to the one that has been imposed upon Christians since the Enlightenment… As in Christian community, where there has been a long search to find the correct position of faith in relation to such beliefs – a search that will certainly never be concluded once and for all - , so also the Islamic world with its own tradition faces the immense task of finding the appropriate solutions in this regard. The content of the dialogue between Christians and Muslims will be at this time especially one of meeting each other in this commitment to find the right solution. We Christians feel in solidarity with all those who, precisely on the basis of their religious conviction as Muslims, work to oppose violence and for the synergy between faith and reason, between religion and freedom."

In this spirit, the time of Europe and of the Christians as a creative minority within Europe has certainly come.