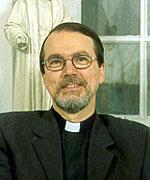 The Universal Declaration of Human Rights (1948) and international human rights treaties set out a long list of specific human rights that states should respect. In the current discussion of human rights it appears, however, that nearly any interest serves to ground a claim to a human right. The multitude of different, often conflicting conceptions of human rights indicates on one hand that human rights are valued. On the other hand, it is evident that increasing reference to human rights weakens the concept of human rights. In order to be able to speak about and defend human rights, it is necessary to delimit them.

What are human rights about?

Human rights are a set of minimal standards that are required for people to live with dignity and to have a life that can be called human. Human rights are not in the first place an expression of human individuality. Human rights form a system founded on community and maintained by community.

Realization of human dignity requires that the community and its members are committed to guarantee everyone all the things s/he needs to grow as a human being and carry out his/her duties as a member of the community. Human rights violations are not targeted only at an individual but also at the community. Ultimately, human rights abuses violate life.

No human dignity without human worth

Human rights are grounded in what are considered to be some basic, indispensable, attributes for human well-being, which all of us are deemed necessarily to share. Human rights are not only about claims and liberties. They also assign duties to everyone, either on the basis of one’s status or role, or as general responsibility to treat others in a humane way. The realization of human dignity presupposes that a human being is treated with dignity but s/he also respects the dignity of other human beings.

The concept of human being

Human rights contain a dynamic concept of human being. Human rights define the space needed to be a human being: to make necessary decisions and carry out duties and responsibilities. Living together with others requires moral judgment. Human being can weigh up different options and make moral judgments only if s/he has enough liberty. For a human being to be able to respect the dignity of others, s/he has to be a moral agent. Only a free person can be truly moral.

Are human rights a Western concept?

We have to distinguish between human rights as a term and human rights as a concept. The term human rights is no doubt of Western origin. However, the concept of human rights contains an idea that in every community there is a category of acts which are either permissible or required in the community. It seems likely that even if the community didn’t use language equivalent to our language of rights, it must have had some way of assuring people beforehand that certain kinds of actions would be well received and of warning them that certain other kinds of actions would be opposed. How that was done, and what kinds of actions were respectively encouraged and discouraged, no doubt differed from one community to another, partly as a result of difference in the circumstances of their lives. (Kilcullen)

It's indisputable that different, even contradictory, views exist on the content of human rights. This does not however undermine the possibility to view human rights as a universal and objective moral concept. The communities differ, and therefore the way the relations between the community and its members are organized cannot be the same everywhere and at all times. However, it is important to set a limit to this diversity and variation, otherwise we are driven to moral relativism and miss the opportunity to criticize our own culture and traditions as well as other cultures. Moreover, we need to take into account the fact that formulating human rights does not guarantee that they are respected. Despite the fact, human rights offer tools to make visible what kind of criteria is required for the good organization of the relationship between community and its members.

Human rights have until recently been viewed as the product of the Enlightenment and closely connected to the liberal western tradition. The concept of human rights has, however, evolved in the course of hundreds of years within the European societies. The Enlightenment thinkers collected up the thinking of the previous centuries. With the Enlightenment, though, more emphasis has been put on individual human rights, whereas less attention has been given to rights as the articulation of the relationship between the well-organized community and its members.

Human rights are not only a political concept, but include also a normative conception of human being. Human rights include an idea of human being as an active agent. This starting point coincides with the Lutheran social ethics. Another central element of human rights is the demand for reciprocity, the principle being that reciprocal recognition and respect of rights ensures that one's own rights will be protected. This can be understood as the political implementation of the Golden Rule.

The normative conception of human rights can be clarified also with the help of two central and interconnected concepts of the Lutheran theology, namely faith and love. Inherent and inviolable human dignity is not based on person’s characteristics or deeds, it is a gift In the end, human dignity is a matter of faith: no community can respect human rights, if its members do not believe in everyone’s inherent dignity. It is the duty of a Christians to love his/her neighbor in the same way as the Christ loves him/her. Loving your neighbor requires empathy and response to his/her needs, in short respect for his/her human rights.

Human dignity is not a reward for good behaviour. It is not something people earn. Being human is the only condition for being entitled to human dignity. Human worth, however, is a moral concept. It is not a gift, but based on human action and the way a person treats others. Human dignity can therefore come true only in a reciprocal relation with other persons.

Human rights doctrine is committed to the concept of human being, who is morally responsible for his/her actions. The freedom connected to human rights does not mean liberty to act as one desires. Rather it entails the freedom of the moral agent to assess goals, weigh up options and take action. This conception is in line with the Christian faith.

Civil society which is grounded on human rights hasn’t got moral or political authority, which can dictate social life. Respecting human dignity means that people are acknowledged as fully competent political actors. Decisions are made democratically. Defects can be criticized, earlier, unsuccessful decisions can be reversed and things can be changed. Also the church participates in discussion and action which promotes common good and is morally right. A society which is organized in this way corresponds with the Lutheran conception of good secular authority.

In conclusion, human rights thinking has been a remarkable social innovation, which comprises discussions and insights gained during hundreds of years. As a result, the concept of human rights incorporates at least part of our common morality. Despite its deficiencies, the formulation and codification of human rights have enabled to considerably improve the life of communities and human beings. Human rights violations continue to occur in the societies which comply with human rights norms, but today offenders can be convicted and the victims supported on the basis of human rights.

Grandi (UNCHR) on migrants at 'Peace with No Borders': "Let’s stop talking about closed ports: let us give an answer to the humanitarian crisis and European’s anxieties"