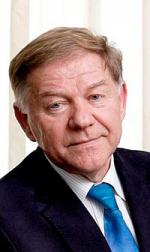 The Malaise of Cities and Existential Peripheries

• The necessity of dialogue of religions and cultures
IT | EN