MENU MOBILE
ROME 2021 > ARCHIVE > SEPTEMBER 11: RELIGIONS IN DIALOGUE FOR PEACE > MEMORIAL CEREMONY OF THE TENTH ANNIVERSARY OF THE ATTACKS IN THE USA ON SEPTEMBER 11 2001
PreviousNext 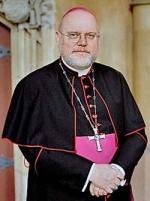 The images of the attacks on both towers of the World Trade Center have left a deep impression in the memory of humanity.  These are images of fright, violence, terror, and fear.  We can all recall this day; we still know what we were doing, what struck us; we can still feel the shock and the growing commotion as the hours passed.
Even ten years later this wound has not completely healed; what happened cannot be regarded as settled.  Because the consequences of this inhuman act remain with us.  Violence goes on in armed conflicts, in renewed reactions of violence and counter-violence, a chain of which the end cannot yet be seen.  So today we are challenged again to reflect.  We are talking about a commemoration in a larger sense, a memory that becomes a duty.
We think of the victims of 11 September 2001 and of all the victims of war, violence, terror during the past ten years.
We think of the enormous readiness of people to help that was made manifest on 11 September 2001.  We think of the soldiers, women and men.
We think of all who are engaged in different domains to help bring an end to terror and violence.
And we think anew about how we can overcome the logic of violence and fear, the spreading of hate and separation.
Because the horrific acts of 11 September 2001 had two goals: on the one hand, the goal of the greatest possible destruction and devastation of human lives, the creation of images of fear and anxiety. On the other hand, the goal to force the world, and especially the people of western civilization, into the logic of violence and terror.  It was and is about letting terror set the political and social agenda.
And of course it is true: we need protection against those who act with violence and an unimaginably evil fantasy against innocent people and who only want destruction. But our answer should be larger and deeper.  The United States and the whole western civilization, even the entire world community, which was the aim of the attacks, should go beyond the direct defense against violence and find answers for peace and living together in a global world.  In a world in which different cultures, religions, convictions must and can have a place.
Sometimes it seems to me as if, in the search for these larger answers, the last decade has been a lost decade.  We have been too focused on scenarios and rhetoric of war.  We have to learn again that our world can only function in the future in an order of justice and solidarity, with forces of reconciliation, peace, and living together.
This world peace meeting here in Munich wants to give courage and orientation in this effort.  Then, step by step, our world can be changed for the better. This is not something we will give up on.
So 9-11 ten years later is also a task, a mission, not to submit to the logic of revenge, of violence, and of animosity, and not to let ourselves be dominated by this logic. But on the contrary, to commit ourselves courageously and for the long term to peace, justice, encounter, and reconciliation.  What alternative do we have?
The representatives of the religions here present want to engage themselves in this movement.  We oppose ourselves firmly against the misuse of the name of God, against any violence, exploitation, suppression in the name of religion.  To invoke the name of God and kill innocent people is blasphemous!
By our gathering here together in Munich we want to show that religions can be sources of peace, of real dialogue, and of reconciliation.