MENU MOBILE
ROME 2021 > ARCHIVE > SEPTEMBER 11: RELIGIONS IN DIALOGUE FOR PEACE > RELIGIONS AND THE VALUE OF LIFE BY LEON LEMMENS
PreviousNext

Religions and the value of life by Leon Lemmens 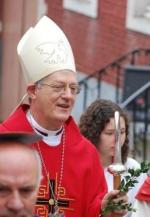 I want to express my thanks and respect towards the Community of Sant’Egidio for its immense engagement in defense of the life of the poor, the weak, the elderly, the sick, the prisoners, the gypsies and the immigrants in so many cities and countries in Europe and in Africa, in the Americas and in Asia, and I thank Sant’Egidio for giving me the occasion to participate in this beautiful meeting and at this panel.

The book of Genesis, the first book of the Jewish as well as of the Christian Holy Scriptures, begins by telling how God created heaven and earth and how He gave life to every living being, especially to man and woman. And there it is stated: “So God created man in his own image, in the image of God he created him; male and female he created them. And God blessed them” (Gen 1, 27-28).

So, the Jewish-Christian Holy Scriptures communicate as the first and most fundamental understanding that this world we are living in was created by God and that at the heart of this world, as its most precious treasure, there is man and woman, “created in God’s own image”. Every man, every woman carries the mark, the seal of the Creator, they reveal his glory and God’s blessing rests upon them. The exceptional value of life of every man and woman could not be expressed in a more forceful way.

Every man or woman whom a believer meets, whom he has to deal with, whom he hears about, is presented to him as a bearer of God’s blessing and as created in God’s own image. In every encounter, the believer finds himself in a precise and profound way in the presence of God. Even one’s own life does not appear to him as one’s own exclusive property, as one’s possession, but always also as a precious and unique present of God of which he has to take care with gratitude, respect and responsibility. The most profound dialogue a man can have in this life is the dialogue with his Creator. A very important contribution of religion to the life of the faithful is to awake, to nourish and to stimulate the inner dialogue with his Creator. This is why prayer and charity constitute the very heart of the life of the faithful.

But often, the glory of God on the face of every person seems to be darkened or hidden for our eyes, which so easily are in the grip of a materialistic and selfish way of thinking and living. And that is why, on many pages, the Bible underlines how these persons who risk to be put aside in human society, as the weak, the poor and the foreigners have to be treated with respect and dignity as men or women created in the image of God.

The psalms engraves the poor’s prayer for help and defense into the heart of all faithful and proclaim Gods particular friendship and love for them, as it is said in Psalm 72: “For the Lord delivers the needy when he calls,  the poor and him who has no helper. He has pity on the weak and the needy, and saves the lives of the needy. From oppression and violence he redeems their life, and precious is their blood in his sight” (Ps 72, 12-14).

In the Gospel according to Luke, Jesus blesses the poor, “for theirs is the kingdom of God” (Lk 6, 20) and we see him going out, day after day, to heal the sick and to nourish the hungry, while he teaches his disciples to do the same. It is the profound perception of the dignity of every person, and this passionate perception of the glory of God on the face of every person awakens strongly in Jesus, and it should awake strongly in every follower of His, when He sees how people who are suffering are put aside by society or regarded as being of less value because they are disabled or sick. Jesus does not accept this, he reaches out to them immediately, puts them at the center and intervenes to heal and reintegrate him.

But what is in today’s Europe the value of life of many elderly who often end their lives in a nursing home, separated from the ordinary life of society, often abandoned in their suffering? What is the value of life of those elderly who are affected by Alzheimer disease or another mental disorder? Who discovers on their faces the light of the glory of God? Who becomes their friend and companion, who by his mere presence and friendship enlightens their faces? The attempt to legalize euthanasia in several European countries reflects the actual incapacity of many to discover the spiritual beauty of the elderly and to enlighten their lives.

But we also could put the question: What is the value of life of an African child affected by HIV? How much resistance has there not been in the Western world for many years to accord them the right to be treated with antiretroviral therapy. When the Community of Sant’Egidio started its efforts, fifteen years ago, to provide antiretroviral therapy to HIV patients in Africa, no one supported them, on the contrary, for a lot of reasons, nearly all big institutions of the Western World were outspoken negatively towards such an endeavor. If today, fortunately, it has become common opinion in the world that antiretroviral therapy should be offered to all HIV patients in Africa, we owe this in large part to the stubbornness of Sant’Egidio, which could not accept that the life of an European child would be of higher value than the life of an African child, that the therapy would be available to the rich, but not to the poor.

In the Book of Leviticus, God commands that in Israel, foreigners are to enjoy the same treatment as natives: "When a stranger sojourns with you in your land, you shall not do him wrong. You shall treat the stranger who sojourns with you as the native among you, and you shall love him as yourself, for you were strangers in the land of Egypt: I am the LORD your God” (Lev 19,33-34). In our days, this commandment has to be remembered by all faithful in Europe, as on our continent, many voices are concerned about the presence and influx of immigrants, opposing them to the so called “own people”.

In view of the actual outbursts of discrimination, humiliation and even violence towards gipsy communities in many European countries, this has to be remembered by religious leaders. I am very happy that on June, 11th, 2011, Pope Benedict XVI took the lead, giving a special audience in the Vatican to the European gipsy communities. And I like to quote some words of his address to the more as four thousand European gypsies who were present: “Being without a homeland, in spirit, you considered the entire continent your home. Nevertheless, serious and disturbing problems persist, such as the frequently difficult relations you have with the societies in which you live. Unfortunately through the centuries you have tasted the bitterness of inhospitality and at times, persecution, as occurred during the Second World War: thousands of women, men and children were barbarously killed in extermination camps. It was — as you say — the Porrájmos, the “Great Devouring”, a tragedy still little known and whose proportions are difficult to gauge, but which your families bear impressed in their hearts. The European conscience cannot forget so much suffering! May your people never again be the object of harassment, rejection and contempt!” For a person of faith, there are no strangers or foreigners, precisely as Leviticus says: “You shall treat the stranger who sojourns with you as the native among you, and you shall love him as yourself”.

And this is even true for those persons who are guilty of terrible crimes. They always remain a human being created in the image of God and deserve to be respected. No one has the right to take their lives. This already becomes evident in the fourth chapter of the book of Genesis when Cain, after having has murdered his brother Abel, is called to account by God: “Then the LORD said to Cain, "Where is Abel your brother?" He said, "I do not know; am I my brother’s keeper?" And the LORD said, "What have you done? The voice of your brother’s blood is crying to me from the ground” (Gen 4, 9-10). Cain denies being his brother’s keeper, but God reveals himself as the keeper of every man and no one can touch the life of another without touching God himself. But then He continues to defend the life of Cain, a murderer: “The LORD said to him, "If anyone kills Cain, vengeance shall be taken on him sevenfold." And the LORD put a mark on Cain, lest any who found him should attack him” (Gen 4, 15). And this is why people of faith have engaged in a worldwide campaign to abolish capital punishment and the Community of Sant’Egidio is very committed to this work, gathering for instance every year an important meeting for ministers of justice coming from many countries in Africa, Asia and the Americas to encourage and inspire one another in order to abolish death penalty in all countries and to fight against the widespread practice of lynching, and these efforts have already led to the abolishment of capital punishment in several African and Asian countries.