Thematic Remark by Dr. Danilo Türk, President of the Republic of Slovenia 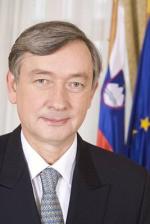 President of the Republic of Slovenia
biography

It is a great privilege and honour  to offer a few thematic remarks on the occasion of this august gathering. I am grateful to the Community of Saint' Egidio for the invitation. I wish to pay special tribute to the Community of Saint'Egidio and the  Archdiocese of Munich - Freising for having prepared  this international meeting for peace, and to H.E, Christian Wulff, the President  of  the German  Federal Republic  and Mr. Hor! st Seehofer, the Minister-President of Bavaria for their inspiring addresses.

We have gathered today on the anniversary of one of the most tragic and ominous events in recent history - the terrorist attacks on the United States,  which took place on September 11 exactly ten years ago. I lived and worked in New York at that time and I shall never forget the depth of tragedy and the pain inflicted upon so many people in a single vicious and utterly criminal act. Today we mourn again. We remem! ber the victims who lost teir lives and many others who became victims of deep psychological trauma and the post traumatic stress disorder.

Peace is much more than mere absence of war. It has many faces and many names. Most of us gathered today recall the words of Pope John Paul II who explained that development was a new name for peace. He was right. Stagnating and underdeveloped societies are much more likely to develop a sense of grievance and injustice that, in turn, so often lead to violence and&nb! sp;destruction.

Peace is an important human value. It will be upheld and supported in those societies where this value is recognized and where governments behave in accordance with the requirements of peace. These include not only respect for international law and other requirements of  the Charter of the United Nations, but also - and in particular - the need t! o uphold justice and fairness at home.

Iustitia regnoruum fundamentum est - justice is the very foundation of government and stateauthority. As such it is a vital basis of peace. Let us take ! a moment to reflect on the meaning of justice. Very often justice is perceived in terms of institutions and procedures - the courts of law, the judgments and the due process of law. In the process of rebuilding of war- torn societies, justice systems and punishment of crimes committed during the war are among the guarantees of the durability of peace.

In the recent decades Europe has experienced a constantly growing immigration. Migrants represent 8,7 per cent  of the total European population. This has produced a certain impact on employment, social services and crime rates. At the same time, it is disturbing that  the public image of immigration and its effects is often inaccurate. It is disturbing that  some of the political actors and media system! s systematically produce a distorted image and portray immigrants as a threat. The very real need for immigrant labour in Europe is ignored and thenegative effects of immigration exaggerated. Racism and xenophobia are on the rise. Racialand religious prejudices are becoming ever more frequent.

In this situation we have to appreciate the initiative of the Council of Europe, the organization that has historically established itself as the major protector of human rights in Europe and has convened a group of eminent persons under the chairmanship of a prominent German, Mr. Joschka Fischer. The group has produced a serious analysis of the problems o! f migration and a wide range of recommendations for policy and action. Their report has the same title as our gathering - Living Together - and it is a strong appeal to Europe and Europeans: Do not allow the closing of European mind; do not allow racism, xenophobia and other prejudices to prevail. Mobilize the educators, the mass media, the employers and trade unions, churches and civil society groups, celebrities and role models! Mobilize them in a broad effort for openness,for human rights, for justice, for fairness.