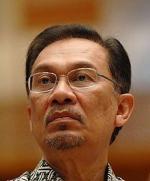 "On this day, exactly ten years ago, when I was still held in solitary confinement in a Federal prison back home, the guard came running to my cell and shouted: “They have bombed the building! Huge explosion, planes were hijacked!” Being cut off from the electronic and print media, I could not at that time visualize the real extent of that event. However, three days later when someone smuggled in a copy of the 12th September newspaper I discovered to my utter horror the carnage and destruction wreaked by the September 11th attacks. Within a week, I managed to dispatch an article to Time magazine condemning the attack and calling for calm and sanity to prevail fearing naturally that this event would unleash reprisals and a new tide of hostility towards Islam and Muslims."

"How anyone could commit such dastardly and evil acts is beyond our understanding but we know that the history of mankind is littered with unimaginable acts of depravity and cruelty. And though it is said that “humankind cannot take much reality”, we should at least have the humility to appeal to a higher Reality, one which is the End-All and the Be-All. Here, permit me to quote a short passage from Of The City of God, by St Augustine of Hippo:

“In this, then, consists the righteousness of a man, that he submit himself to God, his body to his soul, and his vices, even when they rebel, to his reason, which either defeats or at least resists them; and also that he beg from God grace to do his duty, and the pardon of his sins, and that he render to God thanks for all the blessings he receives.”

"Jihad is spiritual cleansing. It is a call to the soul of the faithful to fulfill the tenets of the religion by doing good and averting evil, establish justice, promote charity and help the weak and the poor. Above all, jihad enjoins Muslims to maintain peace and harmony and safeguard the sanctity of life and property. This is the cornerstone in the discourse on Islam and the West for the debate has invariably been blindsided by the overriding misconception about Islam being a religion of terror and violence and one diametrically opposed to equality, justice, and human dignity. This ‘belief’ has led certain quarters to conclude that the term ‘Muslim democracy’ is an oxymoron.

But with the advent of the Arab spring, the old paradigm has crumbled and with it, one would hope, also the old misperceptions and prejudices. However, we needn’t have waited for these events to occur just to realize that Islam and democracy are perfectly compatible. We have time and again spoken of Turkey as an example of what a Muslim nation can achieve if its leaders stay true to the basic tenets of Islam. Today, with the Arab spring, we are optimistic that the newly emerging democracies of the Middle East will be, like Turkey, modernist, moderate, progressive and tolerant with justice and the rule of law as a motto for governance."