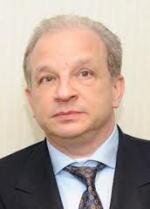 The phenomenon known as Globalization poses a challenge not only to states and to societies. It is more than a technological challenge to individuals, with which many of us, as we get older, cannot keep track.
It is also a challenge to us as religious communities.
As the lifestyles of people become more uniform, so do our values.
This certainly has a lot of positive aspects. There is a growing recognition of what we call universal human rights, including the freedom of religion. Although we have a long way to go, the world is making progress.
When massacres are committed, or wars started in some far part of the world, the whole world now hears about it.
Globalization means that people are almost forced to look beyond their own four walls, beyond the borders of their country.
Many people no longer choose to ignore when bad things happen elsewhere. The bloody conflict in Syria – or the one that took place here in Bosnia 15 years ago – is an example.
Globalization has led to an increase in international cooperation and, to me, that is a good thing. One example is the European Union, which is currently struggling to save the single currency. The fact that we are more interdependent means that we are obliged to discuss matters that affect everyone – above all the protection of our environment for future generations – with one another.

However, what isn’t so good is that people are increasingly less inclined to accept religious or cultural differences.
The spread of the internet, of satellite television, of Facebook and other social networks across the Globe has – unfortunately - not been accompanied by more tolerance, openness and respect for the other, as one might have hoped. Some walls haven’t come down; they have been made higher.
In many Western countries, we see that immigrants are not welcome, that border fences are becoming bigger, that believers from different religious backgrounds don’t get along, that populists are trying to exploit xenophobic sentiments.
In a way, it is looks schizophrenic to me: the more globalized our world, the more closed many people’s mindset seems to become.
Despite the unprecedented religious freedom we enjoy in many of our countries, many of us don’t consider followers of other faiths as equals.
Differences between religions, and even within religions, are often perceived as a threat. They can trigger violence and hate. Often, these differences are magnified bigger because we prefer to talk about, and not with, one another. Again: it is schizophrenic that never before did we have better communications tools at our disposal than today – the telephone, email, internet, Skype, etc., and yet we don’t seem to understand others any better than before.

Perhaps the Catholic Church, as the oldest truly global organization, with roots in most countries of this planet, can teach us something on how to organize oneself in an effective way on the one hand, and be integrative on the other. I think it is no coincidence that relations between the Catholic Church and the Jews are so good today, despite the occasional hiccup. It has something to do with fostering a mindset of openness and trying to understand where the other side comes from, what its core principles are, etc. That doesn’t mean that you have to agree with everything the other side holds dear, but a first step in dialogue is to respect that the other is different, and work on that basis.
What should happen more is that we should come to one another’s defense on important matters of religious freedom. I give you an example: as Jews and Muslims in Europe, we would like to hear the strong voice of the Christian churches when countries are trying to ban religious slaughter, or practices such as male circumcision. And I am sure that the churches would like to count on the support of Muslim and Jewish leaders when it comes to freedom of worship.

For nearly 2,000 years, since the destruction of the Second Temple until the creation of the State of Israel, we Jews lived in dispersion. Even today, we are still a small minority in all countries but one (Israel). We have been able to integrate in our host countries, and yet we also managed to preserve our religious traditions and a special bond, even without email, Skype and Facebook.
Today, wherever there are Jews there are also Islamic and Christian communities, and in reality no religion should pretend that its followers are superior to others.
In a globalized world, our common challenge, as representatives of different faiths, is to ensure that religious differences are not used as an argument for violence and hatred, because ultimately if we do that it would only discredit us and our religion and lead to a more secular world.
At the same time, we must continue to fight for diversity, for the right to be different.
But we must do that peacefully, not through violence against the other.
All of us, Christians, Muslims and Jews, are religious minorities, at least somewhere in the world. None of us have an absolute majority in more than a few countries.
In an era of globalization, our behavior as religious groups or leaders gets noticed. Nothing can be kept secret any more.

Jews, Christians, Muslims: We all want to keep our faith, our traditions, our special way of life. As we embrace globalization – and in my view we have no choice but to do so - we say yes to integration, but no to total assimilation, no to standardization.
If we can unite on this platform, I believe we can become a persuasive voice vis-à-vis governments and vis-à-vis society as a whole.
Most of our followers expect us to work together. Religions should be forces for good in today’s world, not for division, hatred or terror.
If they aren’t I am convinced that they will eventually disappear.