The Civilization of Living Together in Europe 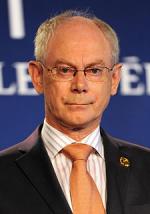 Sarajevo: a capital city, a multidenominational and multi ethnic symbol.
Sarajevo: witness of the death of more than ten thousand of its children.
This is why Europe’s vision and mission is to uproot war, forever. This is why, without the European Union, there will never be a long-lasting peace settlement in the West Balkans, so distressed by history.The future lies within the European Union. Peace should not be sought elsewhere. History taught us this painful lesson.

As much as a lesson arises from history, happily, and for the sake and the honour of the entire humanity, another lesson arises from a “special breed of people”: the Librarians of Sarajevo.
Librarians who, often at the risk of their lives, saved precious books from fire and bombings, and most especially the treasure represented by the Sarajevo Haggadah. We are not exaggerating when we affirm that the survival of this Haggadah enabled the survival of a multiethnic and multicultural spirit. IIn fact this Haggadah’s likely origin is in Spain, manufactured by a Jewish Sephardic community in the Fourteenth century. Its escape from the autodafé (book burning) was possible thanks to a Roman Catholic Priest in Venice in 1609. In Sarajevo, it was rescued from a Nazi plunder by a Muslim scholar in 1941, and survived the bombs again during the Bosnian War thanks to a Muslim archaeologist. This is why this manuscript miniature, among the world’s most famous, is, to me, the living symbol of this very special town. The Sarajevo Haggadah carries in itself a multicultural mark, as well as the destiny of all those who possessed it, protected it, saved it. From the Jewish sofer, to the National Museum of Bosnia Herzegovina where it is secured today.

I am intrigued that the symbol I am speaking of, is actually a book. As Jorge Luis BORGES has put it "everything in the world exists to end up in a book". Everything ends up in a book; everything brings us to a book. Everything started with a book, with the books: with the Torah, the Talmud and the Zohar; with the Bible and the Quran. But also, with the writings of all those who left us that very “surplus of soul” which makes of us a true man, a man and a woman, a fully human being.
I pay tribute, thus, to the books, better would be to say the ongoing interpretation of the books. We are actually enriched by the diversity, originated by the discussion around the founding texts, by the principle of controversy and by the permanent quest for a meaning. Actually there is no exclusive meaning: it is the diversity of the meanings which produces a sensible meaning. In fact the consequence of fundamentalism is to lock up people into a text, into a literal interpretation of a text. In times of transparent, open, and extremely swift communications, it is time to restore the need of a more nuanced and complex reading of any text.  A reading, an interpretation, that allows a text to express more than it actually seems to affirm explicitly. A plural and diverse interpretation, to the image of the diversity of religions.

4. The transcendent unity of Religions

Diversity of Religions and Faiths precludes both syncretism and superficial relativism: it strives for spiritual unity through one aspiration, one search.
Syncretism gathers more or less random elements which are actually impossible to unify. It is, in a nutshell, a kind of Eclectism, fragmented and incoherent. Instead, the movement toward unity in diversity acts mainly from the inside. It spurs the action of deepening one’s own tradition, so as to discard the seeds of all fundamentalisms. Therefore, there is a “transcendent unity” between the genuine religious traditions, which are diverse in aspect but united in the depths of their “metaphysic nutshell”. Each and every religion, and humanist philosophy, does undergo a similar spiritual experience, though expressed in the different languages of the respective traditions. This is why we do not pray together, but we sit, one beside the other, in prayer. I am keen in thanking, and warmly congratulating on, the Community of Sant’Egidio for its remarkable work of, year by year, bringing closer different people, while respecting their diverse traditions. All those who undergo a spiritual search drink at the same source: the source of love, the source of life. As Frédéric LENOIR superbly puts it in his book (L’ame du monde”) “The Soul of the World” edited this summer, and I quote:

"Each religion is like a mountain, a peak to climb. There is no use in making comparisons between them: every peak is beautiful and each and every path is rich of teachings. Each path presents obstacles to overcome and reveals magnificent landscapes. What is important is not to climb this or that mountain, or that other mountain, or the next one, but to take a pathway (to start a climb). Doing it with care, perseverance, keeping one’s heart open and one’s spirit awake. What changes us is not the name of the peak we are climbing towards, but the participation and love we spent during the journey. The world is beautiful for the variety of its landscapes. Spiritual life is beautiful for the abundance of its paths."

Towards the others: because if God created man to his own image, so that the man could see Him, by looking at his neighbour. The other is the image of God. To kill another man is therefore to destroy an image of God, and at the same time, cancel one’s own image, the image that is conveyed us by the other. Thus, a murderer kills himself, de-humanizes himself.
Towards a greater love: because human love is definitely the royal path towards God. And God is love.
Let us recall the letter of John: "We know that we have passed from death to life because we love one another. Whoever does not love abides in death”  (1 John 3:14).
We are personally responsible and accountable for this love, this journey towards - and with - the other. We therefore ought, day by day, to learn attitudes of tolerance, listening, solidarity and sharing.

6. The inhabitants of Sarajevo

The inhabitants of Sarajevo, under this perspective, taught a beautiful lesson to the other Europeans.
With your behaviour, you have taught us what actually means to be people of Europe which, from an etymologic point of view is the merging of the Greek words EURYS which means “stretched” and OPS which means "sight", resulting in EUROPÓS.
You, people of Sarajevo, are indeed “forward-looking” people, or, in better words, people who benefit from the open perspective of Europe-Europós.
Thousands of inhabitants of Sarajevo died, but their death will not be in vain. We ought not to revenge them, but honour them with a better and more harmonious future, restoring Sarajevo as it was: a watch light of tolerance and spirituality.
To paraphrase Gandhi, I would say: "continue to be the change you want to see in this part of the world”. Be sure that the European Union will stand by you, supporting you in this ambitious endeavour.
I personally will so do.

Somewhere, it is written that if you drink from a Sarajevo fountain, it will bring you back here one day. I will therefore drink with joy more than a mouthful!