Prayer for peace - a historical force 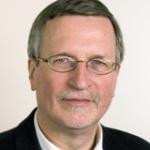 Dear brothers here on the podium, dear sisters and brothers in Christ,
thank you so much for letting me contribute to our topic as a voice from Protestantism. I will briefly present a few examples that make it clear what the historical power of prayer is.

Looking into the Protestant world, the foremost place is definitely that of Martin Luther, who was a great man of prayer.

Martin Luther, a man of prayer
For 20 years, he lived as an Augustine hermit, practicing the tradition of monastic Liturgy of the Hours, and also after the occidental Church broke apart, he remained a great man of prayer and meditation. "Today I have got a lot of things to do, so I need to pray a lot today", he once said, and he prayed three to four hours a day. For him, praying is the Christian's craft. "The way in which a shoemaker makes a shoe and a tailor makes a skirt is also the way in which a Christian should pray. A Christian's craft is to pray." Every word of the Bible, he said, can be wrought into a fourfold crown: teaching, thank, confession, request
For spreading the reformation, Luther relied on the power of the word and the power of prayer. He rejected the use of violence for purposes of faith, as it was preached by parts of the left wing of Reformation.
He considered prayer capable of all that is good, and prayer for peace was especially important for him. Thus, he translated the old Latin prayer for peace "Da pacem, Domine, in diebus notris" into German when the Turks were besieging Vienna. This sung prayer

Mercifully grant us peace, Lord God, in our times
For there is none other who could struggle for us
than you alone, our God.

has remained one of the most frequently sung prayers for peace among Protestants until today. It is no longer, and has not been for quite some time, a prayer for help against the Turks. Instead, in the 1980s, it became one of the most important prayers of the Peace Movement.

Noon prayers for peace
Even today, many Protestants say a prayer for peace every noon at twelve, when the bell calls for prayer. When the leadership of our Church, the Regional Church Council, convenes in Munich, we always interrupt the session at noon for prayer. This always reminds us that it is not it the hands of us humans to make peace on earth by ourselves, as our human ways of making peace always require God's assistance. "For there is none other that could struggle for us than you alone, o God."

The prayer for reconciliation in Coventry cathedral
The Cross of Nails Community and the prayer for reconciliation in Coventry Cathedral have been and still are a great source of reconciliation. On November 14th, 1940, the English city of Coventry was attacked by German bombers. 550 people died and numerous buildings were destroyed, among which also St. Michael's Cathedral.
During the works to clean up the rubble of the church, the then provost Richard Howard took three large carpenter nails from the roof truss that had been retrieved from the rubble and had them formed into a cross. Furthermore, he had the words "Father Forgive" written on the wall of the chancel and he had a cross made from two charred beams. Today, the original Cross of Nails stands on the altar of the newly built cathedral and is seen as a sign of reconciliation and peace.
Bill Williams, who was provost from 1958 to 1981 developed the idea of a community of Cross of Nails centers, and thus Cross of Nails Communities have formed worldwide as ecumenical communities of faith. Today, 53 parishes from 37 cities belong to it, worldwide, there are now over 160 of them. In 1960, the Coventry prayer for reconciliation was formulated and since then, it has been prayed every Friday noon in the chancel of the ruin of the old Coventry cathedral and in all churches that were destroyed in World War II, then rebuilt and are now part of the Cross of Nails Community. This prayer has made an essential contribution to the reconciliation of former enemies, who now jointly commit themselves for peace.

Prayer in Taizé
The Community of Taizé also has its origins in World War II. Its founder and prior, Roger Schutz, started out by helping persecuted Jews survive in this small village in Burgundy. Then brothers from different denominations congregated around him and they began living a monastic life in the old tradition of the religious orders. In different socially and economically deprived areas of the world, brothers live together with the locals and commit themselves for them. Many things have changed for the better. The source of this transforming power is faithful and constant prayer. Taizé shines a light into the Church but also into the dark places of the world. Similar things can be said about the work of traditional orders but also of more recent Protestant communities such as the Christ Bearers in Triefenstein, who pray, for instance, in Congo and in Kabul/Afghanistan and are there for the people as doctors and instructors.

Peace Prayers in the German Democratic Republic (GDR)
In a downright miraculous way, prayer for peace showed its historical power in the peaceful revolution of 1989 in the GDR. This is how things worked out:
From 1981 onwards, peace prayers were held in the trade fair city of Leipzig, since 1982 they took place every Monday. In addition, there were other events organized by the Peace Movement and in various churches. These peace prayers had a strong political and also regime-critical focus. More and more people took part in them, people who would no longer put up with life in the GDR and wanted to emigrate. With the general public becoming aware of this development, there was an increasing pressure from the State on the Church leadership to do something against this kind of peace prayer. But the pastors and groups that held these peace prayers could get their way against the Church leadership. After the results of the July 1989 municipal elections had been rigged, the Leipzig peace prayer become increasingly popular and many people flocked to them. The Monday prayers and demonstrations carried the protest into the streets and into society and made it visible. The state intervened, arresting many participants who demonstrated in the streets after the peace prayer. But resistance increased, with prayer giving people the inner force to remain non-violent. Those protesting after prayer now no longer called out "We want out!" but "We'll stay here!". Strengthened by prayer, people took their Christian responsibility for their land seriously.
One year after the fall of the Berlin Wall, a former member of the Socialist Unity Party's leadership, Horst Sindermann, admitted: "We had planned everything and we were prepared for anything, except for candles and prayers." That was how it happened. Prayer brought down what had been secured with separation fences, barbed wires and automatic shooting mechanisms. Those who prayed were well aware that an outside intervention was needed and that they would not be able to pave the way into freedom by themselves. They were the pioneers of the peaceful revolution.
Of course, decisive contributions to these developments were made by Gorbachev's perestroika and John Paul the Second's courageous words and deeds. But it is essentially due to the Monday prayers that there was a peaceful revolution in the GDR and an end of the dictatorship without bloodshed.

International Day of Peace Prayer
It is not only within the Churches that peace prayers have grown. They were also fostered in the domain of politics. Thus, during a United Nations General Assembly in 1981, it was decided to introduce an "International Day for Peace". In 2001, its date was fixed on September 21st. The then Secretary General Kofi Annan asked to increase the number of activities on this day. This is how the International Day of Prayer for peace was created in 2001, whose first participants, in an ecumenical framework, were the great Churches. On this occasion, the Decade for Overcoming Violence was also founded.
Let me conclude my contribution with the Coventry Prayer for Reconciliation.
All have sinned and fallen short of the glory of God.
Therefore let us pray: