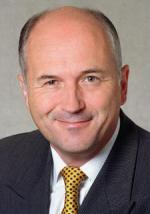 Let me begin by expressing my thanks to Professor Quattrucci and the Community of Sant’Egidio for organising this conference. I applaud the choice of Sarajevo for this conference because this city, through its long history of religions and cultures in dialogue, has set an example throughout the ages.

We are honoured by the presence of so many distinguished representatives of world religions and cultures. For their specific importance to Bosnia and Herzegovina, let me mention in particular Reis Ceric, Patriarch Irinej, Cardinal Puljic and Mr. Jacob Finci.

Bringing together those who are actively engaged in spiritual and religious encounter is an indispensable element in building peace – and I believe that today’s discussion can offer a unique and useful perspective on the challenges that Bosnia and Herzegovina still faces.


The possibilities of practical dialogue and consensus

As many of you know, this country made significant progress in its post-war recovery when the main political parties began to acknowledge and explore the possibilities of practical dialogue and consensus.

For almost a decade, Bosnia and Herzegovina began fulfilling its promise as a state. Among its citizens a cautious optimism emerged that the country could leave violence and poverty behind and move forward with confidence.

In the last four or five years, however, that confidence has – to a large and damaging extent – been displaced by uncertainty, and optimism has given way to apathy due to the political rhetoric and actions that accentuate differences instead of stressing common identity and common needs.

Consequently, the post-war settlement is not delivering fully the results that BiH citizens are entitled to expect.

But because the system isn’t ideal doesn’t mean that it cannot work.

The fact is that it can work – and for a number of years it worked well.

But it has to be made to work. It is a matter of political will, of dialogue and compromise, of tolerance and forgiveness, of courage in creating a common future. In this respect, religious leaders and believers in Bosnia and Herzegovina have an enormous responsibility, and one that has implications beyond the “spiritual” sphere.

As we know, Bosnia and Herzegovina’s religious communities have a long history of peaceful and mutually enriching coexistence, which we can still see in the traditions of good neighbourliness among followers of different religions.

But I believe religious denominations must go much further than this if they want to make a decisive contribution to getting Bosnia and Herzegovina out of its present difficulty.

If we truly believe in the sanctity of every individual life, then we are bound to uphold the rights, freedoms and privileges of every citizen, whatever his or her communal affiliation may be.

This fundamental truth, shared by all of the major religions in Bosnia and Herzegovina, is more powerful and resonant than any political argument.

Putting this truth into creative and courageous practice would radically alter the social and political reality and help to create an environment in which peace can take root.

Let me give you an example.

Rebuilding places of worship that were damaged during the conflict is a legitimate part of post-war recovery, and we have seen a number of cases in which members of one religion have helped members of a different religion restore a mosque or a church. I believe that these examples bear particularly powerful witness to the precepts of reconciliation and love that are at the heart of these religions.

To conclude, if religious communities in Bosnia and Herzegovina promote encounter among citizens of all faiths and backgrounds – with vision and confidence, then political leaders will not be able to resist the flood of positive energy that will follow.

I hope that this conference can offer practical proposals to facilitate real encounter in Bosnia and Herzegovina and creative alternatives in responding to the tragedy of the recent past. If it can do that it will be giving a valuable service to all the people of this country.