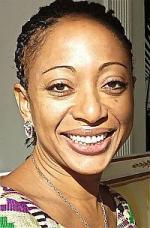 President of the “Kwame Nkrumah Centre”, Ghana
biography
1. International migration discussions recently, focus a lot of attention on what happens on the Mediterranean Sea. In fact, Pope Francis has had cause to call it ‘a vast graveyard of’, and rightly so. Over 9,000 Africans have died trying to cross to Europe over the past four years, not counting thousands who have gone missing, according to data from the Missing Migrants Project of the International Organization for Migration. Migration is a huge issue in Africa. We need to work hard to make conditions better for our people so that they don’t have to risk their lives trying to ‘escape’ hardships.
These are facts.
2. But the other fact, which rarely makes the news is that most Africans who leave their home countries move to another African country. It may surprise many but that is a fact. In 2017, out of every 100 immigrants in Africa, 79 were from Africa. This is important in putting the issue in perspective as many commentaries seem to suggest that somehow all of us in Africa are just hoping to catch the next boat to leave the continent. And this is happening in spite of obnoxious artificial borders hindering movement of people and goods. When we erase those borders, migration will have a huge impact on economic development and on job creation for the youth.
3. For young people, I think they want opportunity to explore their creative energies, harness their potential and enhance their lives. And the continent of Africa is a very youthful continent. As the World Economic Forum indicates, the world's top 10 youngest countries are in Africa. Niger tops the league with a median age of 15 years. Chad has a median age of 16 years. Overall, 65% of Africa's population is below 25 years according to the United Nations Population Fund. Some estimates have it that Sub-Saharan Africa’s youthful population could add 500 billion dollars annually to the region's economy for 30 years. But this can only happen if the youth are well educated and enough jobs created to absorb them. I think this is the challenge; providing quality education for our youth and creating suffice to jobs to absorb them.
4. Although this challenge is huge, it is not insurmountable. It does however call for a rethink of our current economic model. For three decades, we have clung to a paradigm that has kept us only as commodity suppliers, with little industrial output. Let me use cocoa to illustrate. Recently the governments of Ghana and Ivory Coast announced plans to collaborate on the pricing of cocoa beans. As you may know, these two are the biggest producers of cocoa in the world. Africa in general produces about 75% of the world's total cocoa output. But the value of the cocoa bean market is only $10 billion annually as compared to the value-added product market worth $100 billion annually, but we do not control the bigger market which is a product of the sweat of farmers scattered across our lands. This is just an example of how our economies have got stuck in an unproductive economic development model. Sadly, it's the same story with all our resources; gold, bauxite, manganese, oil. Imagine the number of jobs that value addition to all these resources could create for the youth. So we have to change our model. We need a system where we have full ownership of our resources. And we have to control and manage them in such a way as to reap the full benefits from their exploitation. That way, we can provide the needed opportunities for the youth to realise their potentials.
5. What future for Africa?
Africa's future is bright, because it is youthful. Youth means promise, youth means hope, youth means potential. But this bright future must be seen within the context of African unity. The strength and courage needed to take control of our resources can only be found in African unity. The greatest nations have in history been and are today still the ones that are united. We in Africa cannot continue to keep and glorify artificial borders that were created purposefully to divide us and keep us weak. Borders which brought into being small non-viable states; states that have proven beyond doubt that in their division, they are incapable of guaranteeing good quality of life for the African masses and that it is only in unity that this can be achieved. Africa Must Unite!
6. Let’s link policy research to bread and butter issues. Why is it that Africa holds 60% of the world’s arable land and yet imports 68 billion dollars worth of food annually? Majority of the population are youth, yet the average age of African farmers is 60 years. What will make the youth interested in agriculture such that they can bring their energy and dynamism to ensure sufficient food production? As Pan-Africanists, we must be concerned about our inability to feed ourselves. Africans cannot have their dignity if we cannot feed ourselves.