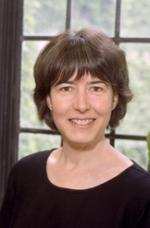 I can only answer the question, “Is racism rising again?” from the perspective of the United States, where I live and work.  The painful fact in the US is that racism has never gone away – it never even has gotten smaller.  It was only masked for a while and now is unmasked.  Racism isn’t rising as much as its already large presence is becoming more obvious.  The candidacy and election of Donald Trump, with all of his hateful and racist rhetoric and policies, has made this clear.  He has, in a way, moved aside a big rock, and so all of the ugly things that were always in the hole under that rock are now free to fly through the air.  Trump didn’t create the hatefulness under that rock; it has always been there.  It is a part of our history.  He has simply exposed it, and given it permission to thrive out in the open.  It’s a Pandora’s Box; it has been opened, and all the toxic stuff that Americans have been avoiding are now freely swirling around.  We can’t get that box closed, and I’ve come to think that we shouldn’t be trying to.