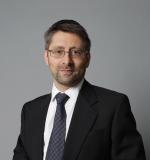 In all the synagogues of the world, this Saturday, we read the text of the creation of the world and the beginning of humanity. So much hope and so much disappointment.

Cain kills Abel and ruins a fraternity that was the ideal model of the world.

And Cain, more than murdering his brother, is going to deny the strength of the fraternal bond by answering his Creator's question about Abel: "Am I my brother's guardian?". As you write in your last encyclical, he denies "the very project of fraternity inscribed in the vocation of the human family".

Elie Wiesel even said that the opposite of love is not hate, it is indifference. And Cain promotes this world of indifference.

And Genesis will continue with the tensions between the sons of Noah, then Abraham and Lot, then Isaac and Ishmael, then Jacob and Esau, then Joseph and his ten brothers who go so far as to sell him in the hatred that dominates them.

And yet, when a man asks Joseph where he is going, he says to him: "I am looking for my brothers".

Yes, our model is that of Joseph, the one who urges us to build a bond of fraternity with those we meet, with those who give us hope in a humanity that needs to be rebuilt.

Rabbi Nahman of Braslav affirms that "The whole world is a narrow bridge and the essential thing is not to be afraid at all".

And it is this breath that I have found in your encyclical, especially when you call to dare to go to the far distance, the one of which the prophet Isaiah affirms "Peace, Peace, for far and near".

Yes, first of all for the distant, but in fact for all, as you recall when you quote Hillel the Elder.

Beyond the Talmud, you highlight three principles that are dear to me, Liberty, Equality and Fraternity, as a tribute to France's vocation to feel responsible for all the misery and hopes of the world. It is this principle of responsibility towards the other that is still being exercised. And if you choose to take up the phrase of Saint Gregory the Great: "When we give the poor the things they need, we do not so much give them what is ours as we give them back what is theirs", I see in it the echo of our biblical principle: "We are only the temporary guardians of what God asks me to give to the one in need".

In a luminous book on Saint Francis of Assisi, The Very Low, Christian Bobin explains that your model was in a severe rupture with his father. And yet, as age comes, as it does every time we come into contact with those we oppose, he will end up resembling him.

Our fraternity needs to exercise itself in the meeting, in the debate, sometimes even in the lively discussion, but always in the hope of finding the other, in order to be able to find oneself.

And it is precisely this history of fraternity that the Midrash tells us that I want to share with you in conclusion.

Two brothers had a field and shared the harvest. One had many children and the other was single. Each one wanted to give more to his brother and at night, discreetly, each one added wheat to his brother's heap...and in the morning, the heaps were always the same. But one night the two brothers crossed paths and understood what each wanted and fell into each other's arms. Tears flowed and fell to the ground, and God said: "Where those tears fell, I want my Temple to be built". It is indeed following the example of the heavenly Jerusalem that we must all rebuild a fraternity worthy of the Temple. And this is perhaps the most beautiful temple to rebuild: that of brotherhood.