MENU MOBILE
FINAL > ROME 2022 - THE CRY FOR PEACE > DIONYSIUS JEAN KAWAK AT #THECRYFORPEACE: "THE CHRISTIAN CHURCHES WERE UNITED IN CELEBRATING THE FEAST OF THE RESURRECTION ON A COMMON SUNDAY FROM THE YEAR 532 TO THE YEAR 1582."
PreviousNext

Dionysius Jean KAWAK at #thecryforpeace: "the Christian churches were united in celebrating the Feast of the Resurrection on a common Sunday from the year 532 to the year 1582." 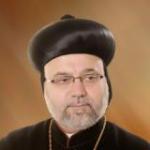 I- Historical background to the current differences

At the Council of Nicaea (325 AD), it was deemed necessary to move away from the day on which the Jewish Passover was observed, and to celebrate the Feast of the Resurrection on a Sunday, according to a fixed norm to be agreed upon by all Christian churches. The Council, therefore, determined that the Feast of the Resurrection would be celebrated on the Sunday that follows the first full moon (lunar April/Nisan 14) after the vernal equinox (i.e., on a Sunday between March 22 and April 25, according to the current calendar).

Hence, the Christian churches were united in celebrating the Feast of the Resurrection on a common Sunday from the year 532 to the year 1582.

In 1582, Pope Gregory XIII reformed the Julian calendar, and gradually, the European countries adopted what became to be known as the Gregorian calendar. Even Russia did so - in the year 1923 - and the whole world followed this new reformed calendar. However, most Orthodox churches did not follow this calendar for the celebration of the Feast of the Resurrection, although some of them followed it for the celebration of other fixed feasts.

Therefore, the current difference in the Paschal tables is a result of the 13-days-difference between the Julian and Gregorian calendars.

+ At the Synod of Dayro d-Mor Mattai (St Matthew’s Monastery in Iraq) in 1930, the Syriac Orthodox Church gave the permission to the faithful in the Americas to celebrate the Feast according to the Gregorian calendar (today not in practice).

+ In 1952, the Archbishops of our Church in India sent a petition to the Patriarch of Antioch and to the Holy Synod in which they requested to use the Gregorian calendar for the Feast of the Resurrection.

+ At the Fourth Holy Synod of Homs (1954), it was decided to follow the Gregorian calendar for the celebration of all Church feasts in the Syriac Orthodox Church except the Great Holy Lent and the Feast of the Resurrection. It was also decided that the churches of Jerusalem and Egypt continue to follow the Julian calendar for all the feasts because of the status quos.

+ On 11/11/1981, the Holy Synod held in Damascus decided the following: “The Synod considers that the date of the celebration of the Feast of the Resurrection should remain as it is. The Holy Synod, however, does not have any objection to discussing the unity of the date of the Feast with all the churches in the Middle East on the basis of celebrating it on a fixed Sunday in April, or on any fixed Sunday agreed upon on the ecumenical level.”

+ In February 1984, the Holy Synod reaffirmed its previous position during its regular session in Damascus. Following the Synod, His Holiness late Patriarch Zakka I sent a letter, dated February 29, 1984, to the Patriarchs in the Middle East, regarding Christian unity and the unity of the date of the Feast of the Resurrection, in which he re-emphasized the aforementioned synodal decision.

From March 5 to 10, 1997, our Syriac Orthodox Archdiocese of Aleppo hosted a consultation meeting co-organized by the World Council of Churches and the Middle East Council of Churches, to discuss the issue of reaching a common date for Easter/Pascha.

According to the statement of the Consultation, the participants consider that “by celebrating this feast of feasts on different days, the churches give divided witness to this fundamental aspect of apostolic faith, compromising their credibility and effectiveness in bringing the Gospel to the world.” The Consultation also stated that the “present differences in calculation of the date of Easter may be ascribed to differences in the calendars and lunar tables employed rather than to differences in fundamental theological outlook.”

The statement continued, “despite differences in the method of calculation, the principles of calculation in the churches of both East and West are based on the norms set forth at Nicea.”

The Consultation did not favor the adoption of a fixed Sunday approach because it would obscure and weaken the link between the biblical Passover and the passion and resurrection of Jesus Christ “by eliminating any reference to the biblical norms for the calculation of the Passover,” and also, because it “would raise difficulties for many churches.”

However, the Consultation suggested that “the most likely way to succeed in achieving a common date for Easter in our own day would be a) to maintain the Nicene norms; b) to calculate the astronomical data by the most accurate possible scientific means; and c) to use as the basis for reckoning the meridian of Jerusalem, the place of Christ's death and resurrection.” The consultation recommended that the year 2001, which marked the entrance into a new millennium, may be taken as “a good opportunity for the churches to review reactions and to assess progress made towards agreement on this matter.”

Unfortunately, none of the Orthodox Churches adopted the suggested recommendations.

IV- The Position of the Syriac Orthodox Church Today

During the sessions of the Holy Synod of our Syriac Orthodox Church convened from 22 to 26 June 2021 at the Patriarchal Residence in Atchaneh – Lebanon, the Synod revisited the issue under study. The Synod stated that “the fathers reaffirmed their commitment to reach a solution for uniting the date of the celebration of the Resurrection, which is a common desire for the church and her children.” Following the synod, on July 27, 2021, His Holiness Patriarch Mor Ignatius Aphrem II, our current patriarch, issued a patriarchal encyclical concerning the date of Easter, in which he communicated to the faithful of the Church the two proposals studied during the Synod: “the first proposal is about adopting the corrected (Gregorian) calendar in our church and following it in all liturgical celebrations, i.e. to celebrate Easter with most of the churches worldwide and with our church in India and Latin America. The second proposal is to allow the faithful of our church in the west to celebrate Easter according to the corrected Gregorian calendar while our spiritual children in the East continue to celebrate it according to the Julian calendar.”

His Holiness added, “based on the spirit of openness and to seek to know the mind of our people, it was decided to revert to the opinion of the faithful members of the church concerning this matter. Hence, we asked their Eminences the Archbishops to convey to us the opinions of the faithful and to prepare a report on this matter, to be submitted to the next Holy Synod.”

It is therefore expected that the Holy Synod will reconsider this issue and “make a suitable decision” during its next session, the date of which is yet to be determined.

The reception of this mater among the believers of our Church has varied. This is expected due to the sensitivity of the topic. It is sufficient to look at other churches (for example, the Assyrian Church and the Church of Greece) to see the internal schisms which occurred due to the adoption of the Gregorian calendar.

Our Syriac Orthodox Church is proceeding slowly and calmly on this matter. The Church is considering not only the scientific or ecumenical, but also the pastoral dimension of the issue. Besides the need to present a unified witness to our faith through the celebration of the feast of feasts on a common date, our Church’s continuous efforts come in response to the requests of too many of her faithful children. We therefore look forward to the next synod of our Church, yet more, to more efforts from all Christian Churches to finally reach a common date for the celebration of the Feast of the Resurrection.

Maybe, we need to redefine our priorities as Christian churches with regards to this matter, even if this meant giving up many beautiful and important traditional, historical, and Biblical aspects concerning the calculation of the date.

Maybe, we can learn from a comment that His Holiness late Patriarch Zakka I made during a lecture in Damascus after he came back from his historic visit to Pope John Paul II in the Vatican in 1984. I still vividly remember; he said: “even if it takes us to celebrate the ‘Sunday’ of the Resurrection on a ‘Friday,’ we as a church are ready, if it means that we will celebrate this feast united altogether as Christians.”