MENU MOBILE
FINAL > ROME 2022 - THE CRY FOR PEACE > TAREK MITRI AT #THECRYFORPEACE: "WE HAVE DEPARTED FROM A CULTURE OF COOPERATION AMONG NEIGHBORS"
PreviousNext

Tarek MITRI at #thecryforpeace: "We have departed from a culture of cooperation among neighbors" 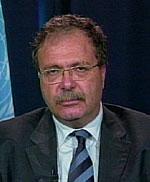 Countries around the Mediterranean have become largely plural. Irrespective of how their governments regulate plurality, dialogue and life interaction in societies have become inevitable, though often fragile. One could not ignore the pervasive resurgence of nationalism, communalism and populism. Assertively, identity politics have often become a primary determinant in relations between and within nations. To the dismay of many believers, religion is increasingly instrumentalized in political mobilization, exaggerating fears or reinventing the so-called ancestral hatred between communities.  In my brief comments, I shall try to reflect on how could belonging to the Mediterranean region define policies of a genuine neighborhood.

To be sure, the aspiration to see the Mediterranean becoming a lake of peace, as Robert Shumman had advocated, has not irreversibly wane. But it did not inspire a sustained policy or even a principle of hope. Today, the Mediterranean is a lake of flames, blood and tears. Rather than bringing people nearer to each other, it looks in the eyes of many, as a sea of division. It is true that there were many promising attempts of dialogue and cooperation across the Mediterranean. Many are seemingly disappointed. We may have moved from partnerships motivated by common good to inter-state relations conditioned by security considerations.

One of the earliest political expressions of the pursuit of peace around the mediterranean was centered on seeking a just and durable peace in the Middle East. In 1980, the European Council adopted the Venice declaration recognizing the national rights of the Palestinian people and advocating an equitable regional settlement. Fifteen years later, the Barcelona process, together with the neighborhood policy hoped to set up a euro-Mediterranean zone of shared prosperity, beyond free trade. But the political component of the process fell short of creating new realities

To the contrary, there was a close-up of both real and imagined frontiers in the aftermath of September 11, 2011. In the eyes of many, the Mediterranean was not perceived anymore as a space where divisions could be bridged. It separated countries and people rather than drawing them nearer to each other. Problems of immigration and terrorism drove the two shores further apart. Security issues predominated and were never approached in a logic of genuine partnership.

Today, we find ourselves facing a double failure. On the one hand, Arab countries did not succeed their democratic transition augured by the 2011 uprisings. On the other hand, European countries could not favorably influence the said transition and retreated into a defensive attitude against the spillover of violence and influx of refugees. We have departed from a culture of cooperation among neighbors, mutually profitable and, more importantly, based on shared values towards more withdrawal, parochialism and insularity. Fear of terrorism and strategies of counterterrorism compounded the refugee crisis and the much dreaded and ill-managed refugee problem. Such problems overshadowed exchanges and friendship. We cannot the development of migration-security nexus. Terrorism triggered the inclusion of immigration issues in the anti-terrorism agenda.

Europe is facing a record numbers of migrants, asylum-seekers and refugees. It ignited stronger difficulties in the management of these flows, expressed through mass detention of new arrivals, lack of organization and resources in refugee camps, dual negotiations with transit countries, increasing human trafficking networks and the absence of solidarity.

More broadly, identity politics ceased to be a marker of traditional societies in the south, it is increasingly affecting the very foundation of democracies based on citizenship and the rule of law. The energy of fostering participation and inclusion is severely drained.

There is no universal model to emulate if we were to live together in peace across dividing lines. Specific histories of our nations shape the many and diverse conditions of intercommunal harmony. In themselves, political systems are no guaranties. Today, political cultures, and strategies of mobilization, put at risk our ability to draw on the riches of plurality.

I believe that there are a number of issues that determine the future of living together. Peace in the Middle East, or the lack thereof, cannot be left to the so-called “deal of the century.” Europe cannot renounce its role, no matter how difficult, in putting an end to the continued policy of colonization and annexation.

Euro-Mediterranean relations are severly damaged if they are focused, exaggeratedly on countering terrorism and protecting borders against more refugees. They need to retrieve a utopia, not in the sense of an impossible dream but as a principle of hope, of remaking neighborhood on the basis of shared values.  It is true that shared values are not given, their re-discovery and recognition is a process, creative and sometimes arduous.

People of faith have an unparalleled role in this respect in restoring the primacy of universal ethics over the assertion of identity. Pope Francis keeps reminding us of this imperative. More particularly, he reminds us of refugees being in danger rather than being, in themselves, a danger. He forcefully criticizes the tendency to create greater isolation in the name of sovereignty with the risk thwarting the courageous dreams of the founders of Europe.

The metaphor of the garden and the Jungle (Borell) prompted me to think of another metaphor: the olive tree. It has been associated with affinities and exchanges across the Mediterranean. Fernand Braudel said: wherever the olive surrenders the Mediterranean ends. But there is also a symbolic, and I dare say spiritual, significance of the olive metaphor. In Scriptures, olive is coupled with light. In the words of the prophet Zacharia and in the book of Revelation, we read about olive trees and lampstands. In the Qur’an’s Surat of Light, the olive is neither of the East nor of the West, its oil almost aglow though untouched by fire.

May our olives, here and there, bloom with grace.