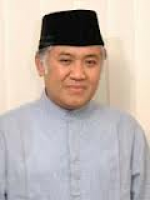 President of the Centre for Dialogue and Cooperation among Civilizations, Indonesia
biography

Covid-19 Pandemic that hit the world since the end of 2019 has brought miseries to human life. Many people including religious leaders in Indonesia, for instance, passed their way, becuase of Covid-19. No single country was exempted from the pandemic, and almost all countries sufferred. World’s economy has been stagnated and political hegemony stopped.

Since the last two years, the world has shown rapid change economically. Economic recession affected the entire world economy with greater detriment to some countries than others. The crisis endagers many countries in Asia and Africa, and certain countries, including Indonesia are painstakingly triying to overcome this crisis.

Covid-19 pandemic has brought fundamental change in human life, as they have been led to practicing of health protocol, especially wearing mask, always washing hand, and taking physical distance when interact with others. Implementing this health protocol has also affected regulation in worship, such as in mosques Muslims should take physical distance, while they were taught to take closest distance with fellow worshippers. In the field of education, since learning activities take the form of online, many impacts have occurred mentally and physicologically. In countries without adequate information technology infrastructures some negative cases have occurred, such as students could not follow learning well, which in turn, according to experts on education, has led to learning lost and even generation lost.

Yet, Covid-19 pandemic has also paved the way for creativity and innovation. Many examples of online business in culinary and other consuming goods, especially health items, have taken place and been developed. Due to any restriction in communication virtual conversations have spread out globally and connected many people to engage in finding a solution for the post pandemic era. Religions and religionists must come out as the solution and the problem solver.

Pandemic and other miseries, in the Islamic perspective,  are considered as musibah or bad thing happens to human being. It is God’s decision but a consequence of human’s deed. Pandemic is a form of mischief done by men, whether derived from what they ate or behad, or mischief they have done. In the Holy Qur’an it is stipulated in Chapter Rome (30) verse 41: “Mischief has appeared on land and sea because of (the meed) that the hands of men have earned, that (Allah) may give them a taste of some of their deeds: in order they turn back (from Evil).”

Human civilization has faced degradation by the emergence of multi-crisis in the world in the last a few decades. The  modern civilization has demonstrated global disorder, uncertainty, and accumulative global damages, compounded by poverty, illiteracy, injustice, discrimination, and many forms of violence, both at the national and global levels.

The signing of  Declaration on Human Fraternity for Peace and Coexistence by Pope Francis and Shaikh al- Azhar Dr. Ahmad Al- Tayyib in Abu Dhabi, 5 February 2019 signifies an historic milestone of the history of humanity and human civilization. It has not only symbolized a friendly relation between two supreme religious institutions, namely the Vatican and Al- Azhar al- Sharif, and then two great religious communities, i.e., the Muslim World and the Catholic Churches, but also a strong commitment to the preservation of humanity and humanity fraternity.

Religions are indeed for human being and humanity. They derived from the Ultimate Being, the Creator, conceived and called by different names, yet they are not for Him alone. Rather, religions were sent to human being for the well being of mankind (in the Holy Qur’an it is stipulated that Prophet Muhammad’s mission is to spread peace and mercy to all mankind).

Therefore, enhancement of humanity and human fraternity is a must. It is a collective responsibility of human being, regardless of their race, ethnicity, culture, and religion, to advance the degree of their humanity, as humanity may fall down to the lowest level.

Therefore, sharing responsibility becomes a compelling duty as no one individual, organization including faith-based organizations, can work alone.  Partnership with other faiths and sectors becomes crucial for addressing the impact of climate change.

In the context of interfaith collaboration we need to explore ways to move beyond political and theological dialogues. We need to develop cooperation as part of well-grounded dialogue. It is cooperation that reflects and represents our common concern to heal the world. Together now, we face serious accumulative global damages. We witness people who suffer of poverty, energy crisis, water crisis, hunger and other human calamities. It is our humanity duty to find ways for a more positive and constructive cooperation on the ground. As a matter of fact the people of different faiths have been working together in humanitarian workd. In this case religions have also been increasingly involved to help ensure the success of humanitarian and development projects at various levels –from local to international– and in various issues, from dealing with diseases, disasters and environmental damages to dealing with terrorism and post war recovery. Religion can serve as a source of powerful legitimation required for any humanitarian and development program to work effectively. By involving religious texts, leaders, institutions and organizations, many humanitarian and development programs have achieved greater success. With interfaith communication and cooperation flourishing rapidly, we can be more certain of the potential success of every program involving people who take religion seriously.

On the one hand, this shows the extent to which religion is deeply entrenched in societies, and the potentials religion has to help resolve human contemporary problems. On the other hand, this inspires us the way by which we can live out the meaning of religion as a blessing, a mercy for all people, and the role we can better give to religion in our contemporary life.

In this contemporary era, we can see how people found religion as a meaningful teaching and values that is facilitative in succeeding development agenda. Experience in many Asian and African countries where religion is still strongly institutionalized within societies, achievement of Millennium Development Goals (MDGs) and also Sustainable Development Goals (SDGs) is strongly supported by faith organizations. Regardless their differences in some aspects of rituals, religions have common mission to create prosperity, security and peace. This universal mission of religions brought people from different faith across the globe to build up a constructive partnership for different field of development and humanitarian actions.

With these all reasons, one can remain optimistic about the role faith can play in our increasingly globalized world. It is up to us whether to choose to present religion as a source of strenght for a more meaningful life by which we can truly carry it out, or to choose to abandon its potentials to affect positive changes or exploit it for our selfish.

In this context, I would like to draw our attention to the Report of the High Level Group on The Allliance of Civilizations in November 2006. This report provides us a more solid ground to address the problem of “civilisation divide” that has strained not only the relationship among the states but also among the people of the world.

As former UN Secretary-general Kofi Annan has stated during the launching of the Report, the Alliance of Civilizations “is intended to respond to the need for a committed effort by the international community –both at the institutional and civil society levels—to bridge divides and overcome prejudice, misconceptions, misperceptions, and polarization which potentially threaten by the humanitarian actors in order to be able to better respond to the complex humanitarian crises, and to enable appropriate and flexible responses to different contexts.  However, the creation of top heavy systems and structures due to the growth of humanitarian action is counterproductive to flexible and context specific humanitarian action.

Humanitarian Forum (HF), London 2006 An East and West NGO forum which was initiated in Geneva, June 2004 and  was finalized in Qatar in November 2006, than registered to the Charity Commission of UK and Wales in early 2007, seeks to foster partnerships and closer co-operation among humanitarian and charitable organizations from Muslim countries or denominations on  the one hand, and humanitarian and charitable organizations from the  West and the multi-lateral system on the other.

The Forum’s goal is to help create a conducive, unbiased and safe environment for the implementation of technically sound and principled humanitarian action by: providing a platform for dialogue; promoting mutual understanding; supporting capacity building and development of NGOs and charities; advocating for a legal framework for greater transparency and accountability; promoting humanitarian principles and standards and; improving communication and co-operation.

The Community of Saint Egidion as the worldwide most influential Catholic lay people has taken initiative in conflict resolution and reconsiliation in many parts of the globe. It is time now for the community to initiate and lead interfaith collaboration in the post pandemic time. Many people are crying for peace, though some are silent because they could not even face up. It is our responsibility to make them smiling because upon them we are caring.