MENU MOBILE
ROME 2022 - DE SCHREEUW OM VREDE > MARCO IMPAGLIAZZO AT #THECRYFORPEACE: "THE PATHS TO PEACE ARE THERE. IT IS A MATTER OF GLIMPSING THEM, POINTING THEM OUT, OPENING THEM, WALKING THEM. "
PreviousNext

Marco Impagliazzo at #thecryforpeace: "The paths to peace are there. It is a matter of glimpsing them, pointing them out, opening them, walking them. "

From the world swept by winds of war rise cries and invocations for peace. Millions of people are expressing, in different ways, one will: "No more war!" From the bombed Ukraine, from the trenches of the Donbass, rise the cries of the wounded, the dying, and the lament of family and friends. The same cries of pain, the same pleas for peace, rise from Syria, the Caucasus, Afghanistan, Yemen, Libya, Ethiopia, the Sahel, northern Mozambique, dozens of other places known or unknown.

Noise and indifference are the way to silence the living and the dead. The voices of the dead -of whom we often do not even know the real number- are stifled, the lament of the wounded, the suffering, the hungry, the refugees are extinguished. Partisans in the service of the reasons for war explain to us that there are "just wars" and "holy wars."

Dear friends of this 36-year pilgrimage of peace since 1986 in Assisi, should we not react more to the madness of war? Is this not the time to unleash more of the energies of peace contained in our religious traditions, capable of opening new paths? Prayer is a path to what is not yet seen. It is about imagining peace in times of war! "Religions," said Andrea Riccardi, "are living organisms: they gather the yearnings of communities rooted in the lands, close to the pain, joy and sweat of people.

In these 36 years the world has changed. The Cold War is no more (John Paul II said after '89: "in Assisi we did not pray in vain"), the idea of the clash of civilizations has been contained. Understanding and friendship between religious worlds has grown much more than those between nations. Our prayer has changed narratives that seemed impregnable, it has changed scenarios as solid as an iron curtain. If religions listen to the cry for peace and unite their prayer, their creative capacity, even this world war in pieces can be stopped.

There is a need for alternative passion and imagination to the current tragically stalled situation, not least because we are on the brink of a far greater catastrophe.

The paths to peace are there. It is a matter of glimpsing them, pointing them out, opening them, walking them. Yes, "in many parts of the world there is a need for paths of peace that lead to the healing of wounds, there is a need for artisans of peace willing to initiate processes of healing and renewed encounter with ingenuity and boldness," writes Pope Francis in Fratelli Tutti! It is time to walk along different paths.

Will we know how to be explorers of a new time? Will we know how to be the prophets the world needs? In accepting the Nobel Peace Prize, Martin Luther King declared, "I refuse to accept the idea that one nation after another should spiral down into the hell of thermonuclear destruction. I believe that even amid the explosions and bullets there is hope for a brighter tomorrow. I still believe that one day humanity will bow before the altars of God and triumph over war and bloodshed. 'And the lion and the lamb will lie together and each will sit under his own vine and under his own fig tree and no one will be afraid anymore.' I still believe that!"

That is what we believe. The road we want to build goes toward building fraternity at all levels. To live globalization, we cannot be alone or against. All lands need the seed of encounter and dialogue, from which grow the trees that protect the weak, feed the poor, heal the sick, make the environment hospitable.

In these 36 years we have understood this, as well as in these three days of encounters and friendship: there are new frontiers to cross soon on the way of peace! Faith moves mountains and God is greater than any other thing or power.

Exactly sixty years ago, on October 25, 1962, John XXIII addressed all rulers, to avert the crisis in Cuba, at risk of atomic confrontation: "We recall the grave duties of those who have the responsibility of power. And we add: let them listen to the anguished cry that, from all points of the earth, from innocent children to the elderly, from individuals, to communities, rises to heaven: Peace! Peace!"

It is the same cry today, which we will repeat until it is heard by all, both the humble and the powerful: "Peace! Peace!" 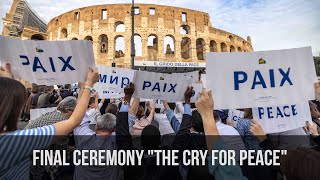 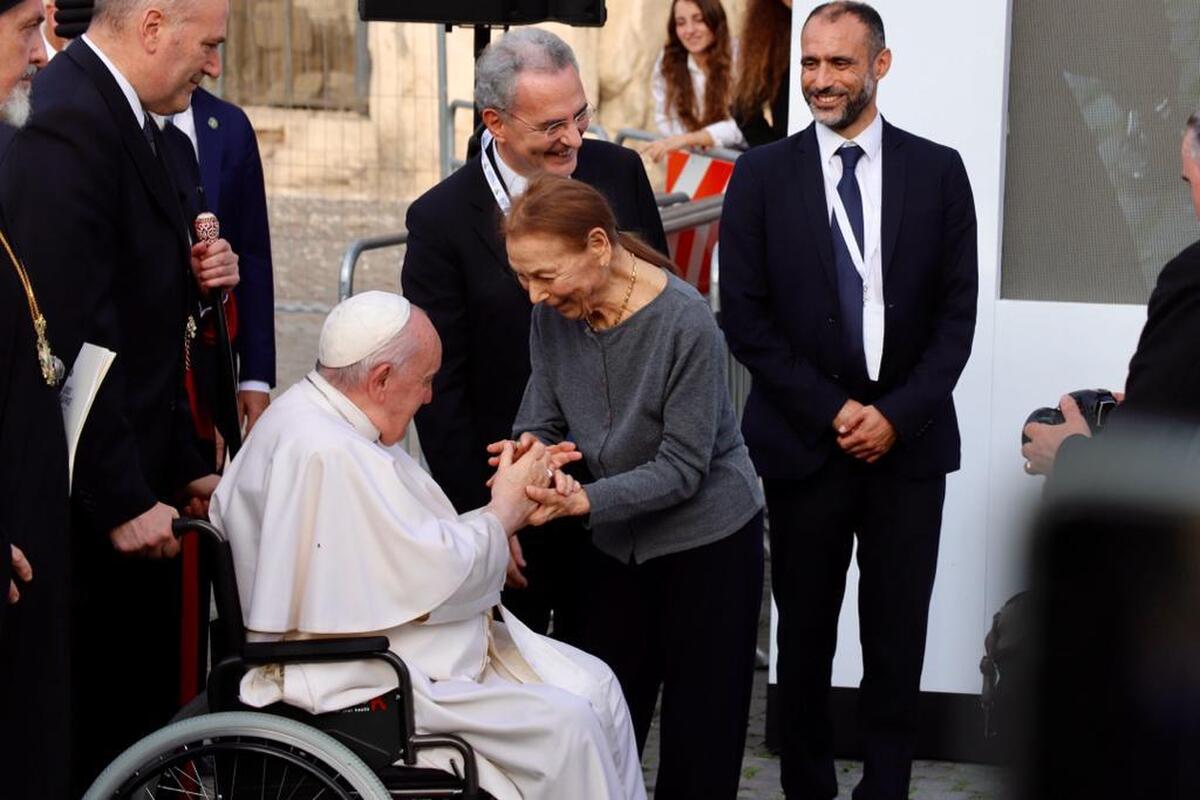 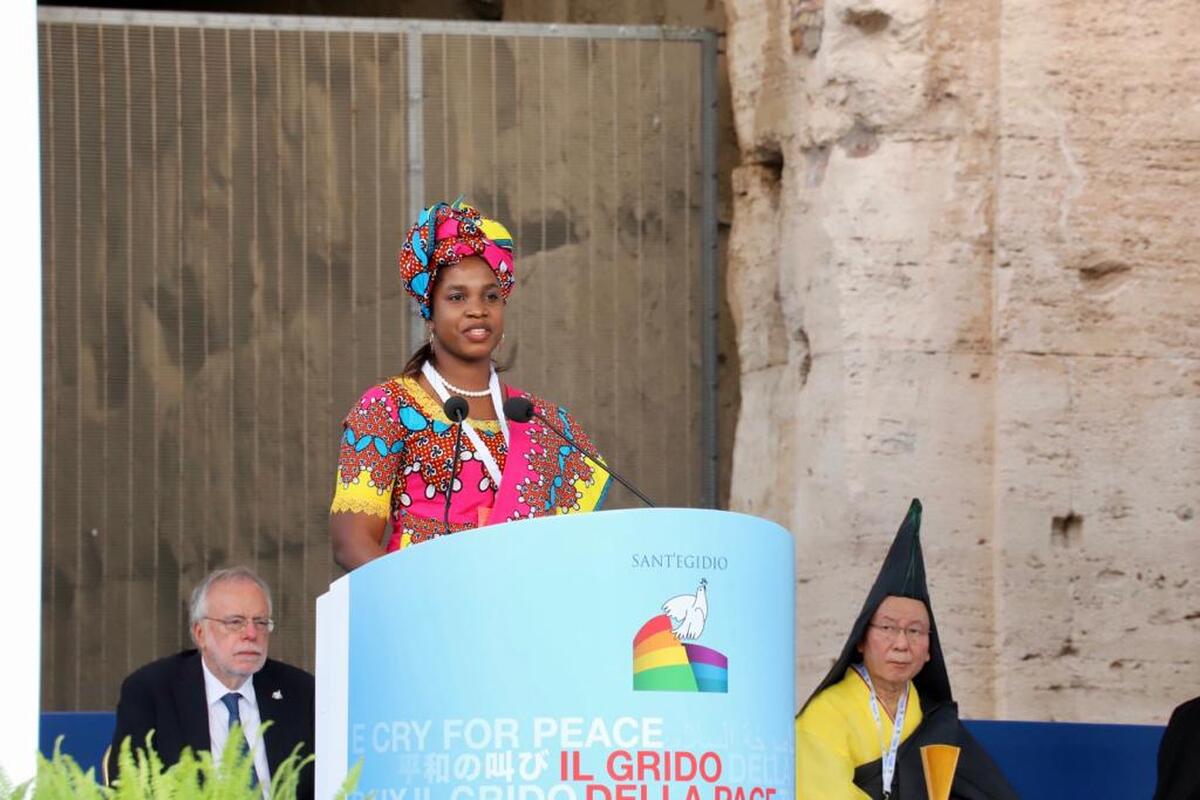 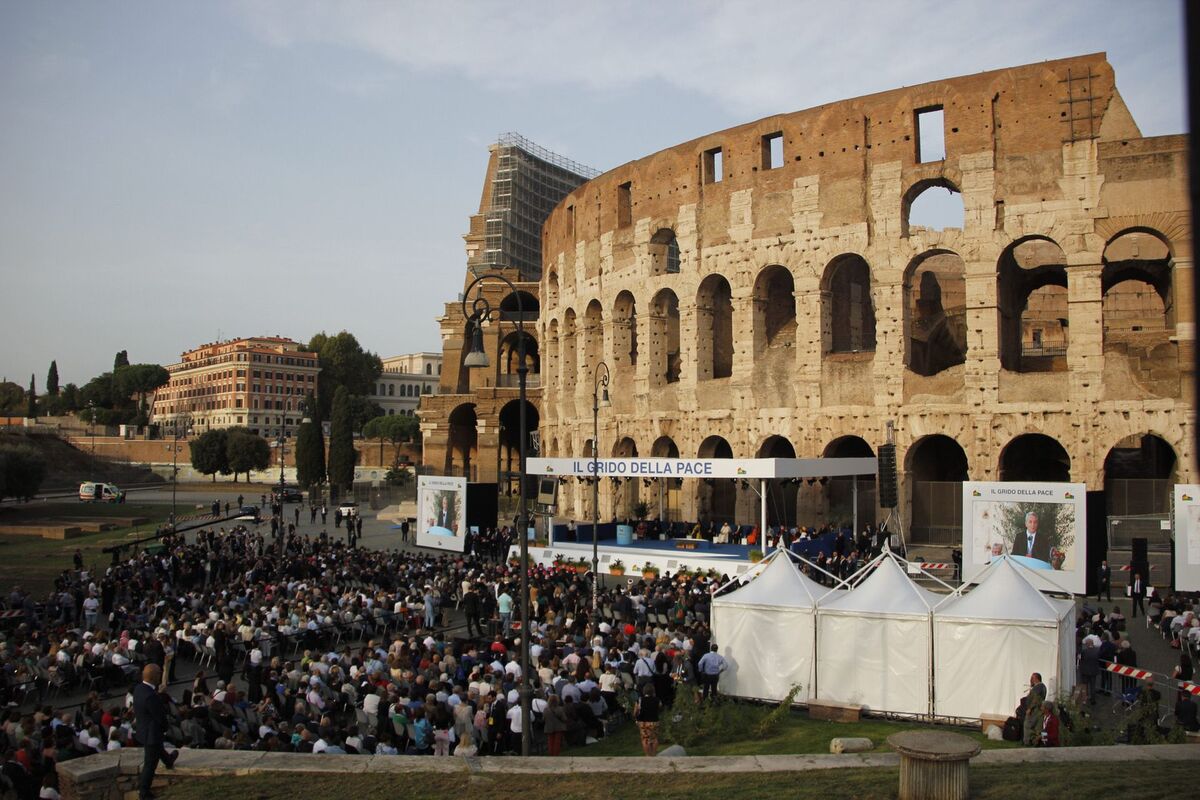 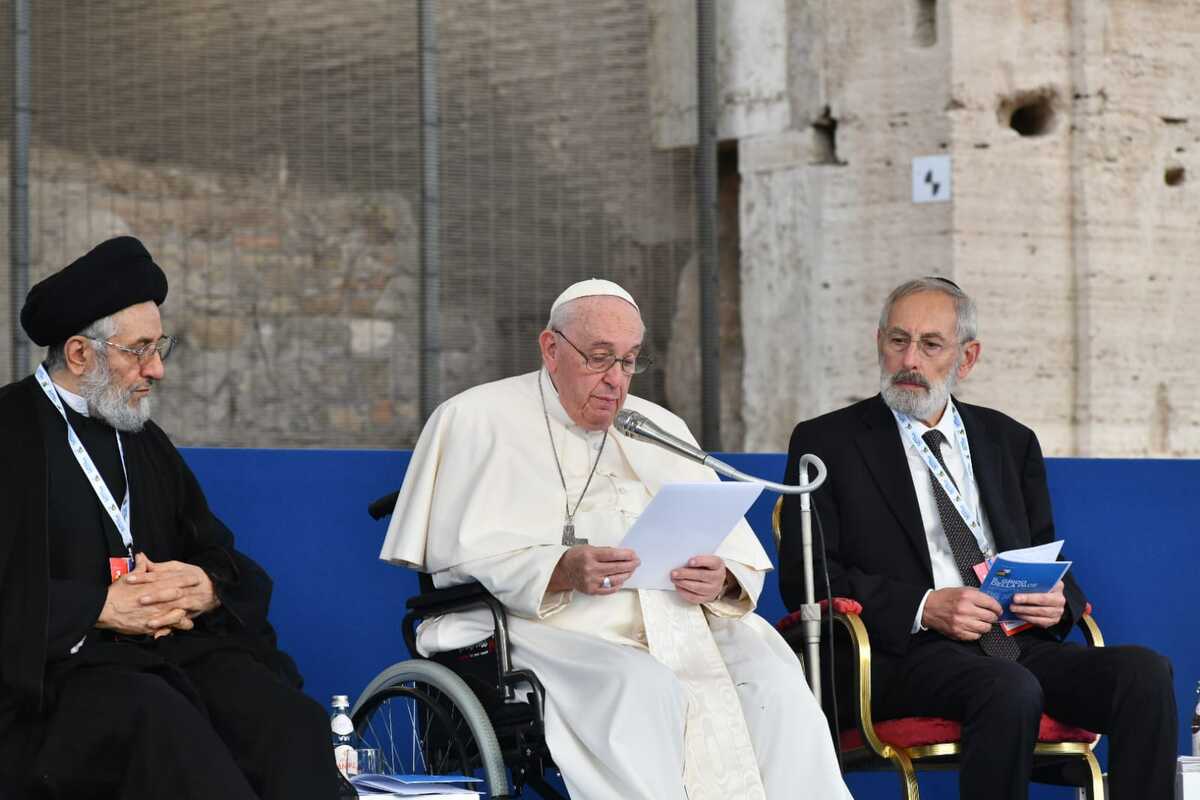 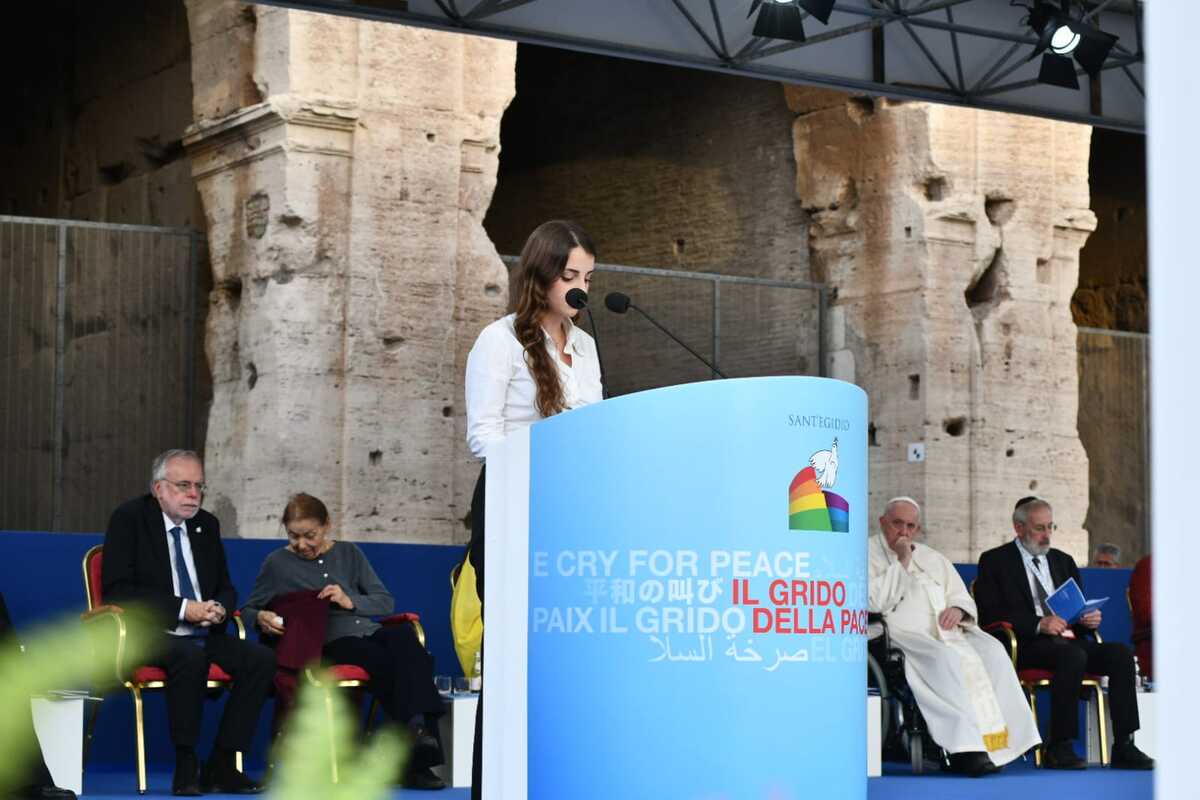 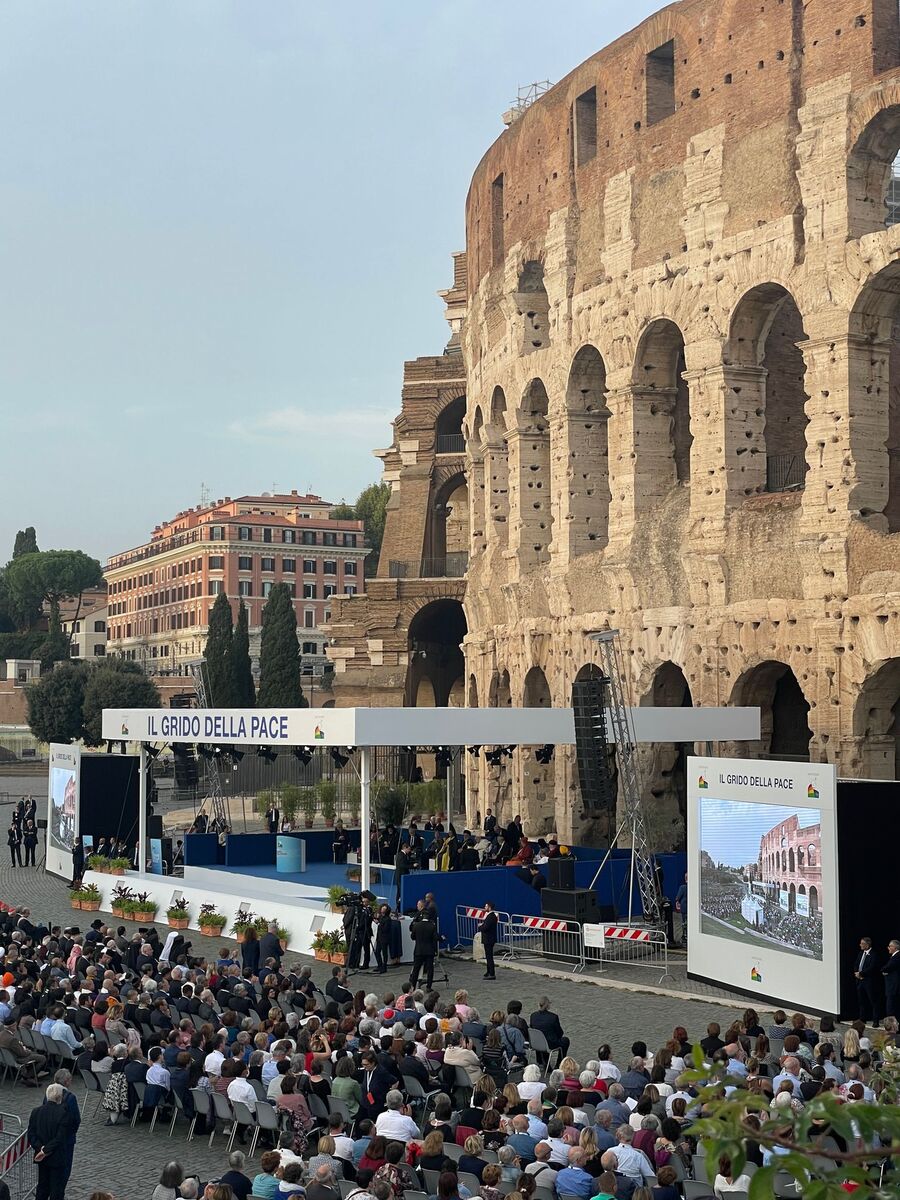 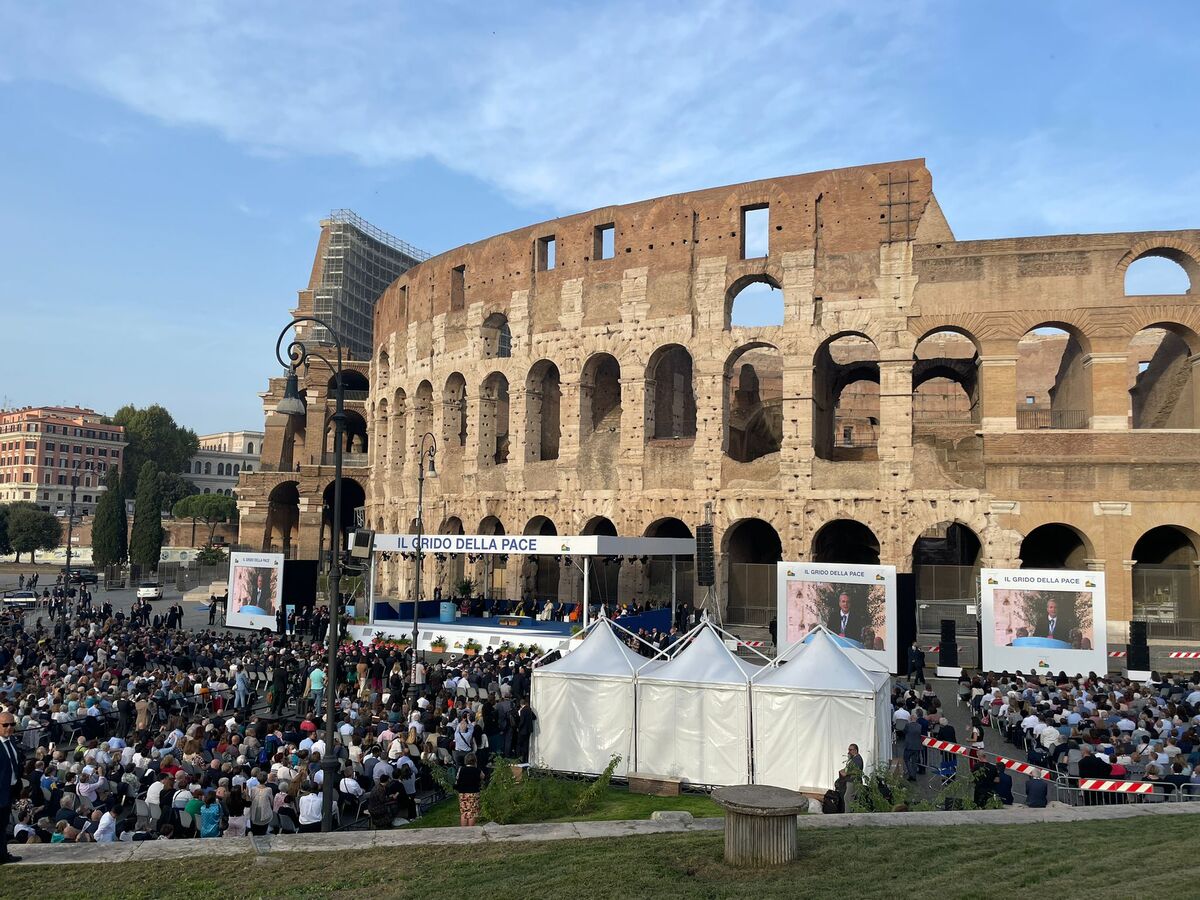 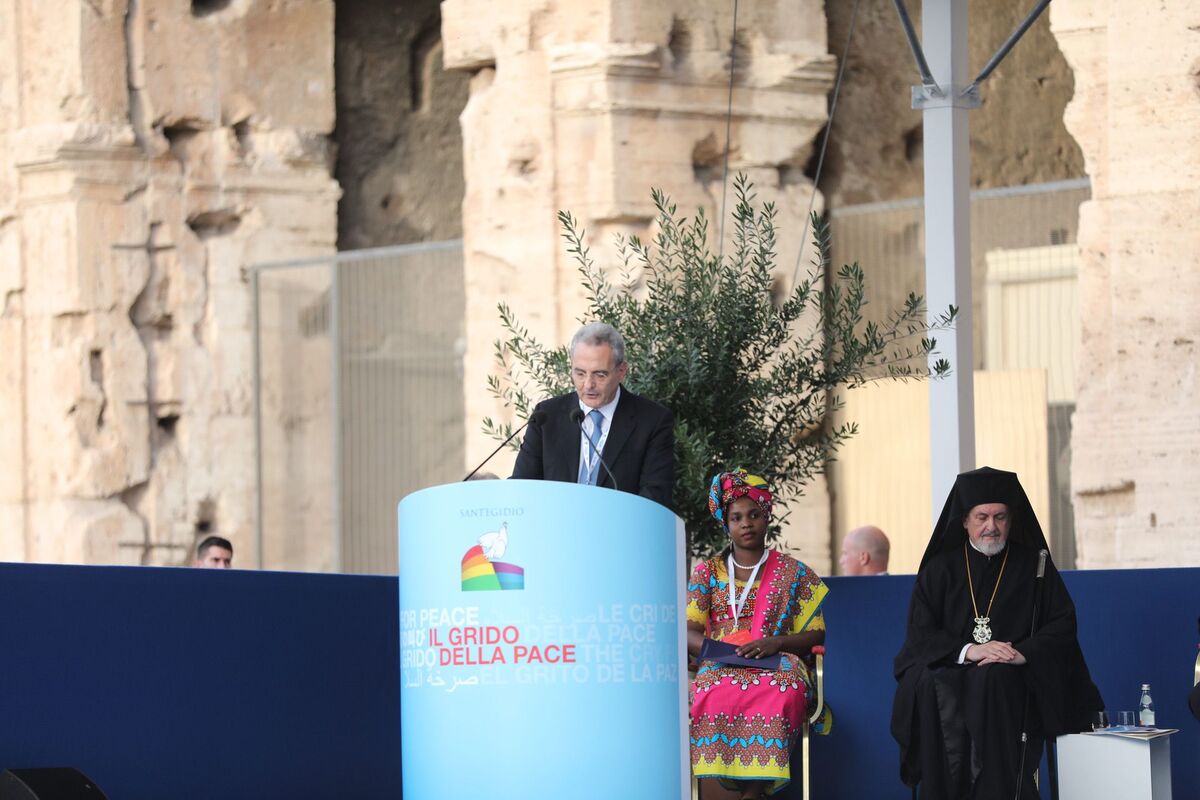 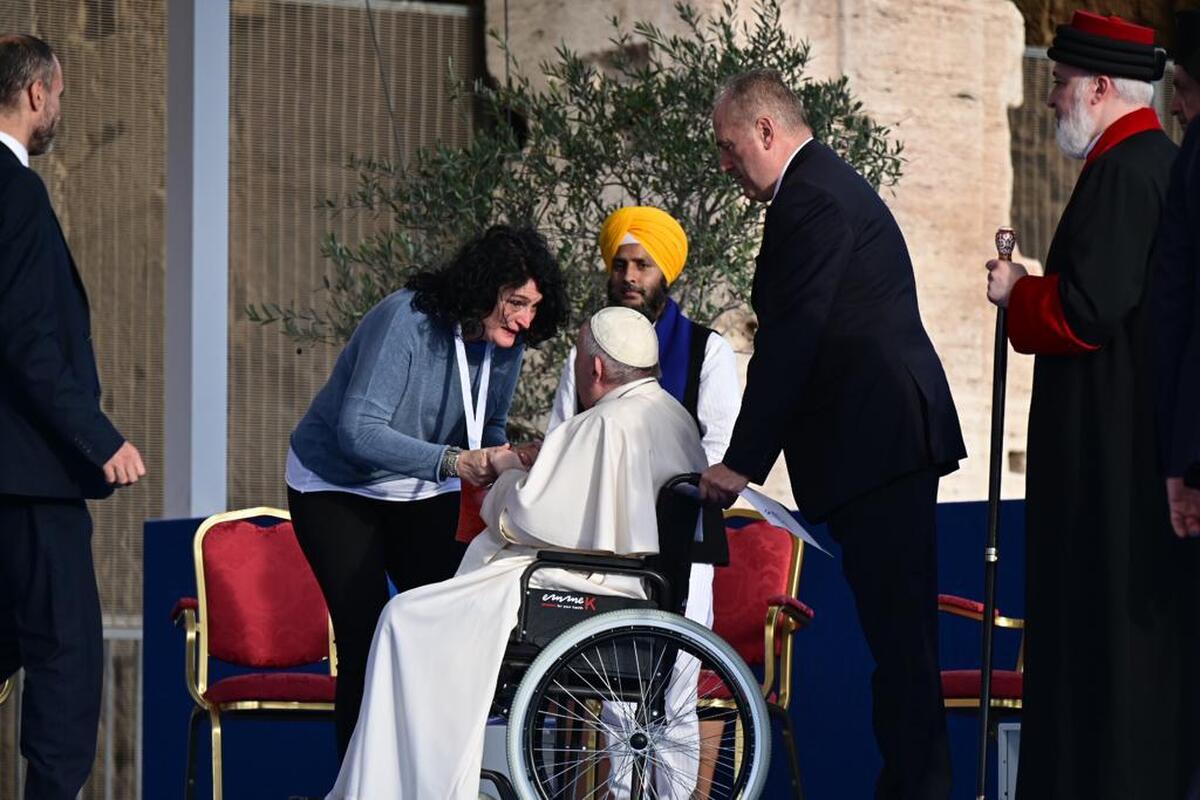 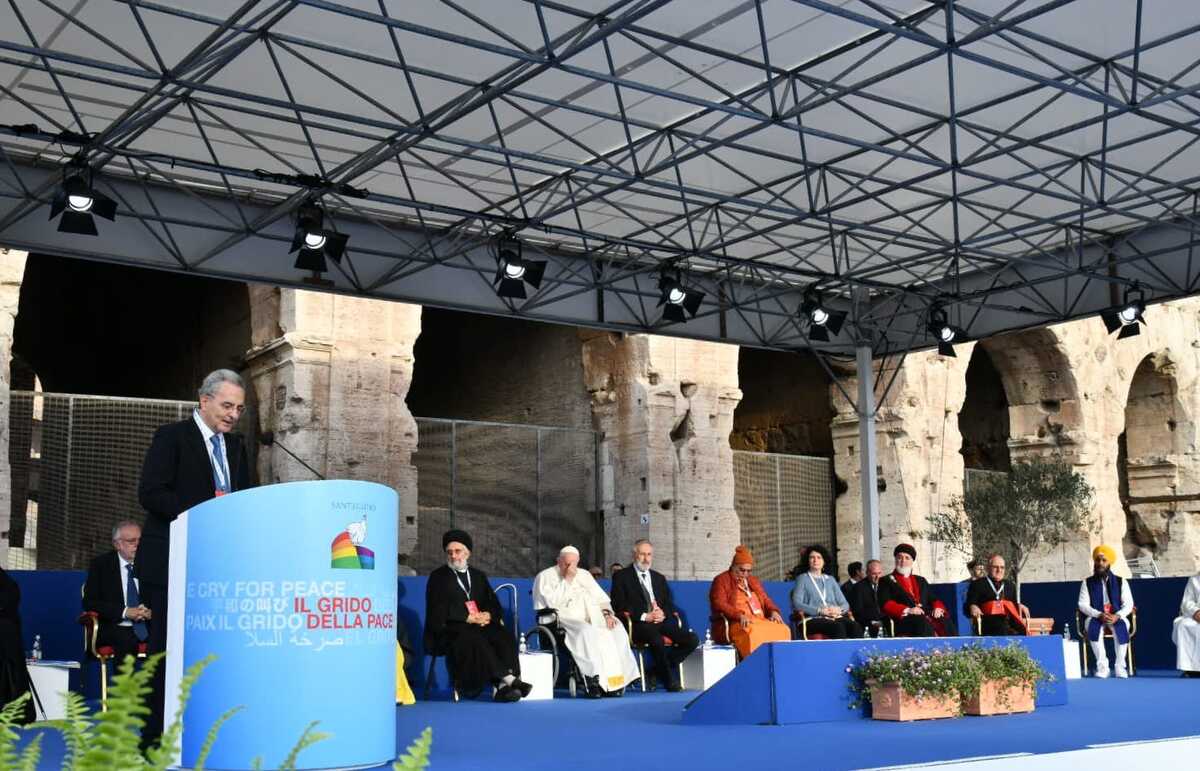 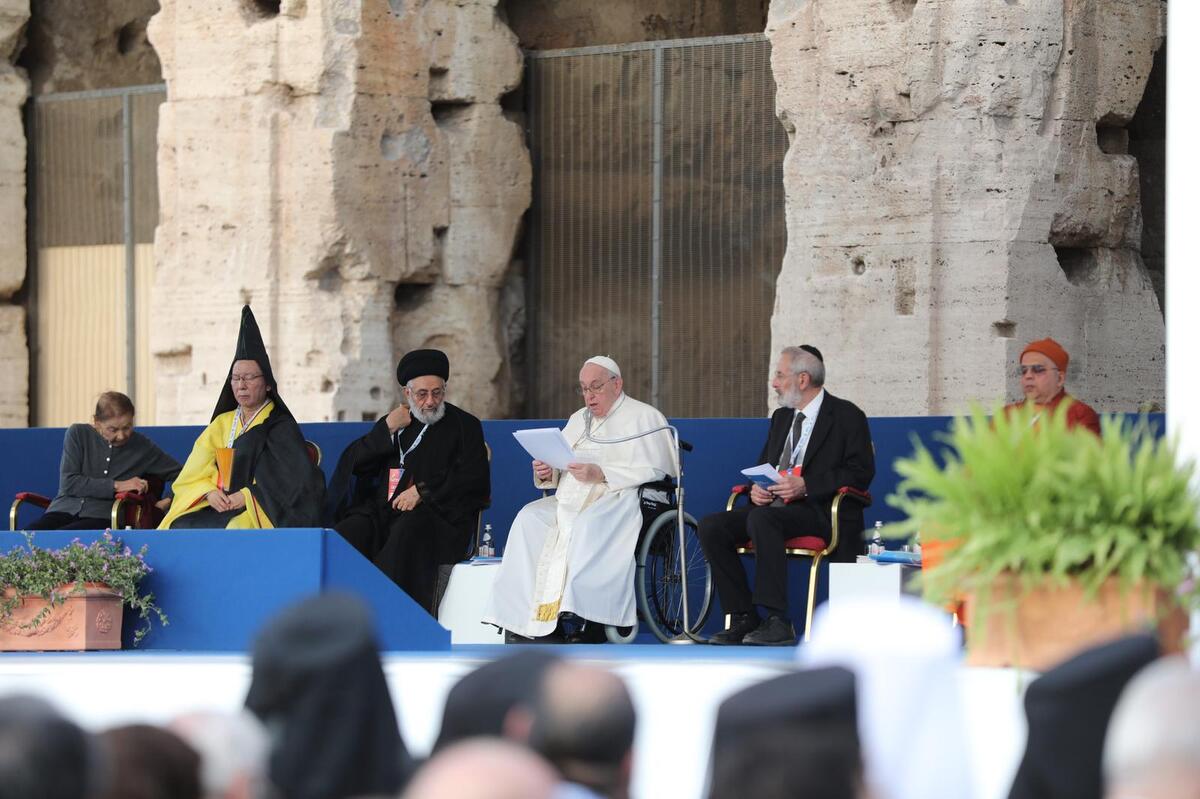 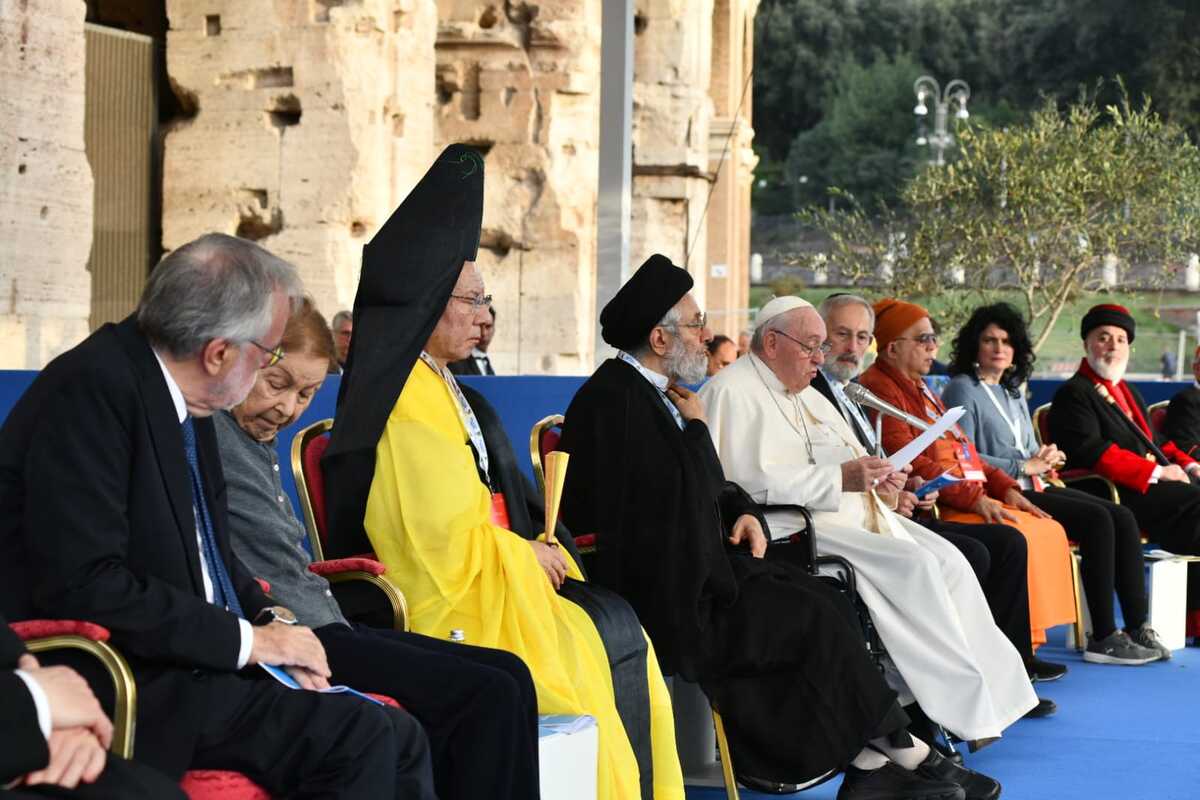 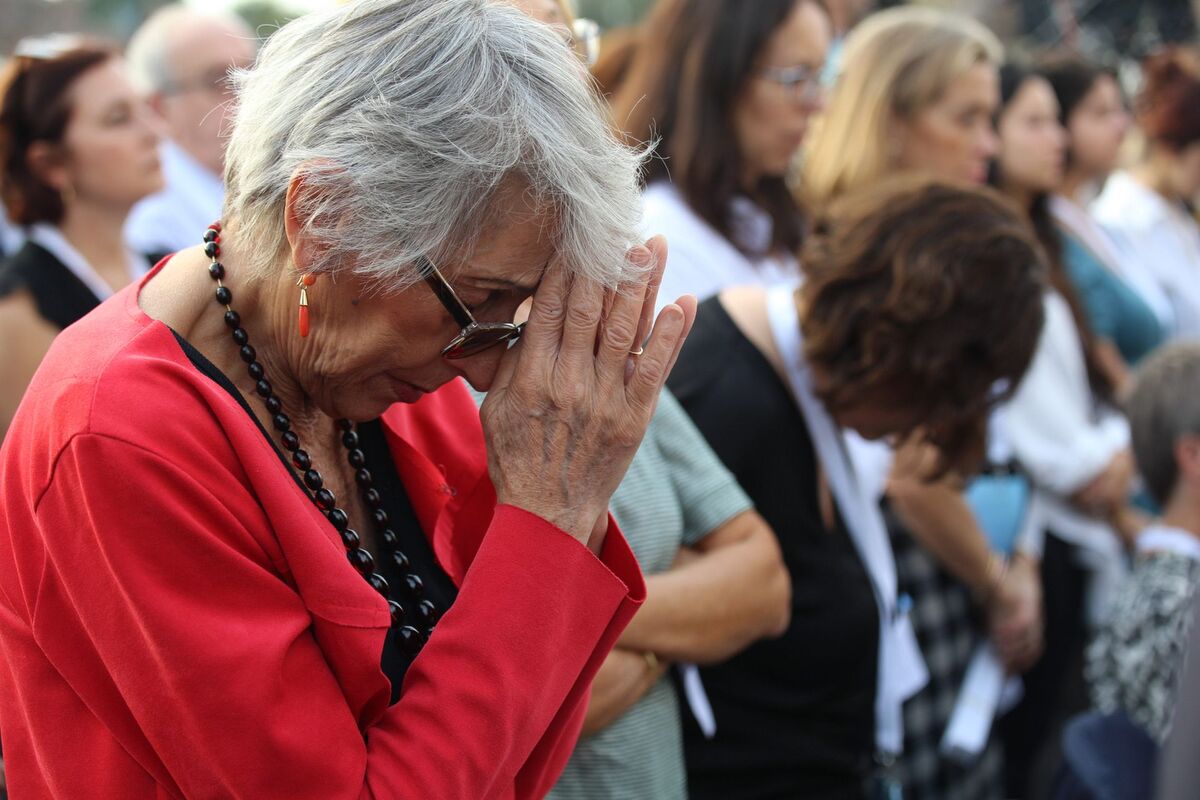 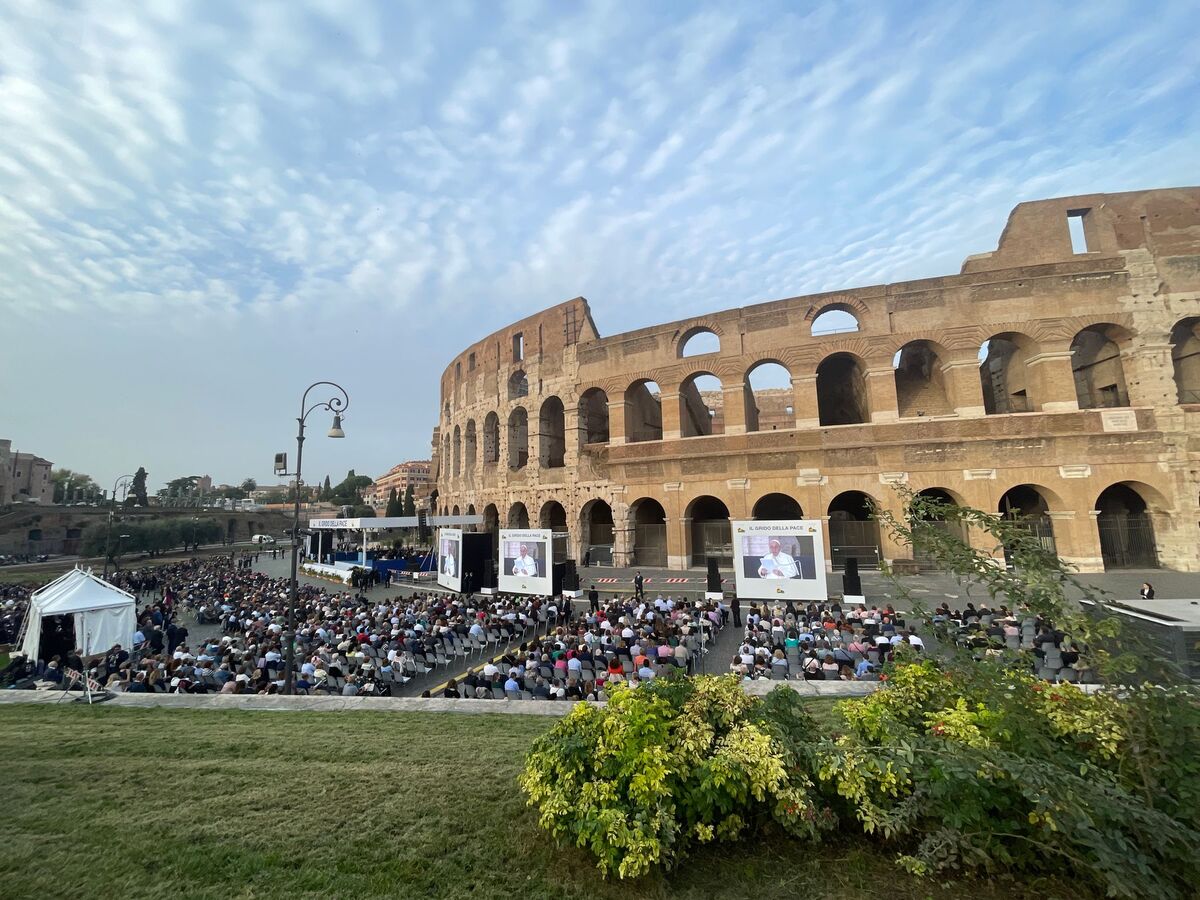 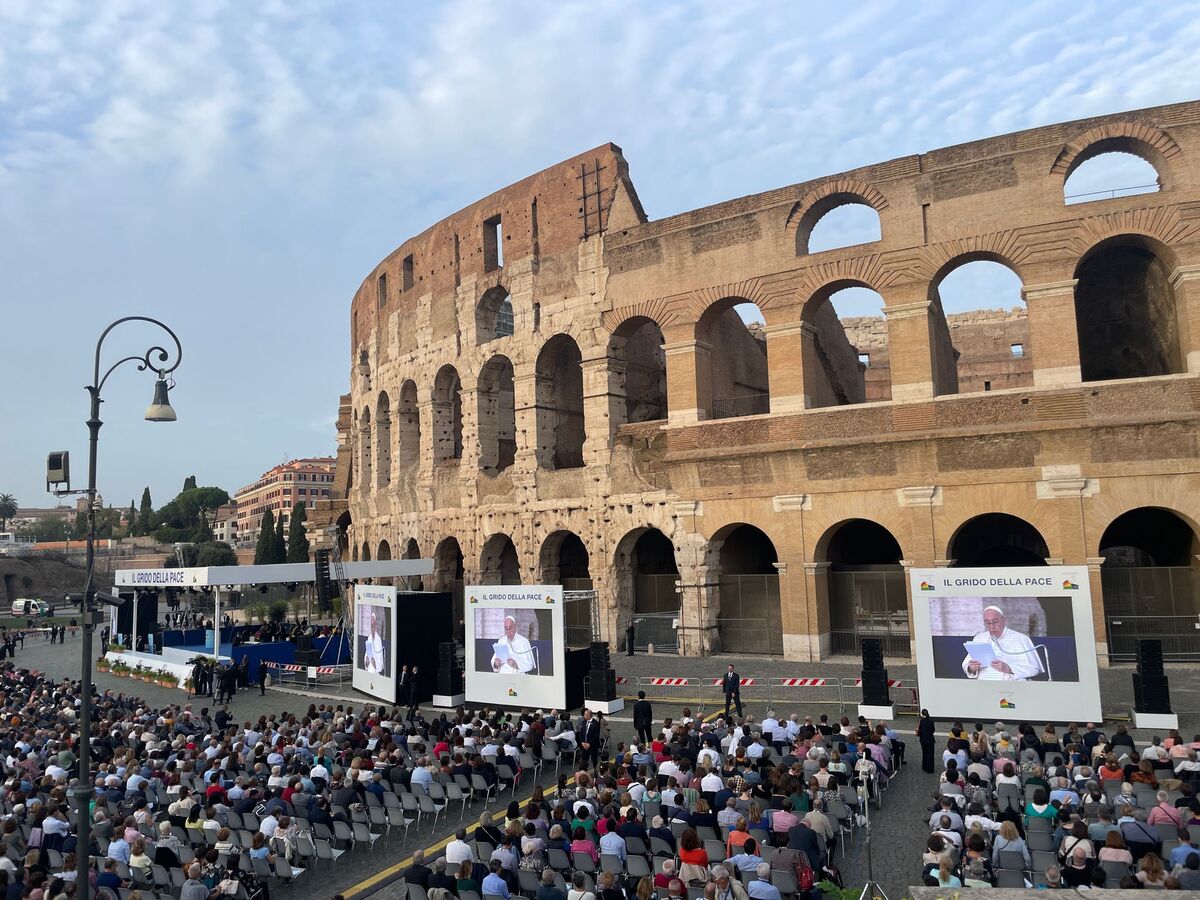