MENU MOBILE
FINAL > O GRITO DA PAZ > GILIAN KINGSTON AT #THECRYFORPEACE: "WE ARE GUILTY OF TRASHING OUR HOME AND SOON IT MAY BE BEYOND REPAIR"
PreviousNext

Gilian Kingston at #thecryforpeace: "we are guilty of trashing our home and soon it may be beyond repair"

‘Let’s start at the very beginning, a very good place to start…’

The book of Genesis, recounting the story of creation, tells us that God created the earth and saw that it was good, indeed, very good. But, as we know, things deteriorated…

Then, following a ‘major weather event,’ the Flood, God made a Covenant with Noah:

But here’s the catch, the nature of a covenant is that it is an honour agreement between two parties - God has been faithful to that creation covenant, but humankind has not. Isaiah of Jerusalem paints a grim picture…

The earth dries up and withers, the world languishes and withers, the heavens languish with the earth. The earth is defiled by its people; they have disobeyed the laws, violated the statutes and broken the everlasting covenant. Therefore a curse consumes the earth; its people must bear their guilt. Therefore earth’s inhabitants are burned up, and very few are left. (Isaiah 24:4-6)

Bishop David Atkinson, a research chemist before he became a priest of the Church of England, reflects on the relationships between God, creation and humanity in his book, Renewing the Face of the Earth. He considers that…

‘a significant part of our problem is that we have lost the understanding that ‘the earth is the Lord’s’ and, with it, the Biblical sense that there is a life-giving triangle of relationships between God, the earth and humanity: that we humans are part of Nature and dependent on Nature for our well-being, but that we also have responsibility under God to care for God’s creation on God’s behalf.

Covid-19 has underlined and emphasised for us, as nothing else seems to have had the power to do, that we are indeed one world.

However, the effects of climate change are much more evident in some parts of the world than in others, and it must be clear to all, except the wilfully blind, that we are all on a course to disaster, but that those most vulnerable are those who have least contributed to this disaster. Therein lies a major issue of justice and equality…

The Apostle Paul, writing to Christians in Corinth, declares that

… there should be no division in the body, but…its parts should have equal concern for each other. If one part suffers, every part suffers with it; if one part is honoured, every part rejoices with it. (1 Corinthians 12: 25-26)

The North African theologian of the fourth century, Lactantius, observed that

The whole point of justice consists precisely in our providing for others through humanity what we provide for our family through affection.

And, rather more recently, in his encyclical, Fratelli Tutti (2020), Pope Francis argues similarly

17. To care for the world in which we live means to care for ourselves. Yet we need to think of ourselves more and more as a single family dwelling in a common home. Such care does not interest those economic powers that demand quick profits. Often the voices raised in defence of the environment are silenced or ridiculed, using apparently reasonable arguments that are merely a screen for special interests.

30. In today’s world, the sense of belonging to a single human family is fading, and the dream of working together for justice and peace seems an outdated utopia. What reigns instead is a cool, comfortable and globalized indifference, born of deep disillusionment concealed behind a deceptive illusion: thinking that we are all-powerful, while failing to realize that we are all in the same boat.

UN Secretary-General, Antonio Guterres, has pointed out, ‘Climate is happening now and to all of us. No country or community is immune and, as is always the case, the poor and vulnerable are the first to suffer and the worst hit.’

It is abundantly clear that

Obviously, analogies only go so far, but the issue is clear: we are guilty of trashing our home and soon it may be beyond repair; we are destroying what has given us shelter and sustenance, and, critically, we are putting others in the home under increasing pressure.

You may know the comedy series, ‘Father Ted,’ It includes the character, Father Jack, whose standard reply to challenging questions is ‘That would be an ecumenical matter!’

The most challenging question facing the world today is that of climate change –and it is an ecumenical matter, in the full sense of that term.

Ecology – the well-being of the home

Economics – the running of the home

Ecumenics – the relationships within the home.

When it was almost time for the Jewish Passover, Jesus went up to Jerusalem. In the temple courts he found people selling cattle, sheep and doves, and others sitting at tables exchanging money. So he made a whip out of cords, and drove all from the temple courts, both sheep and cattle; he scattered the coins of the money changers and overturned their tables. To those who sold doves he said, “Get these out of here! Stop turning my Father’s house into a market!” His disciples remembered that it is written: “Zeal for your house will consume me.” John 2:13-17

Sisters and brothers, it is time for us to be consumed by zeal for our Father’s house and for those in it…

Lord, Father of our human family,
you created all human beings equal in dignity:
pour forth into our hearts a fraternal spirit
and inspire in us a dream of renewed encounter,
dialogue, justice and peace.
Move us to create healthier societies
and a more dignified world,
a world without hunger, poverty, violence and war.

May our hearts be open
to all the peoples and nations of the earth.
May we recognize the goodness and beauty
that you have sown in each of us,
and thus forge bonds of unity, common projects,
and shared dreams. Amen.

A prayer from Fratelli Tutti 2020. 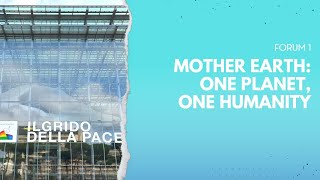 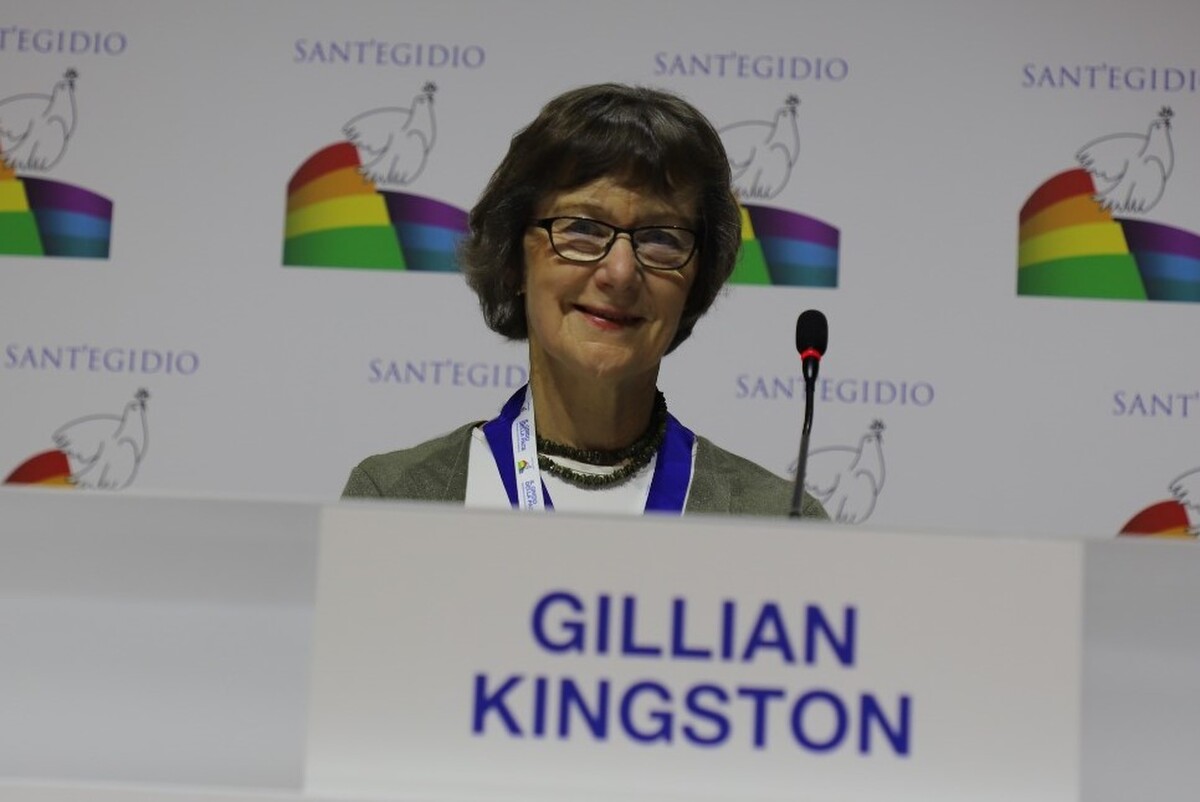 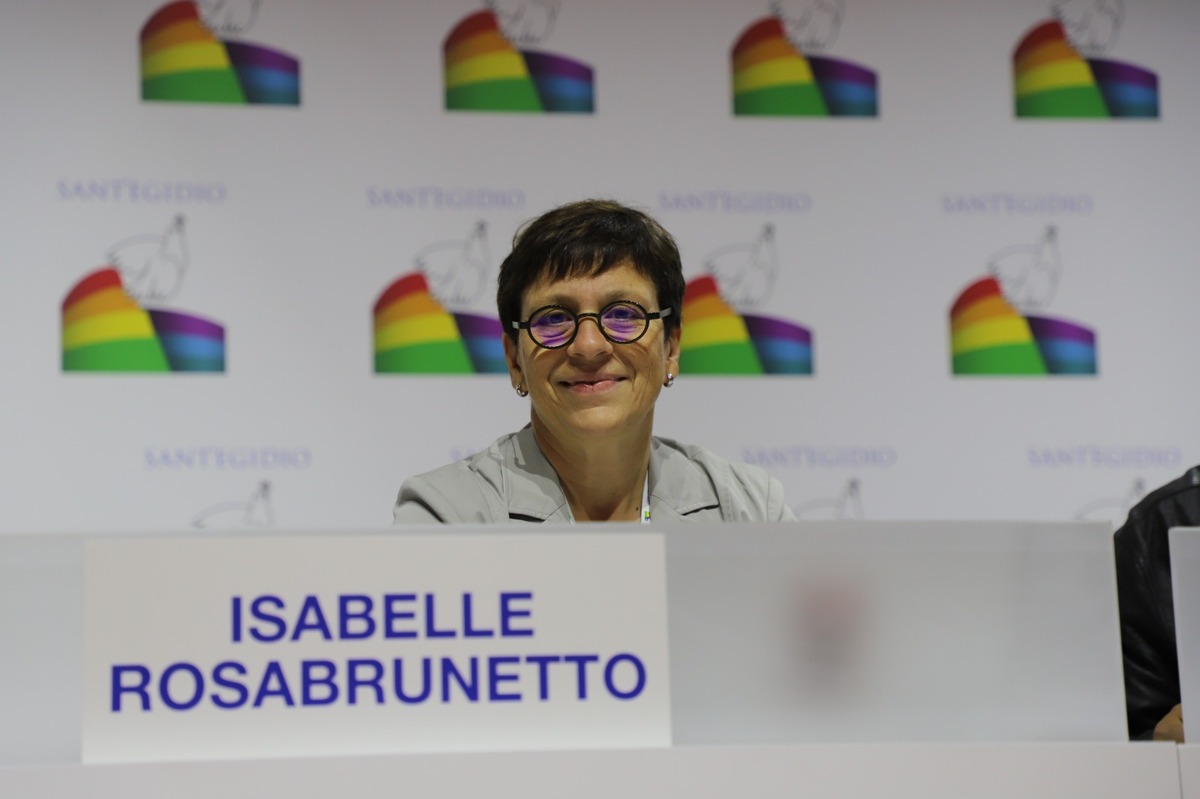 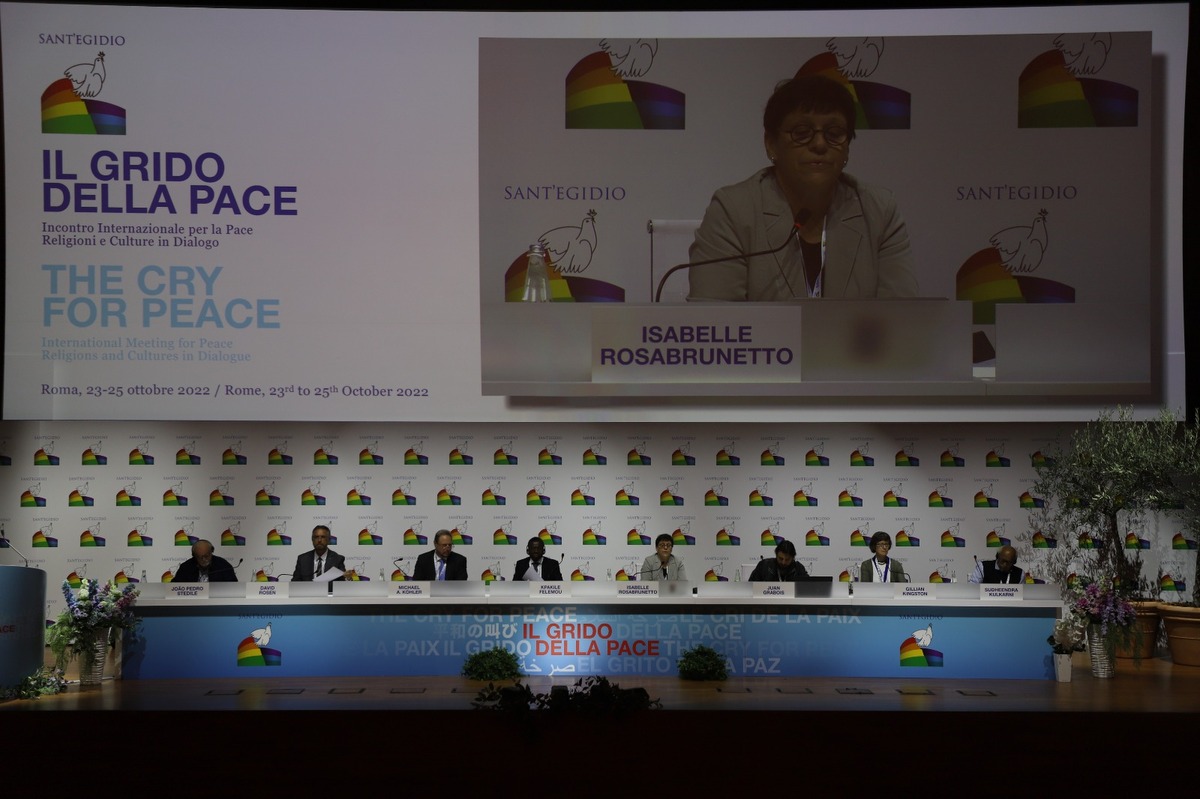 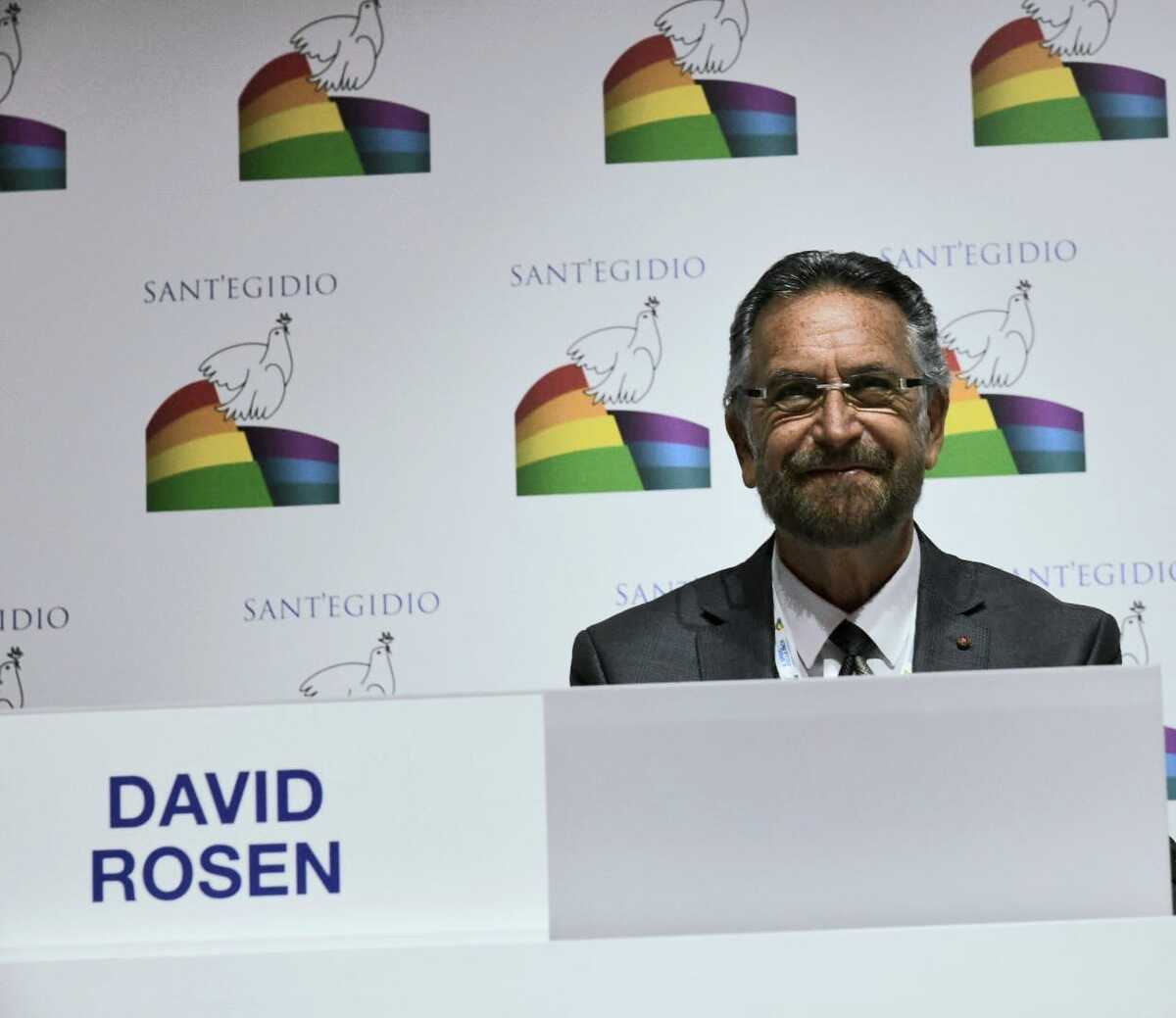 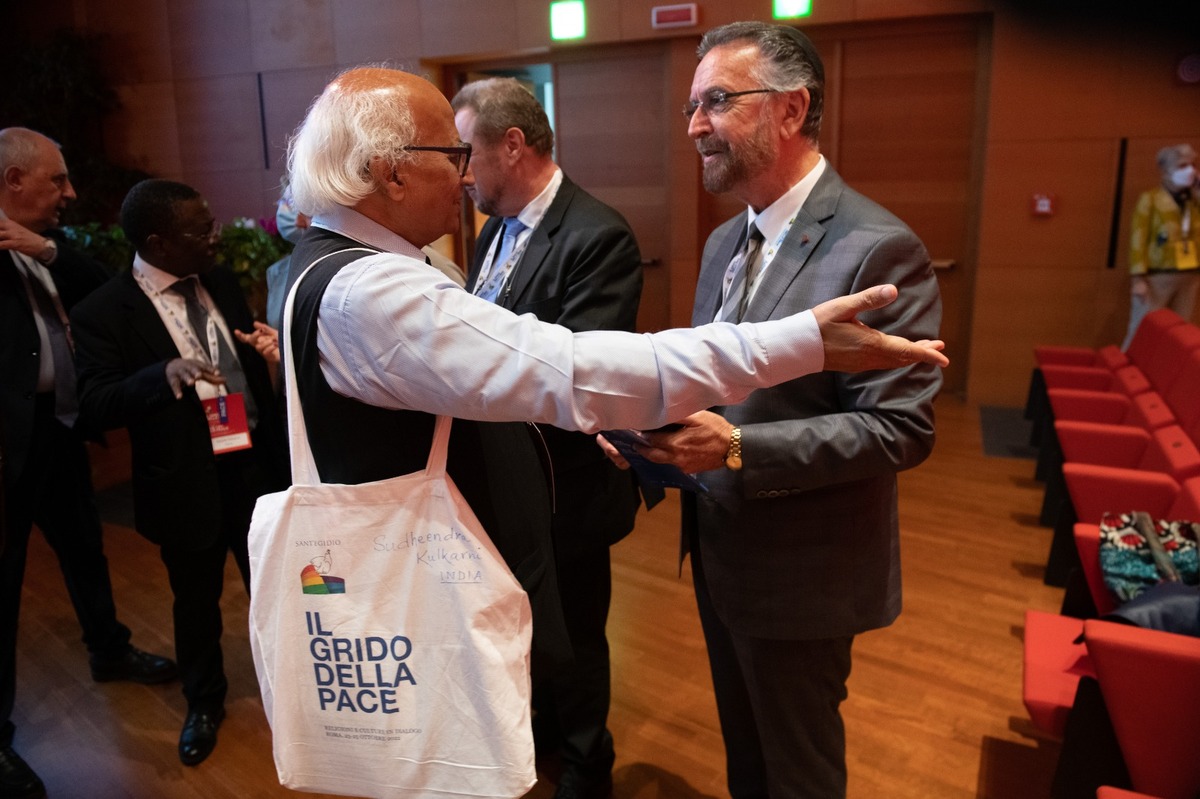 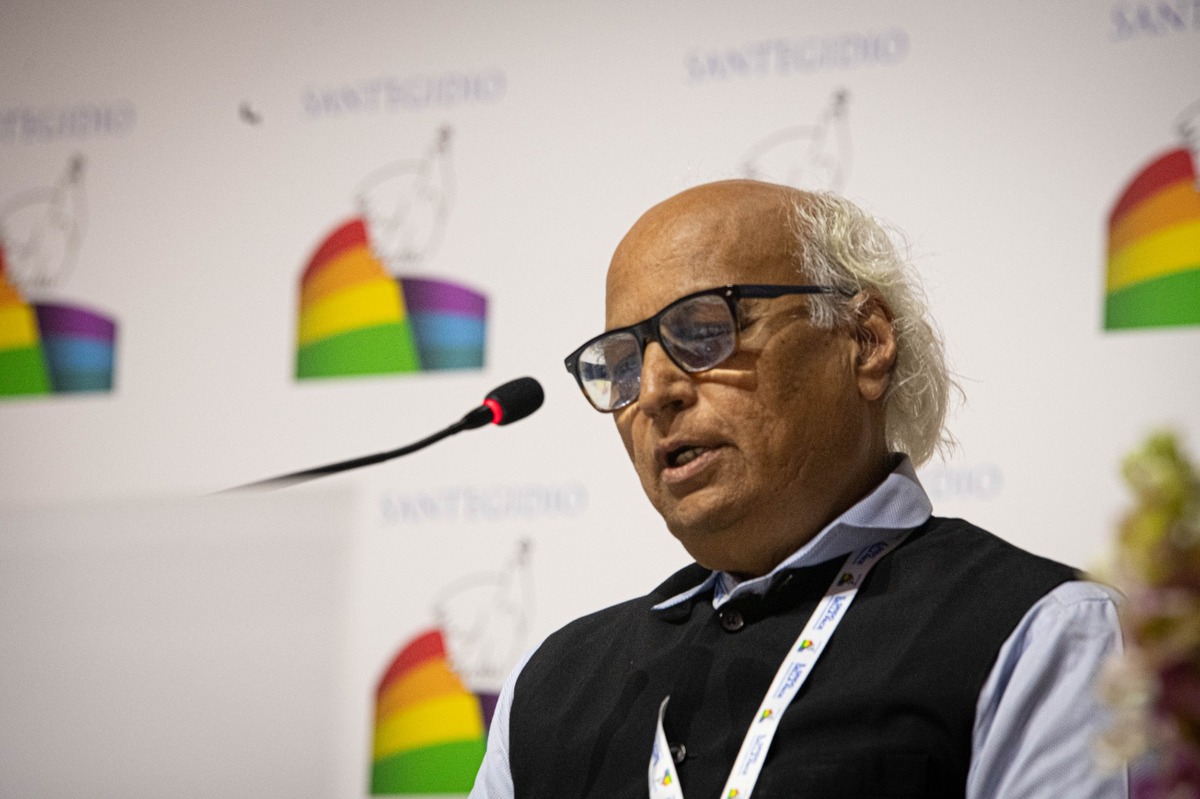