MENU MOBILE
FINAL > O GRITO DA PAZ > JOAN AT #THECRYFORPEACE: "IT IS THE DUTY OF EVERY CHRISTIAN TO STRIVE FOR PEACE, BECAUSE OUR PERSONAL PEACE IS REALIZED IN THE PEACE OF ALL AND TAKES ON A COMMUNITARIAN DIMENSION"
PreviousNext

Joan at #thecryforpeace: "It is the duty of every Christian to strive for peace, because our personal peace is realized in the peace of all and takes on a communitarian dimension" 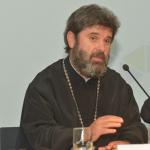 The inevitable process of globalization present various challenges for the whole human community and from these challenges our region cannot be excluded. In this global world, the influences of different groups from abroad become greater, whether positive ones that can help the dialogue and the strengthening of the values, or negative ones that can close communities within themselves, making dialogue difficult and fragmenting society and, therefore, weakening, peace, coexistence and mutual understanding. We are aware that cannot be peace and stability in a country, if the neighboring countries do not have peace and stability. The whole region is affected by each other.

We live in a multi-religious region and, although in different forms, all the countries of the region face the same and big challenges. After the fall of communism, in the institutional, economic and political collapse and in the great moral and spiritual vacuum that was caused by it, many extreme currents found fertile ground. Various political groups tried to exploit national and religious sentiments to realize their political goals, thus creating a great maelstrom of hatred, confusion and suffering. Also, at times they attempted to give to their wars a religious character, although they had nothing to do with the religion, wanting to exploit the powerful emotions that are triggered when one believes that his religion is in danger. Many people in the Balkans, ironically, have dubbed these wars “the religious wars of the atheists.” The same thing, although in a different form, has happened, also, in some other countries of the large region of the Mediterranean: the use of religion, by distorting it, to achieve political goals. Therefore, the role of religion, after the failure of many ideologies, has taken a priority, and our communities needs to face these challenges and to find original and creative solutions, as part of our global responsibility, for the good of the whole region and more.

Today's human society is at a crossroads and in a great spiritual confusion where manipulation could quickly take place. Major conflicts, both between individuals and larger groups, clashes between different peoples and states can pose a great danger to peace. It is important that religious beliefs are clearly articulated against violence and intolerance. All religious communities are called to be more vocal and to strengthen dialogue and cooperation, covering all the paths through which extreme propaganda that incite hatred and divisions can pass. Religion should serve to promote and increase peace and harmony as an important part of its preaching. We must preach, by words and deeds, without ceasing, how our religions see the human person and what attitude they should have towards others. Also, these should not remain only a matter of narrow circles of theologians and dogmatic texts, but to spread and be absorbed by all our believers. Interreligious cooperation, dialogue and understanding is necessary for our region to maintain peace, coexistence and stability.

Since the representatives of other religious communities of our Mediterranean region will explain better than me their position about peace, coexistence and how they see the human person, I will mainly talk about the position of the Orthodox Church.

We live in a world where there is no peace, in a world of cruelty and turmoil where injustices, poverty, conflicts and wars are causing great suffering, destruction and misery, because there is no peace where there is evil, as prophet Isaiah says (Is. 48:22). It is the duty of every Christian to strive for peace, because our personal peace is realized in the peace of all and takes on a communitarian dimension. Christ is our peace - writes Saint Basil the Great - he who seeks peace seeks Christ..., without an attitude of peace towards all people, no one can be called a true servant of Christ.

Starting from Christian anthropology, that God "has made of one blood all races of men" (Acts 17:26), the Church sees human unity more deeply and the need for dialogue and love between people as indispensable. Although the Orthodox Church didn’t hold to any doctrine of holy or just war, she must always be alert and she must have a stronger and clearer voice against war, and especially against the use of religion in conflicts and wars. In recent years many voices have been raised against the use of religion in the ethnic conflicts. One of the strongest voices is that of Archbishop Anastasios of Albania, whose motto has been that “the oil of religion must never be used to flame the conflicts but to sooth hearts and heal wounds,” has become a classic statement, not only in the Orthodox Church worldwide, but in wider circles as well. Also, the Interreligious Declaration of Bosphorus specifically states that, "a crime committed in the name of religion is a crime against religion."

Christianity always remains positive towards every person, always keeping in mind that every person is created in the image of God, and and all human beings are associated to each other, because every person's divine origin is never lost, even if his or her religious conceptions and beliefs are mistaken (See the Parable of the Samaritan, Lk 10: 25-37). We must be aware that by respecting the dignity of every human person, we are not doing them a favor, because this dignity has been given to them by God, but we are helping more ourselves, because only in this way our human nature can be fulfilled. Without spiritual enlightenment, without religious values, cultivated over centuries, without justice and forgiveness, without love and respect for every human being, whoever he is, it is difficult to achieve peace.

Another danger for social peace, without which there can be no peace between peoples and states, is the great gap between the rich and the poor. The rich countries in our region, should help the poor ones, because without narrowing the social gap there will always be riots and extremism and populism will flourish. In today's time, selfishness is a great enemy of peace.

God has blessed us with a beautiful region, therefore all our efforts should be focused to stop our region from turning into a grave, but to turn it in a region where peace, understanding and coexistence prevail, because this is how we fulfill God's will. We must oppose every form of violence and persecution and certainly against the instigators of war and hatred, because hatred does not come from God. 'God is not the God of war,' writes St John Chrysostom. “To make war is to declare oneself against God as well as against one's neighbor. To be at peace with all men is what God, who saves them, requires of us. Blessed are those who work for peace, for they shall be called the sons of God. How are we to imitate the Son of God? By seeking peace and pursuing it.” 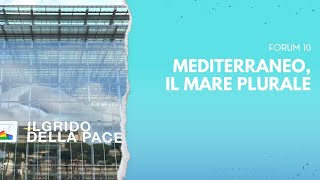 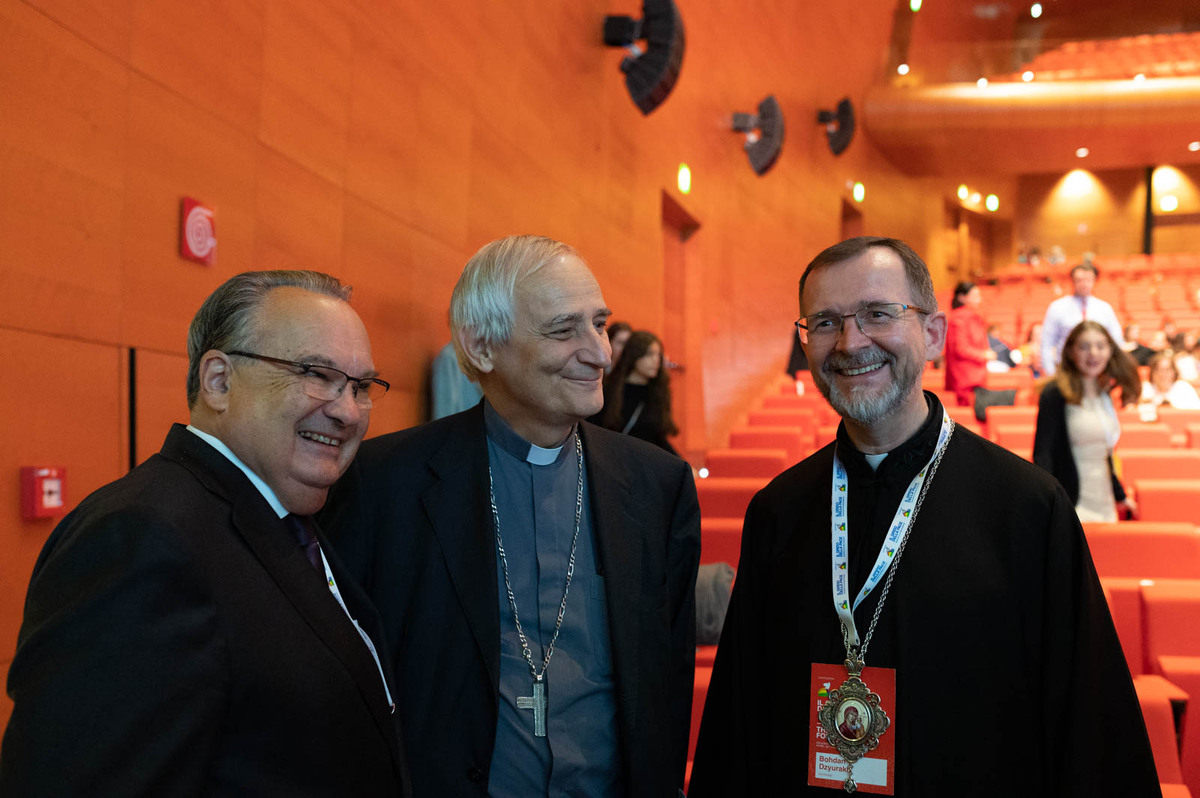 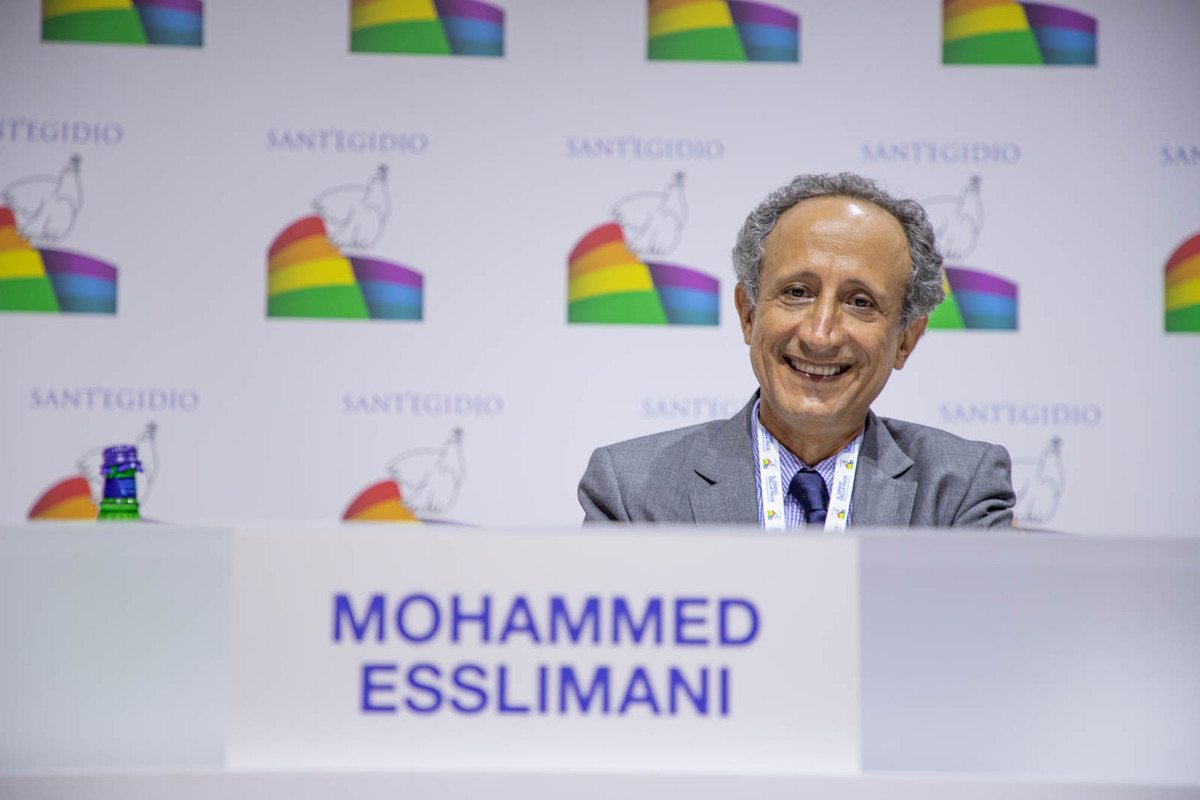 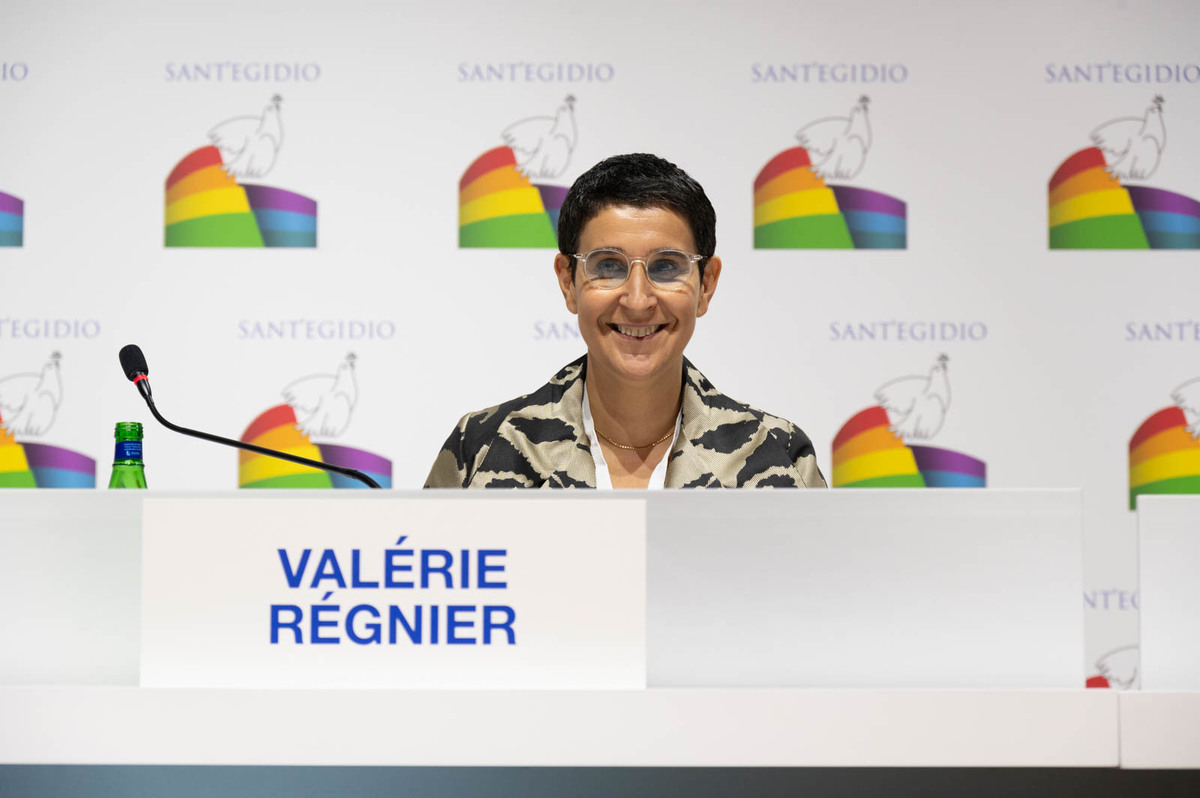 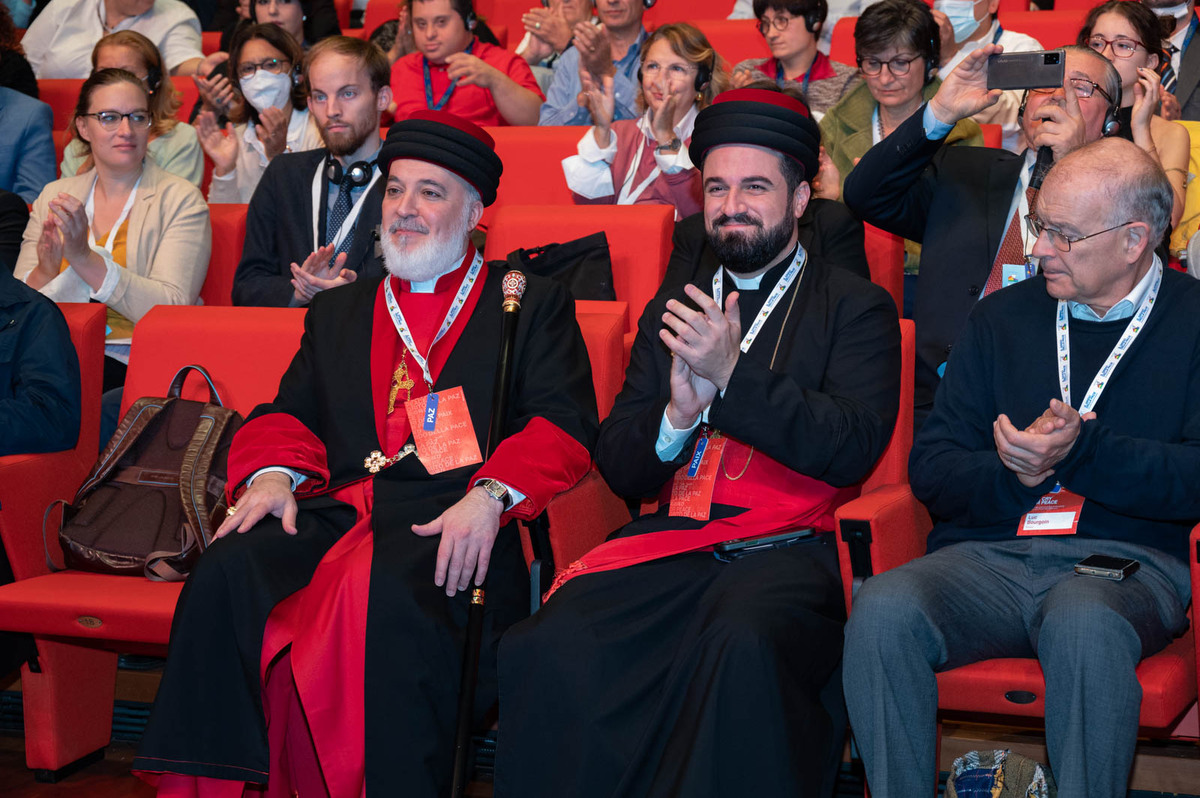 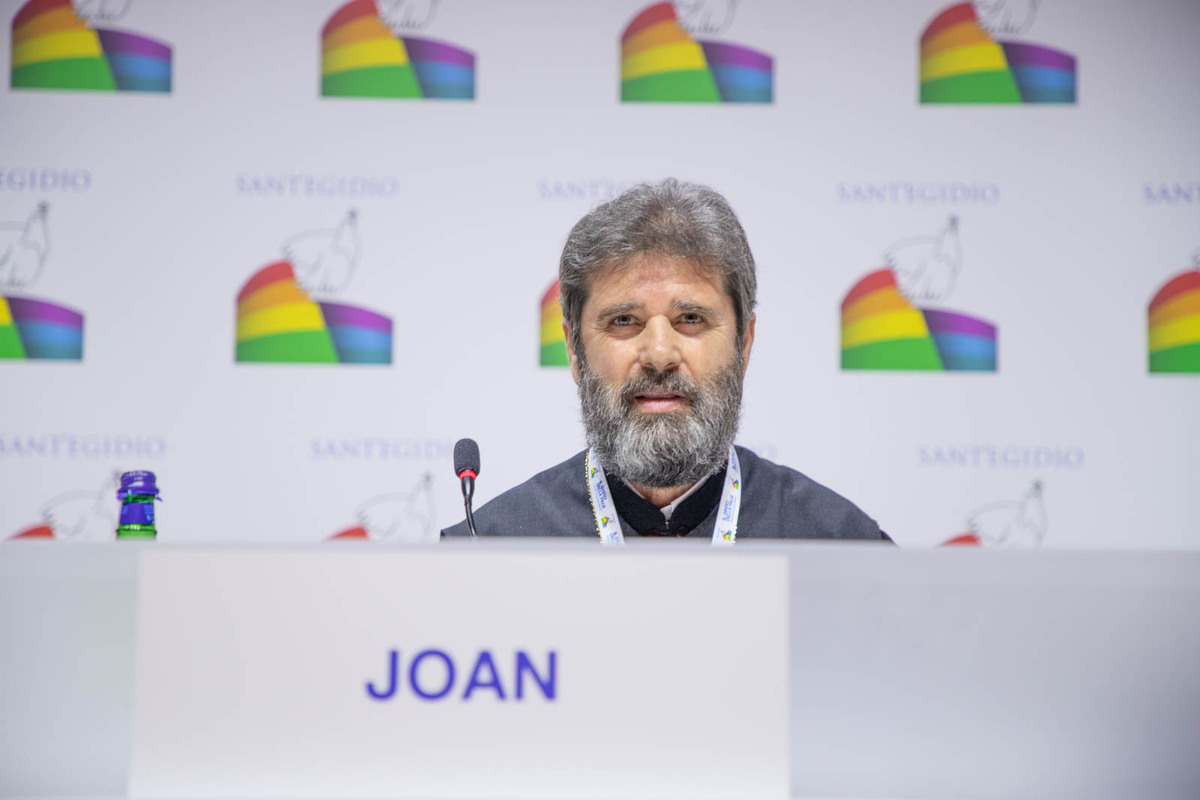 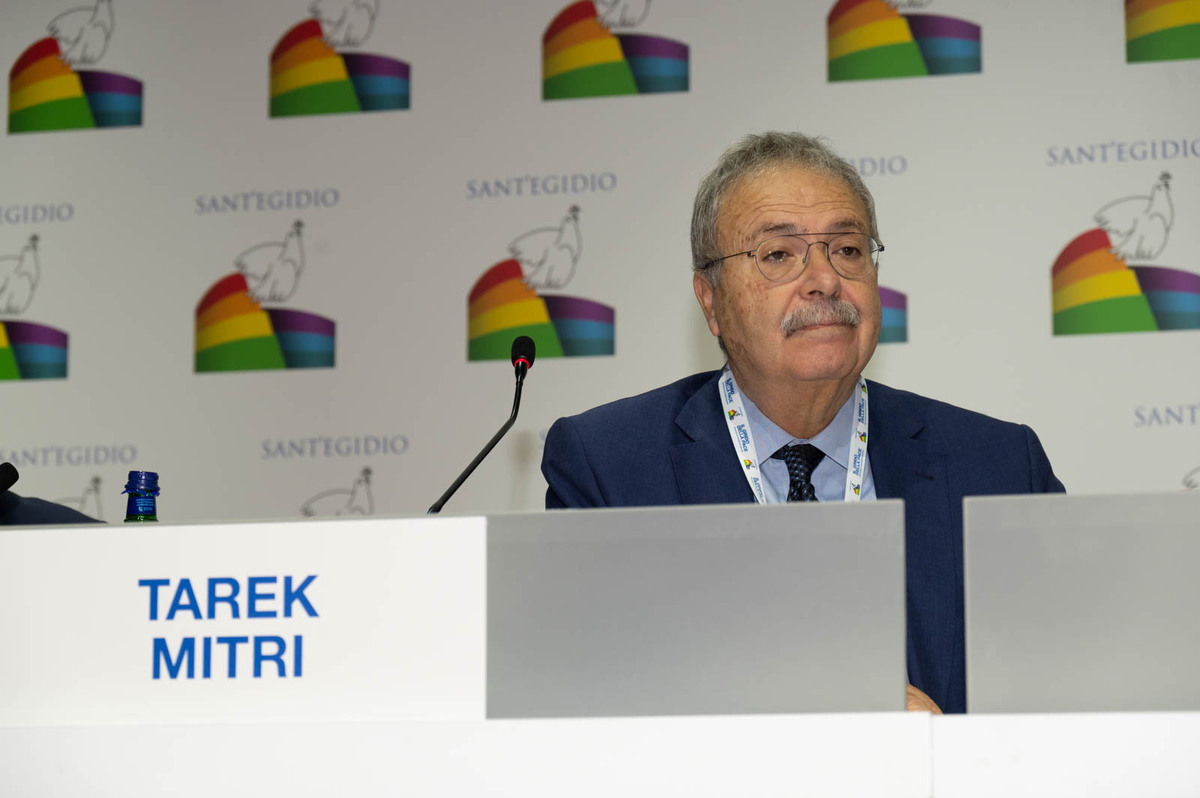 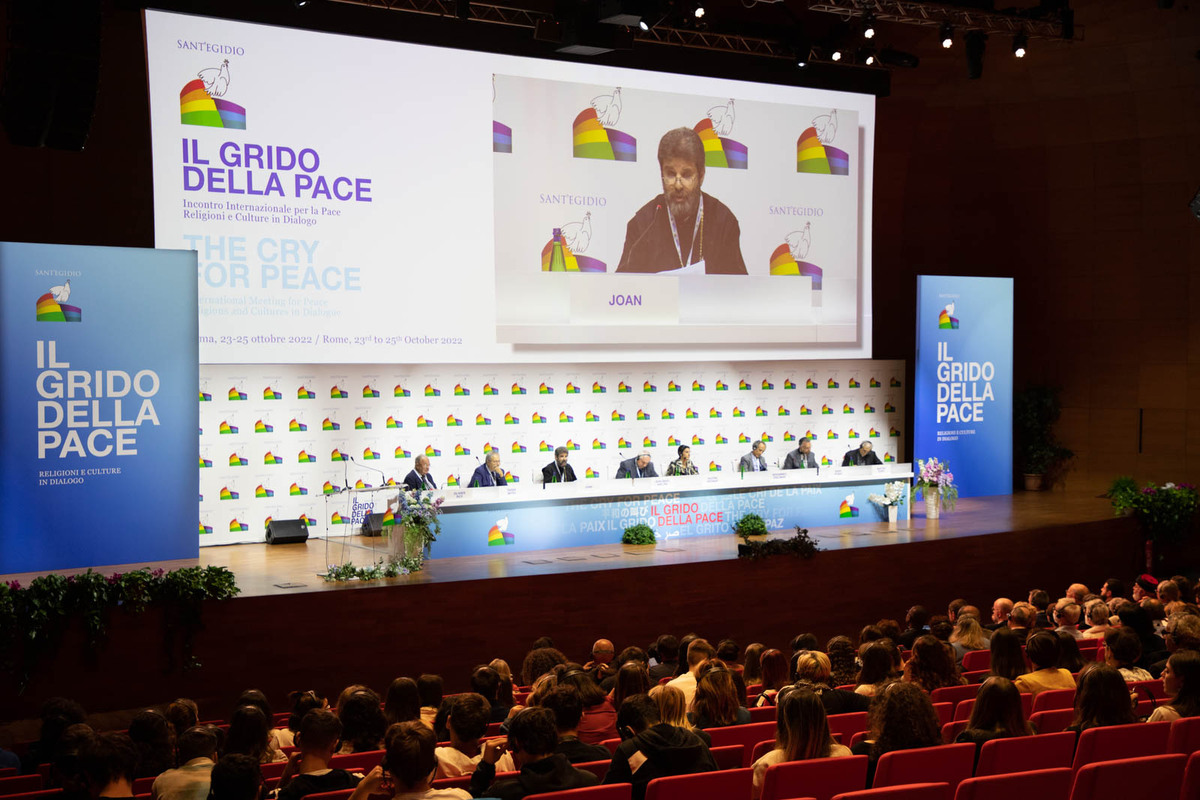 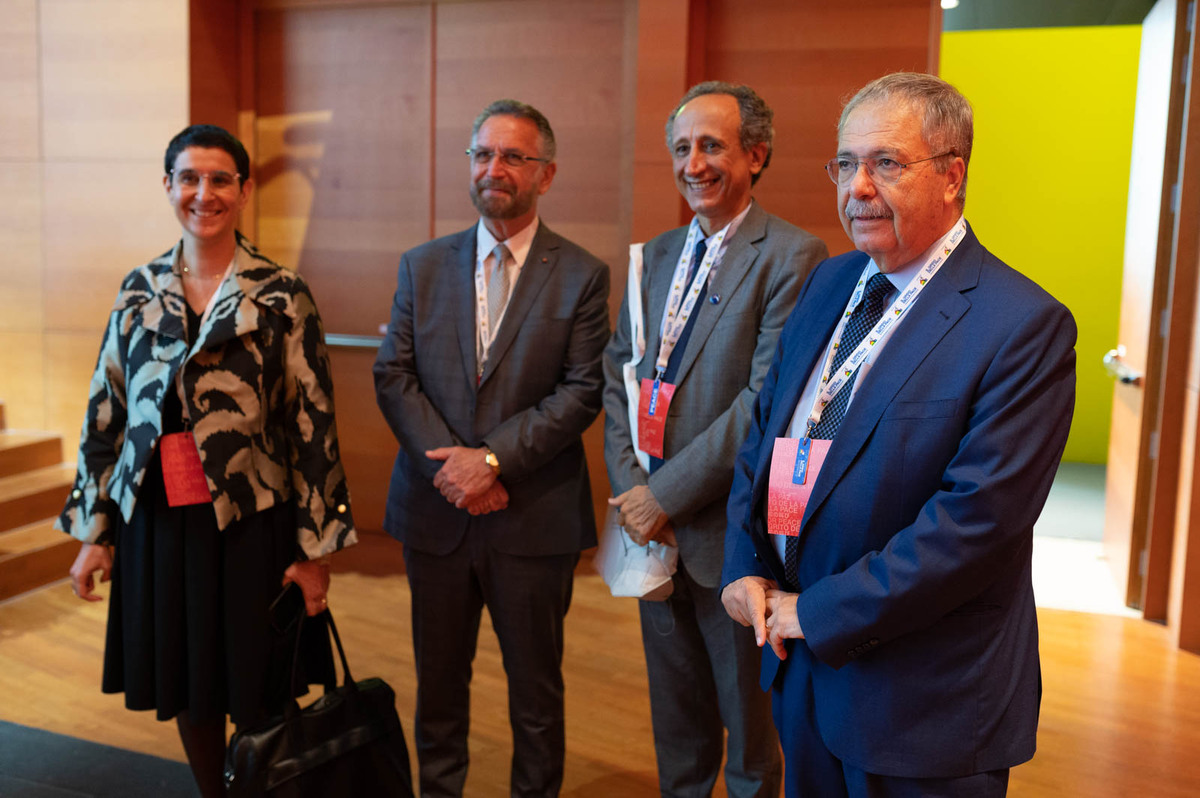 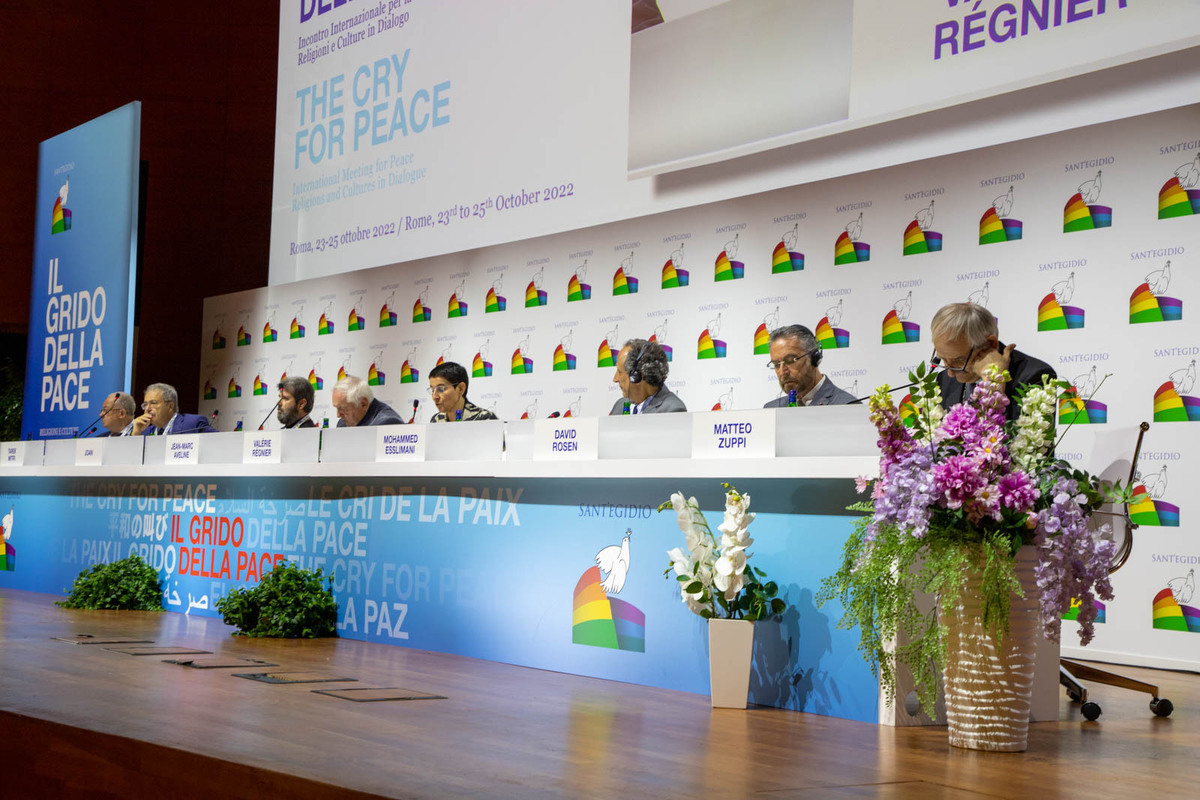 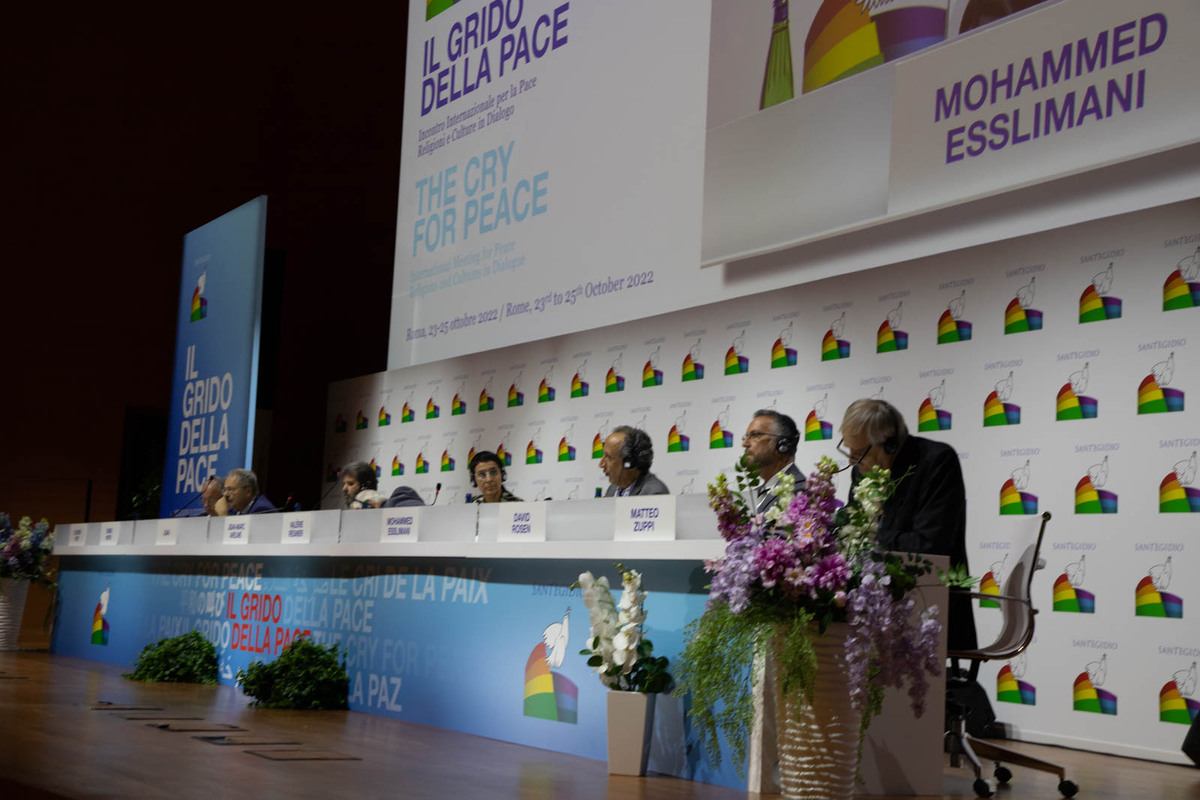 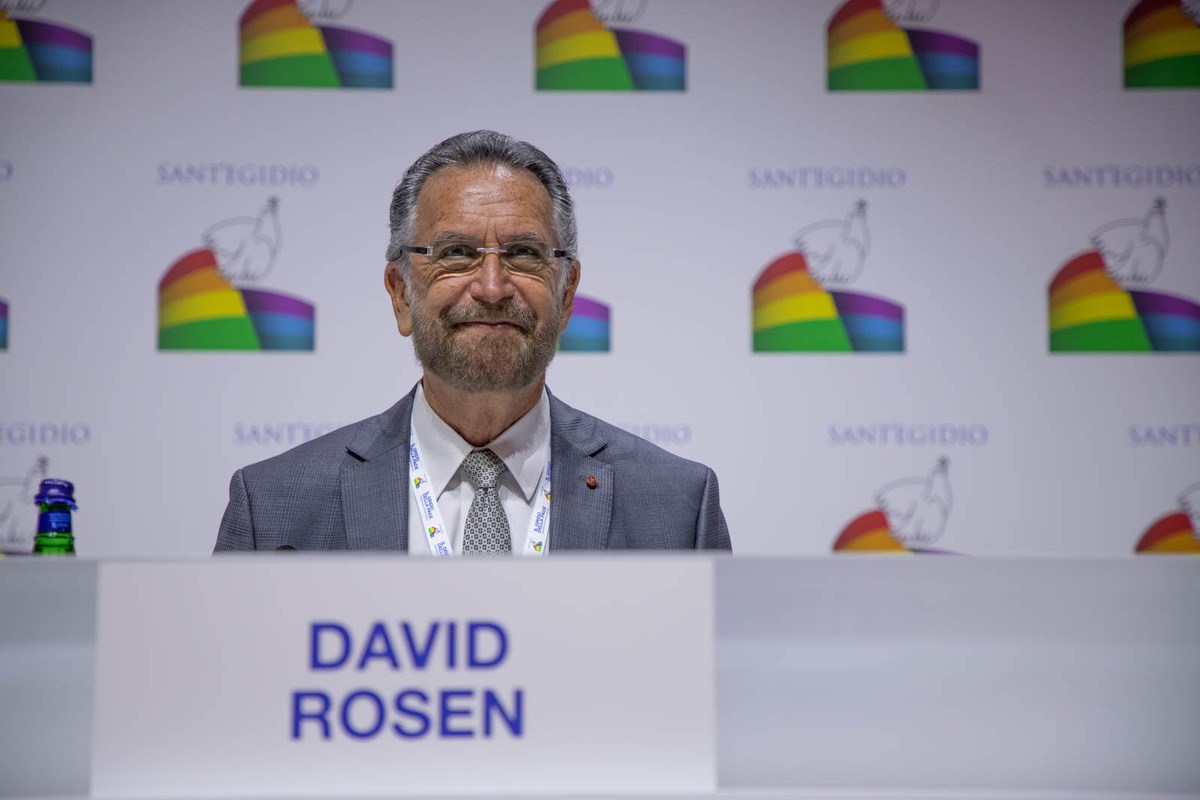 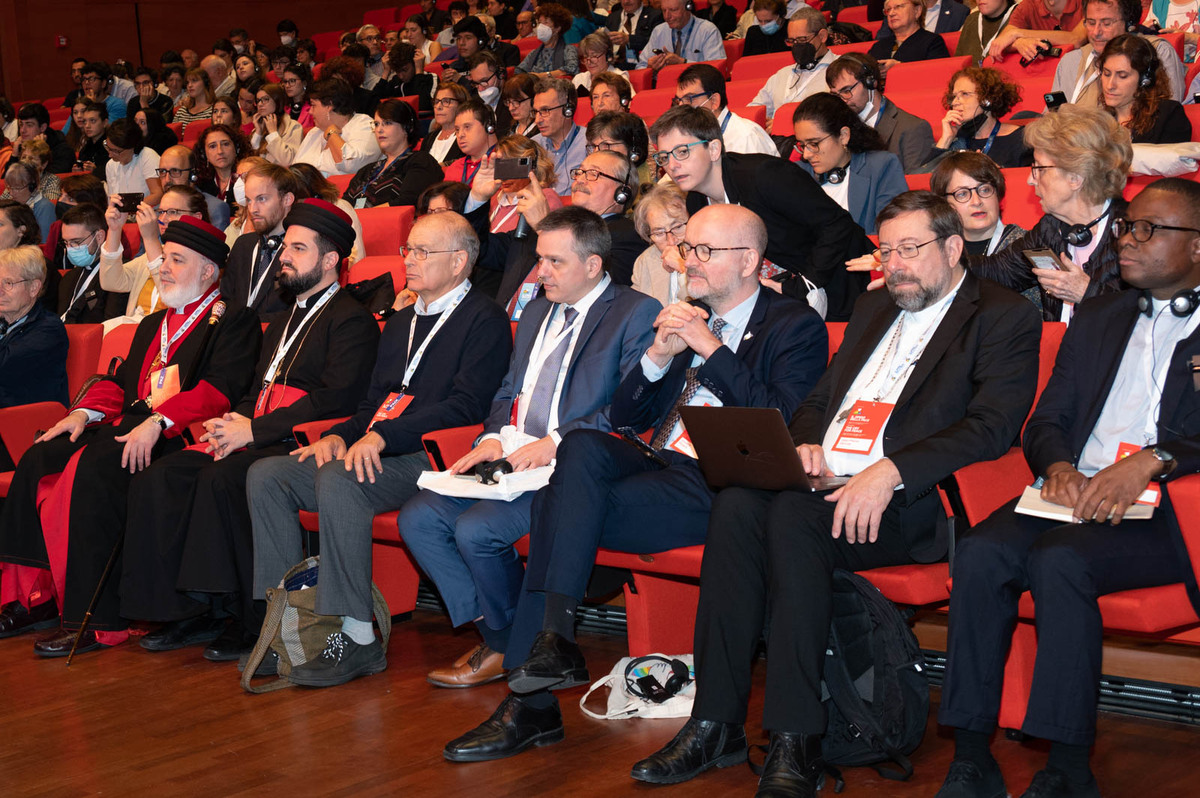 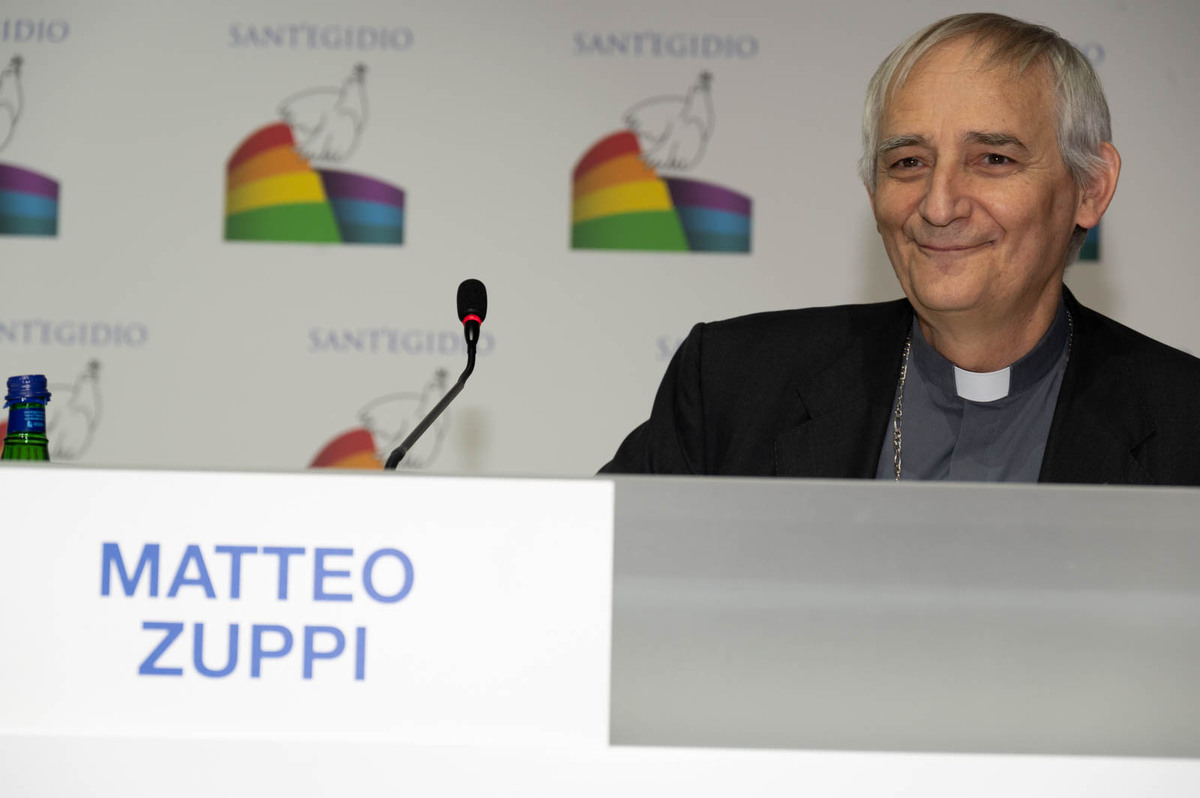 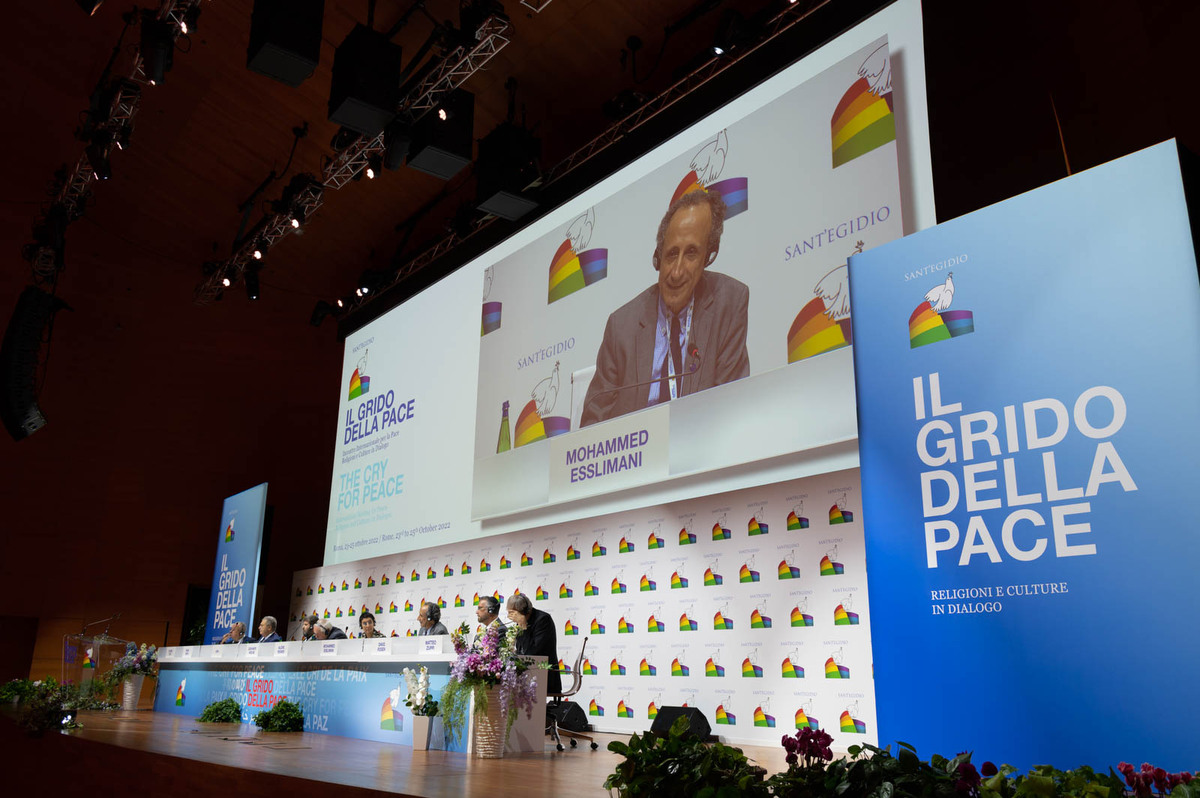