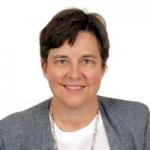 Direktorin des World Faiths Development Dialogue, USA
biografie
Welcome to this discussion. The changing roles of women and men, and thus their relationships, are a leading issue for our era. New roles for women are part of the courage to hope for a better future where the ideals of equality among all peoples and human dignity are truly lived.
These are not simple issues because they involve profound changes in many traditions. They affect every human being from the time they awake until they sleep. They affect the shape and behavior of families, the foundation of society. I would argue that relations between men and women involve more energy, more ethical challenges, more demands than any other human relationship. Thus they are central to religious beliefs, traditions, behavior, and leadership.
In the work that the Berkely Center at Georgetown and the World Faiths Development Dialogue have done over eight years on religion and development, one issue has emerged more than any other. It is how religious institutions address the changing roles of women and men. Religious institutions tend to describe themselves are guardians, protectors of women. Feminism is often a bad word, suggesting wanton values and the breakdown of families. Yet many, from within and outside religious communities, paint a different picture. That picture involves patriarchy, where men dominate, isolation of women, denigration of women s ideas and priorities, and assumptions of male authority. No other issue so perturbs the appreciation of what religious traditions have to offer in the world.
Violence against women is a central part of this troubling scene. Violence against women is probably as ancient as any other human practice. But something is very new. We know far more about it. And it may be happening in forms and on a scale hitherto unknown. A third of women worldwide report some form of domestic violence. Worse, as many as half have never spoken of it. Shame and expectations drive a terrible silence. We know also about the horrors of violence against women in war, rape as a tool of conflict. Trafficking in women is a large, probably growing dimension of globalization. Violence in communities, harassment and far worse, are all too common. The marriage of children, keeping girls out of school, are other forms of violence. Women are an all too common face of poverty.
We can and should expect that religious communities would be at the very forefront of contesting and combatting these trends, the more so as we know what is happening. In some cases this is happening. In many others it is not. Silence, discomfort, and acceptance are too common perceptions of how religious traditions approach violence against women. We can work to change that picture.
This discussion today is an opportunity to explore what is being done (and what is not), the issues that lie behind, and new ideas for action.
Let me introduce our wonderful panel of speakers. We must finish by 11 so we must be disciplined with time. I encourage bold ideas and new directions, with courage to hope that this discussion can represent a breakthrough on topics too often kept at the margins or in the darkness.