Christian brotherhood and the unity of the world 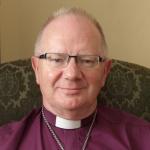