Responsibility to Tell the World: Information at the Service of Peace 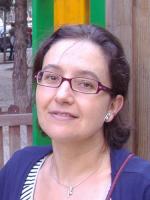 Journaliste, directrice de l’Association internationale des journalistes de Religion, Espagne
biographie
Issues of faith in public life dominate world news, yet religion is often misunderstood orignored in journalistic coverage. The International Association of Religion Journalists (IARJ), the world’s first international body of religion journalists, provides editors, reporters and analysts with tools, resources and support to promote excellence in global reporting on religion.
The IARJ was founded in March 2012 at a meeting at The Rockefeller Foundation Bellagio Center in Italy. Some 400 journalists from more than 90 nations have joined the organization, and its Board of Directors includes representatives from Africa, Asia, Australia, Latin America,North America and Europe.
Global religion journalism comes with great responsibility. Today around the world many conflicts have a religious factor. Religion journalists have a role in not really defusing the conflicts – because the conflicts are real, but in clarifying the issues and in being fair in their representation of them and of the people involved. Reporting that increases understanding can reduce discrimination and promote civility, while inaccurate and irresponsible journalism can contribute to persecution and even inflame conflicts responsible for the suffering of millions.
What sets the IARJ apart as organization is its commitment to being an international body that can transcend national and regional biases. Religion plays a very important role in the daily life of billions of people around the world, and we are a community of professionals who care enough about that to want to portray their beliefs and practices - and their conflicts - with accuracy, fairness, and balance.
The commitment to international collegiality begins with the IARJ’s mission statement: “The International Association of Religion Journalists is a global network of journalists promoting excellence in the coverage of religion and spirituality. It provides services and resources to strengthen and support the work of its members. It engages media leaders, educational institutions and communities on the importance of accurate, balanced, and ethical religion coverage to foster understanding.”
Its website, www.theiarj.org, offers original articles sharing best practices in religion coverage and up-to-date research on religion throughout the world, both in English and in Arabic. The website features reliable statistics on believers and public attitudes, national legislation on issues related to religion, background on religious and ethnic conflicts and information on scores of religious traditions.