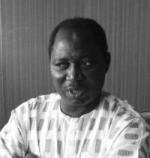 One of the best ways of preventing ethno-religious tensions is to build bridges of dialogue and cooperation between the Christians and Muslim. There is much common ground between Muslim and Christian. Considering the current situation and the nature of the problems, we need shared values that will make cooperation necessary for solving the problems, promoting understanding, tolerance, conflict prevention/management, peace building, reconciliation and further the cause of a society dominated by morality, happiness, tranquility, security, and prosperity. This can be achieved by forming an alliance of all sincere and religious Christians and Muslims leaders and and followers who can come together and unite for a common purpose and just cause.

Christianity and its enthusiasts are confidence that their religion preaches peace, for example, when  Christ was announced with the angels’ song ‘Peace and goodwill among humankind’ (Luke 2:14), thus indicating that the Christ who was born brought peace to human beings. In fact Jesus is referred to as the ‘Prince of Peace’ (Isaiah 9:6). If Christianity profess peace and Islam  too, then one would expect that nations of the world  would experience double peace.

In Nigeria today,  our daily newspapers and other medium of communication; are full of all kind of reports relating to one conflict to another. In response to such  conflicts, efforts has  also witnessed a rise in conflict resolution and peace building initiatives by Christian institutions, clerics that have been working closely with both the government, and other faith /institutions, traditional leaders, women youth, organizations working on faith based approach as our Centre among many others.

In some of our interventions, in Nigeria which has led to the remarkable achievements in restoring peace in some communities and States. one of this notable experience is the exemplified adoption of the Kaduna Peace Declaration in August 2002, the formation of the Kaduna Peace Committee and other peace structures such as the inter-religious harmony committees at various levels of society, The Yelwan Shendam Peace Affirmation  in 2005, The Pastoralist-Farmers in Kaduna State, and between local ethnic groups and religious groups in the Niger-Delta, just to mention a few. Furthermore, due to our strategies in restoring  peace and tranquility, hundreds of leaders at various levels of the society including women, youth and other stakeholders have and we are still equipping religious, women, traditional, youth and other groups in the society by building their capacity  and skills on conflict resolution, Dialogue, Mediation and other peace building initiatives.

Notwithstanding the progress made to date, peace building in Nigeria is yet to be put on a sustainable path. It is on my own view and experience that the peace structures established are still undergoing restructuring we are yet to put in place a workable peace architecture for Nigeria.

We are encouraged as  faith group to meet in the form of Interfaith dialogue which requires that people of diverse religious backgrounds meet in a spirit of mutual openness, honesty and trust. We have explored this instrument and it has manifested great results.

Today we have a more spacious sense of respect for our divergence understanding.  It is even more important that more informal dialogues occur at the level of local communities, Churches, Mosques, Schools, Civic functions and wherever people congregate.

Another attempt at interfaith dialogue took place in December 1978 at Jos where, under the auspices of the National Catholic Bishops' conference, Fr. Chukwulozie organized an interfaith dialogue on a national level, early this year the President of CAN Pastor Ayo Orisejefor brought together Christians and Muslims leaders to promote dialogue under Think Nigeria Project involving especially Northern Muslims. Many prominent Muslims were invited and accepted, others sent representatives. (Ibid.)

Over the years the Sultan of Sokoto, Abubakar III, has shown himself not only just, but genuinely concerned to curb fanaticism and protect the interests of all who live in the North and particularly in Sokoto. His son, Muhammadu Maciddo, who has held various high posts, is likewise respected by Christians. Sheikh Ahmed Lemu and his son Nurudeen  of Niger State has, in spite of their stand on Shari’a, have been open to contact and cooperation with Christian groups. The present Sultan of Sokoto, His Eminence Sultan Abubakar Saad, as the co-chair of Nigerian Inter-religious Council, is another strong voice in promoting bridges of dialogue between Muslim and Christian in Nigeria. He has together with John Cardinal Onayikan set up a new out fit to promote Dialogue.

EFFORTS OF THE STATE AND NONSTATE ACTORS:

•  President Goodluck Jonathan has urged Nigerians to join hands with the Federal Government to address the challenge of terrorists masquerading as pastoralists to cause mayhem in the country. Jonathan made the call in Kaduna, on Monday, while declaring open an international conference on: Security and Development Challenges of Pastoralism in West and Central Africa.’’ The President, represented by Vice President Namadi Sambo, said the insurgents were exploiting the conflict between pastoralists and farmers to perpetrate terror.

•  In a press conference by the former Military President of Nigeria. Gen Ibrahim Babangida at his birthday Cushioning the anxiety of Nigerians by stating that issues of Securty of the magnitude of the insurgent orchestrated by Boko haram group need time to address.

•  On 27th of August 2014, the former civilian President Chief Olusegun Obasanjo honoured the invitation by the incumbent to discuss security and peace issues where promise his commitment to avail himself to the president Goodluck Jonathan in respect of the current trend of insecurity in spite of thier seeming soured political relationship.

SOME STRATEGIES ADOPTED IN BUILDING BRIDGES ACROSS FAITHS:

As earlier mentioned, the Interfaith Mediation Centre, established due some factors as a result of high level of mistrust, and violent inter-religious and ethnic conflicts across various communities that has been working tirelessly, in Nigeria have been working to address contemporary issues around religious and ethnic motivated conflicts by encouraging Christian-Muslim dialogue and building relation in Nigeria.

1 Peter 3:9-11English Standard Version (ESV)
9 Do not repay evil for evil or reviling for reviling, but on the contrary, bless, for to this you were called, that you may obtain a blessing.
10 For “Whoever desires to love life and see good days, let him keep his tongue from evil and his lips from speaking deceit; 11 let him turn away from evil and do good; let him seek peace and pursue it.

Romans 12:17-21 English Standard Version (ESV)
17 Repay no one evil for evil, but give thought to do what is honorable in the sight of all. 18 If possible, so far as it depends on you, live peaceably with all. 19 Beloved, never avenge yourselves, but leave it[a] to the wrath of God, for it is written, “Vengeance is mine, I will repay, says the Lord.” 20 To the contrary, “if your enemy is hungry, feed him; if he is thirsty, give him something to drink; for by so doing you will heap burning coals on his head.” 21 Do not be overcome by evil, but overcome evil with good.

Psalm 34:14  English Standard Version (ESV)
14 Turn away from evil and do good; seek peace and pursue it.

To effectively promote Muslim-Christian dialogue in Nigeria, the government needs to move from conflict resolution to conflict prevention through the promotion of culture of tolerance, and to effectively succeed in this strategy, government should use the platform of NIREC to integrate religious leaders at community level through establishing community based interfaith dialogue forum in every local government area, peace club in all secondary schools and adopt bottom up approach in inter-religious program development and implementation. The interfaith forum will carry out education and enlightenment activities on the issues of bridges of dialogue between Christian and Muslims.

In concluding this paper, it is worth emphasizing that Christians can speak of the peace elements of their faiths. The question therefore is not whether or not the religion promote peace and peaceful coexistence in their teachings, but whether such high values are put into practice. The truth of the matter is that it is not so much Christianity and Islam which creates situations of non-peace but those that bear the labels of Christianity and Islam – in other words Christians and Muslims we should develop interfaith theology of communication.