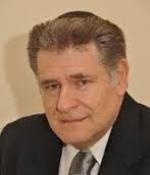 Politics is not merely the art of organizing and governing the masses; it is first and foremost the act of establishing the values and ideals towards which the people are being led.

Religion is not only an individual spiritual experience, but an overarching vision and set of beliefs that inspire the norms of behavior that entire communities share. When in the Pentateuch God speaks to Israel, both the singular and the plural grammatical forms are employed. The Ten Commandments are written in the singular: God addresses each one in his or her individuality. But on the other hand, God challenges Israel collectively to be a holy people, a people of saints, and there the precept is in the plural: You (all) must be holy for I the LORD your God, am holy.

The faith of a people has an individual beginning. Abraham´s spiritual experience was transmitted to Isaac and from him to Jacob. From the sons of Jacob developed a new people: the Sons of Israel, who as their Patriarchs did, also enacted a covenant with God. Christianity had its beginning in a very special person: Jesus, and Islam in a prophet: Mohammed. Their teachings and faiths were the bases for the formation of initial fledgling communities, which after some process of expansion and proselytism was accepted by a whole nation as the normative religion. In this process, Religion comes together with Politics, because the ruler of a people defined by their religion must govern according to the spiritual principles given by their faith tradition and interpreted by priests, prophets, or other religious authorities.

In Johnsons´ own words:

Over the past two hundred years the influence of intellectuals has grown steadily. Indeed, the rise of the secular intellectual has been a key factor in shaping the modern world. Seen against the long perspective of history it is in many ways a new phenomenon. It is true that in their earlier incarnations as priests, scribes and soothsayers, intellectuals have laid claim to guide society from the very beginning. But as guardians of hieratic cultures, whether primitive or sophisticated, their moral and ideological innovations were limited by the canons of external authority and by the inheritance of tradition. They were not, and could not be, free spirits, adventurers of the mind.

With the decline of clerical power in the eighteenth century, a new kind of mentor emerged to fill the vacuum and capture the ear of society. The secular intellectual might be deist, skeptic or atheist. But he was just as ready as any pontiff or presbyter to tell mankind how to conduct its affairs. He proclaimed, from the start, a special devotion to the interests of humanity and an evangelical duty to advance them by his teaching. He brought to this self-appointed task a far more radical approach than his clerical predecessors. He felt himself bound by no corpus of revealed religion. The collective wisdom of the past, the legacy of tradition, the prescriptive codes of ancestral experience existed to be selectively followed or wholly rejected entirely as his own good sense might decide. For the first time in human history, and with growing confidence and audacity, men arose to assert that they could diagnose the ills of society and cure them with their own unaided intellects: more, that they could devise formulae whereby not merely the structure of society but the fundamental habits of human beings could be transformed for the better. Unlike their sacerdotal predecessors,  they were not servants and interpreters of the gods but substitutes. Their hero was Prometheus, who stole the celestial fire and brought it to earth.

The twentieth century saw the appearance of new secular religions that resulted from "the death of God," to use Nietzsche´s famous aphorism. Fascism, Communism, and Nazism had in their political and ideological structures religious features, such as rituals, esoteric symbols like the swastika, and so on. But, properly speaking, we must say that their religious features, when we analyze them through the biblical vision, were in reality expressions of the most abominable paganism. Politics and some kind of “new religion of the State” are mixed in them. Their leaders were absolutist rulers considering themselves new prophets, or living deities.

As described by Gilles Kepel in La revanche de Dieu, the end of the twentieth century also saw the return of many Jews, Christians, and Muslims back to their traditional faiths. It was not, in many cases, a return to a dynamic or creative expression of the old traditions, but rather an extreme and absolutist manifestation of them.

In all these cases the renewed religious movements had political repercussions and impacted the political processes in many parts of the world, in the West as well as in the East. All the current conflicts which are in process in the world have religious dimensions. Some are led by people who call upon religious language or texts to legitimate their authority. These new leaders, like their “secular” predecessors of the twentieth century, also intermingle politics with religion. They do not consider themselves deities, but they speak authoritatively in the name of God as people who claim to represent the truths of God and in this way resemble their ideological forebears.

From one perspective, these developments showed that all politics is based on some sort of faith, whether very spiritual or, conversely, destructive and abominable. In the latter case, it became apparent that the mix of religion and politics can be very dangerous, distorting both of them and leading to bigotry and fanaticism.

Let me turn briefly to the subject of biblical understandings of religion and religious leadership. The Pentateuch described three kinds of authoritative roles in ancient Israel. The king wielded political power and decided all governance matters. The priests were guardians of the tradition and its norms. The prophets dialogued with God and so served as moral consciences of the society.

Religion in the Bible has two facets: it wants to preserve the tradition by transmitting the rituals and behaviors through which sacred values maintain their continuity from one generation to the next. But there is also a prophetic dynamic that constantly analyzes the spiritual health of society and criticizes political and sacerdotal power alike.

When religion is a merely dogmatic object it loses its essence. In Deuteronomy 5: 22, as well as in 1 Samuel 17: 26, 36; appear the expression Elo-him Hayim, which can be translated as God of life or the living God. The expression appears also in the book of Jeremiah, as when the prophet declares: “But the Lord is the true God; he is the living God; the eternal King” (10:10; cf. 23:36). Since God is a living God, in the Bible's view, God constantly seeks a vital dialogue with human beings.

Therefore, when worship is a mere superficial repetition of words and acts, or when knowledge becomes the mechanical recitation of verses by heart, the God of life is transformed into a static idol and religious life into a pagan cult.

To relate these considerations to my earlier comments about political leadership, I believe that political figures need the criticism of great religious leaders who should serve as the consciences of the political rulers. Religious leaders must act as the historical priests and in some way as the ancient prophets of Israel: bringing the religious tradition to bear on current issues.

To say the things clearly and unambiguously: the mix of religious belief, in any of its forms, with politics, transforming it into the one and undisputed truth for the ruling of a people or nation is very dangerous. The last three centuries are replete with terrible atrocities that justify my statement. Any society, as with any expression of life, has its own dynamics which to be healthy requires constant review and analysis of how well it is realizing its great and defining values. The role of religious leaders is to be an essential participant in this review as keepers of the tradition who also seek a vigorous spiritual dialogue with the living God.

It is helpful here to mention a great article by Martin Buber in which he masterfully explains the dynamism of the living God of the Bible. Its Hebrew title is Neviei Sheker, The False Prophets[2]. God, Buber teaches from the biblical sources, is always ready to interact and respond whenever a human being turns or returns to him. Just as with a living human person, a living God must be, in some sense, dynamic, because life is not a static thing.

This relates to the dynamism of prophecy. Rabbi Abraham Joshua Heschel, one of the outstanding spiritual masters for Jews and Gentiles in the last century, was passionate about the idea that prophecy did not came to an end in the generation of Haggai, Zacharias and Malachi. He insisted that the prophetic dimension that links God to people continues working in our human reality.

Years ago, my first contact with the then Archbishop of Buenos Aires, Jorge Mario Bergoglio, was at the religious celebrations of the two independence days we have in Argentina. He used to express harsh criticism against poverty and all the miserable aspects of Argentinean society. He did this in front of the president, the ministers and other members of the government. I used to tell him: you speak in prophetic language but by tomorrow the newspapers will put all your words into a political context. The then Archbishop suffered more than once for his spiritual audacity, but he never changed his style. He surely learned that persistence from the great prophets, who never contained their voices.

Heschel, who suffered in his own being the horrors of Nazism, knew that without a living religion, without sparks of prophecy, humanity will continue going around vicious circles and the travesties will appear one after the other — with different outward appearances perhaps, but with the same horror and corruption underneath.

My teacher was one of Heschel´s closest disciples. From him I developed a certain sensitivity to Heschel's values and was alert to them in my own spiritual experiences. I grew spiritually thanks to the attitudes of deep faith I saw in the behavior of the very simple people I knew in my childhood and adolescence.

I saw these same spiritual values reflected in Jorge Bergoglio, and now as Pope Francis he transmits them throughout the world by his attitudes and words. It is our common way of seeing the role of politics and religion, the one we learn from our Holy Scriptures, which we believe is necessary in order to bring humanity into a reality of peace.