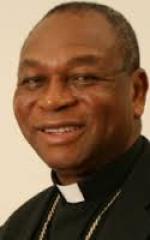 1. I wish to address this topic from the perspective of the evolving nature of the relationship between politics and religion, in reference to our contemporary globalized world.

2. This has been a perennial question since humanity started to live in social groups. They have always tried to organize themselves in view of their relationship with God (religion) and with their neighbours, (politics).

3. Most of the time, the two are closely linked. Thus, every nation has its own god and its own religion. From this point of view, it means that there are as many gods as there are nations. But within each nation, there is no room for diversity or religious pluralism. Religious dissent was tantamount to treason against the state.

4. This has been at the root of the long and unfortunate history of religious wars and persecutions, with their attendant tragedies, pains and sufferings, presumably “in the name of God”.

5. It is only rather recently that a major change has taken place with the gradual recognition of the idea of freedom of religion, thought and conscience. This gave rise to the right to differ, and the acceptance of religious differences. Although this has been enshrined in the famous declaration of fundamental human rights, signed and endorsed by almost all nations of the earth, and generally written into national constitutions, the reality is that these rights are still to be fully respected and put into practice. Many nations pay only lip service to these declarations, interpreting them in a way that practically denies them. Notorious examples are countries which still enforce what they call “blasphemy laws”, which merely denies freedom of thought and expression. Similarly some nations legally prohibit change of religion, thereby denying the right of freedom of conscience. To say that they are following God’s law which takes precedence over human laws is merely begging the question.
6. Al this has now been greatly exacerbated by the raging process of globalization, turning the entire planet earth into one village. We now have to live with the phenomenonof pluralism of religion, not only on the global level across nations, but also within every nation. For many people, this calls for a major effort to readjust one’s mind and religious attitudes. No nation can now sincerely say they are all of one single religion. Not even Saudi Arabia. It must be said that this problem concerns mainly those nations which describe themselves as “Islamic”. They may need to review their national constitution in order to catch up with where the rest of world is.

7. We now need to work out a system of one nation many faiths. This can be done, and is being done already by many nations. This calls for giving due priority to a common citizenship, which forms the basis for the protection of the fundamental human rights of every citizen, under the same one law. It is a matter of ONE NATION, ONE CITIZENSHIP AND ONE LAW.

8. This does not necessarily demand a complete separation of the state from religion, which it treats perhaps with a benign neglect. Less still can the state suppression of religion be justified. Rather, the state involvement take on issues like the following:
-  Protect the rights of all religious groups. Protect them against any discrimination on the basis of their faith.
-  Support the social projects and at times even the religious programmes of religious groups. But when it does this, it must be in a fair and equitable way, so as to avoid bickering and jealousy among the groups.
-  Control the use of the freedom of religion within generally agreed margins of civilised behaviour, for the sake of the common god of the society.