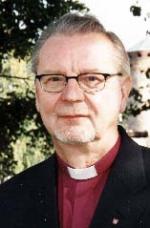 Assisting the poor is a central element of the ethical teaching of many religions. As religious people, we recognise this as our duty. But this seems to make claims on our own wealth and can therefore seem onerous.

But it can also present an opportunity and a source of power for the spiritual life. This is the case with the work of Sant’Egidio, as I have seen. Encounter with the poor is an opportunity to put one’s own faith and humanity into practice. Helping others brings us joy.

The poverty of many outwardly prosperous Europeans is invisible. It is a mental and spiritual poverty. There are many who are lonely, who see no purpose in life. In Finland, in northern Europe, where I come from, mental distress is indeed a modern form of poverty.

One who is spiritually poor is an anxious person. They lack the strength to be helpful to others. The basic task of religion is to liberate people from internal anxiety. At the same time religion liberates people to love their neighbours. It prepares them to seek out the poor and serve them.

Just now those most in need of assistance are the many people who are fleeing to Europe because of war, violence and hunger. In the crisis-hit regions of the Middle East and North Africa, from which refugees are now coming to Europe, religions are in conflict with each other. They are part of the problem; but they need to become part of the answer. Only through the contribution of religion can people live in security in their home countries.

Peace is at the inner core of every religion. Religion’s task is to condemn violence in all its forms, not support it. The action of religious leaders plays a crucial role in this. There are too few examples of peaceful goodwill among the religions.

Religion also has an essential role in advocating for immigrants. We who believe must hold on to the dream that the poor are entitled to human dignity and the right to improve their lives. We cannot allow the scale of the refugee crisis to destroy this dream.

Religion cares for human souls. But this cannot be religion’s only concern. It should also improve the situations that disfigure human souls. Religion is needed to influence society to enable people to achieve their full potential, materially and spiritually.

We cannot eliminate poverty everywhere, but we can eliminate it for one person at a time. We don’t need simply to go on bemoaning the prevalence of poverty. It is enough if we help the poor person who is our neighbour at this moment. That’s what we can do.

When we seek to serve one poor individual, we respond to the call our religion makes of us. At a practical level it is the giving of food, water or shelter. But it is not merely a practical task; it is also spiritual.