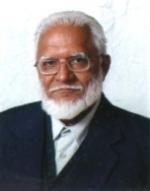 The theme of this International Meeting “Peace is always possible” gives a hopeful message but also reveals a kind of hopelessness that we generally feel today.  Humanity longs for peace but the daily life conditions keep us doubting.  It looks like a dream never to be realized. Wars are continuing and causing more destruction than ever. Production of weapons of mass destruction, continued invention of more lethal armaments, and race among the nations for purchasing these ammunitions at the cost of welfare, eradication of poverty and illiteracy demonstrates our strong belief that war is still the solution of conflicts and panacea for all our ills. It is difficult time for us to raise voice for peace. Our voice may be weak but it must be raised. I must also add that the situation calls for a religious and cultural dialogue because currents ideologies of power have made us believe that the present chaos is a clash of civilizations and that it is inevitable.

Yes, it was quite inevitable in the context of nationalism and nation states that denied the universality of ethical values and reduced morality to national interests. One could see it coming when globalism was translated into hegemony and international law into extended national laws of powerful nations. War and clash are natural outcome when political scientists and policy strategists choose to focus on the perspective of conflict in designing foreign policies. The fellow humans are divided into friends and foes, allies and enemies and approached accordingly. It is not much different from the medieval empires inspired by similar ideologies. It is almost similar to how the Muslim jurists divided the world into the abode of Islam and abode of un-belief.

Yes, peace is possible, but only if we stop believing that war is the solution. We stop supporting hegemonic ideologies.  We discontinue building Empires. We stop justifying pre-emptive strikes for our own security. We stop using war as an instrument for modernization and regime change. The world has suffered from the destructions of war, certainly much more in the last three centuries. It is time for dialogue. We must study past history critically to learn lessons, not to play the blame game. Let us not single out Islam or any one religion for violence. Let us not forget that modern man has not learnt lessons from the destructions of war.

“War has been central to our experience of the 20th century. Even in word “peace” there is a paradox, we think immediately of war”. ... “For Hegel and Clausewitz war was the main instrument of political change, the chief mechanism by which man could become no longer the object, but the subject of history”.

Islam is the main focus of this criticism but in fact all religions and cultures have suffered from the violent ideologies of fundamentalism, exclusivism, extremism and terrorism.  Dialogue is not possible continuing these violent ideologies. Fortunately, recent studies have found that these are not the mainstream ideologies, majority believes for moderation, dialogue and interfaith harmony. It is incorrect to label moderate voices westernized, defensive and apologetic, first moderation is a basic principle in the Qur’an. Second these voices have continuously existed since early Islam. Third moderation is neither Western, nor modern, or secular, it is preached by all religions ancient, medieval or modern. Focus in secular liberal critique and religio-phobea continuously on violent ideologies as representatives of religions and cultures overlooks moderate voices. I believe that dialogue for peace in religions and cultures will strengthen these moderate voices.

I am taking this opportunity to argue that Islam has been part of the dialogue for peace. Briefly, Qur’anic teaching about war may be summed up in three points.

1.    First, Islam eliminated the elements of wanton violence by subjecting war to jihad and justice. Islam gave the Idea of a controlled and limited war. It provided that war should be limited to only those persons who were taking part in it. General public and common citizens should not be the target of war.

2.    Secondly Islam prohibited aggression. The two principles of "limited warfare" and "non-aggression" were prescribed by Islam to reduce the atrocities of war.

3.    The third principle that emerges from the Qur'anic teachings is that war must have a purpose. The objective of war is to establish peace. Hence if enemy, even if by trick offers to surrender Muslims are obliged to make peace, even if they were winning.

Let me underscore the fact that Islam did not start war, nor was it its first principle or objective. The first battle that Muslims fought was in 624, after 15 years of suffering at the hands of Meccans. Even then, they were the Meccans who attacked Muslims who fought to defend themselves. The Qur’an describes why Muslim were permitted to fight back.

To those against whom war is made, permission is given (to fight), because they are wronged; and verily, Allah is most powerful for their aid.  They are those who have been expelled from their homes in defiance of right, for no cause except that they say, "Our Lord is Allah" (Qur’an, 22: 39-40).

The Qur’an clarifies that the war must be fought justly.

O ye who believe! stand out firmly for Allah, as witnesses to fair dealing, and let not the hatred of others to you make you swerve to wrong and depart from justice. Be just: that is next to piety: and fear Allah. For Allah is well-acquainted with all that ye do (Qur’an, 5: 8)

The Qur’an further clarifies that war is not the objective; it is a means to peace.

But if the enemy inclines towards peace, do thou also incline towards peace, and trust in Allah: for He is the one who hears and knows all things. Should they intend to deceive thee, verily Allah suffices you: He it is who has strengthened you with His aid and with the Believers (Qur’an 8: 61-2).

The truce of Hudaybiyya 628 is an example. After continuous wars for six years Muslims came to Mecca in an advantageous position. The Meccan appealed for a truce for ten years. Muhammad accepted the truce even though the terms were humiliating to Muslims.

The short space does not allow me to go into details about the debates among Muslim jurists over the Islamic teachings about Just war. Similar discussions were going on among Christian theologians, Hindu philosophers, Jewish savants and Buddhist sages. Nevertheless, the fat wars of expansion in the name of religion, Jihad and Crusades continued requires constructive analysis. The common justification for these wars in the medieval period was the sense of the mission to save humanity. The same justification was offered by colonial wars in the name of enlightenment. The question that needs to be explored is: Is war inevitable for saving humanity, enlightenment and democracy?  Are weapons of mass destruction necessary for war?

I will conclude this essay referring to three Muslim voices (Alusi, Masud  and Zuhayli) against wars and such weapons that serve only one purpose: mass destruction. One example is from nineteenth century. Shihabuddin Mahmud Alusi (d. 1853) Mufti of Baghdad questioned the use of fire arms in Jihad. According to him, use of such armament was hard to justify by the description of lawful weapons in the Qur’an 8: 60. He argued that enemy was using cannons and rifles which make arrows useless.

Since their firing quality is accepted as a necessary evil, it is hoped that their fire will be means for entering into paradise. However, the Qur'anic verse (Al-Anfal, verse 60) does not include these Missiles .

Second example is the renowned Muslim jurist Wahbah Zuhayli’s (d. 2015) discussion about nuclear arms.  He argued that Islam regards war as an evil in principle. He explains that Islam permits war against injustice and Kufr. According to the majority of Maliki, Hanafi and Hanbali jurists the cause for the permission for war (Qital) is not disbelief but aggression and injustice.  According to him modern wars cannot be justified as jihad.

Modern warfare in every sense of the word means humiliation, injustice, barbarism, persecution and ruthlessness.

The doctrine of 'total war' practiced today has rendered all previous rules and regulations about war useless and all human values meaningless. The use of nuclear weapons which is now a part of the doctrine of total war means unprecedented destruction.

These examples are mentioned to highlight Islam’s continued dialogue for peace. These voices have been suppressed by jingoism and hegemonic politics in Islam and in the present day globalism. We need a dialogue of religions and cultures to demonstrate that Pease is always possible.