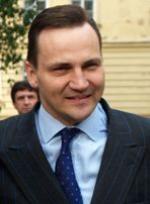 1.    I am very grateful for the invitation to this meeting. I would like to express my recognition for the Community of Sant’Egidio and for its activity conducted within the last 40 years. Your commitment for peace and communication between nations, for an inter-religious and inter-civilizational dialogue and for eliminating poverty constitutes a valuable contribution to the creation of a more just and peaceful world.

2.    In the international relations one should act for “inclusion-in-relation of all individuals and peoples within the one community of the human family, built in solidarity on the basis of the fundamental values of justice and peace.” These words written by Pope Benedict XVI in the Encyclical Letter “Caritas in Veritate” reflect our Polish way of thinking about the relations between states and nations. In this spirit Poland was trying to build the international order during its long history. In this spirit we want to build it nowadays.

3.    This year we have repeatedly underlined Poland’s contribution to the creation of international order based on justice, peace, freedom and cooperation. We have done it by organizing celebrations of our significant anniversaries in a very ceremonial manner, such as the 70th anniversary of the outbreak of World War II and the 20th anniversary of regaining sovereignty. We are proud of the image of our country which loves freedom and shares it with others. We are constantly recalling that it was Poland where it all began; the first partly free parliamentary elections initiated a process in the East-Central Europe that led to democratic changes, abolition of communism, a peaceful end of the Cold War and the reunification of our continent.

4.    A few days ago we celebrated the 70th anniversary of the outbreak of World War II. In the spirit of respect for historical truth and memory of millions of casualties we recalled that Poland was the first country that fell victim to aggression of the two totalitarian powers. We commemorate anniversaries of the tragic historical events to draw conclusions for the future. We do not avoid the assessment of how much our past failures resulted from our own mistakes and negligence. These reflections lead us to conclusion that the best solution for our geostrategic and ideological dilemmas is to build a modern civic state which actively participates in establishing the integration bonds in the transatlantic, European and regional dimension by counteracting the logic of alliances based on hostility and domination

5.    Peace, which we all desire, requires truth but also mutual forgiveness. This is manifest in the historical letter sent by Polish bishops to their German counterparts in 1965 or in the common prayer of the Polish and German bishops on the anniversary of the outbreak of World War II a few days ago. We cannot and we do not want to forget evil, but we know that only a heart which is free from hatred can give true freedom. This is why we are trying to establish best possible relations with all our neighbors, without the burden of  past events.

6.    In the beginning of June we celebrated another important anniversary of the first pilgrimage of John Paul II to Poland. Many of us still remember the great emotions that accompanied that breakthrough pilgrimage. (….) For the first time in tens of years Poles heard words spoken in the language of truth instead of the language of institutionalized falsehood. They heard a voice reminding them about Poland’s Christian background and about its contribution to the European heritage. The Pope spoke “to us” and often also “for us”. He showed us that we are not alone in the desire for freedom which makes us a proud nation and one full of dignity. After those eight days in 1979 nothing in Poland was as it used to be before. The message of freedom and peace conveyed by the Pope had such a great “striking power” that it resulted in, using the words of Madeleine Albright, “the revolution of spirit” or as it was depicted by George Weigel  “revolution of conscience” that created “Solidarność”, abolished the Berlin Wall, reunited Europe and “renewed the visage of the Earth”. The Holy Spirit, for whose support John Paul II was praying, amazed all of us. Nothing to wonder about, he was a great intercessor.

7.    Following the directions of John Paul II, the contemporary Europe tries to “breathe again with two lungs” by inviting other countries from the previous Eastern Block to cooperation. Nowadays, our continent enjoys freedom and the ability to realize the aspirations of nations and individuals. We are encouraging our Eastern partners to take part in the creation of the European future based on European values and standards and to leave the outdated ideas of creating “spheres of influence”, initiating divisions and standing one against the other.

8.    In these actions our inspiration comes from the spiritual testimony of John Paul II who supported the ecumenical attitude by praying together with Jews, Muslims and Christians of other rituals. He taught that tolerance and the need for dialogue between cultures and civilizations should come from the superiority of human rights, including the right to freedom. Those fundamental values create the foundations of all religions, giving the guarantee that their dialogue is not only possible but also necessary. Poland wants to take an active and creative part in this dialogue.