Life as a value – Secular-based vs faith-based approaches 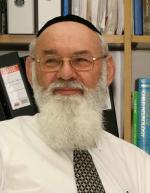 The bitter lesson from these wars, as well as many other man-made catastrophes throughout human history have not been learned and internalized. Nowadays, we are unfortunately witnessing terrible atrocities acted out in many parts of the world, killing many-many innocent people, this time based on religious beliefs.

Although, in principle, every enlightened and cultured person in all civilized nations agrees that life is precious, sacred and of immense moral importance, nonetheless there are different approaches among religious and secular philosophers and ethicists as to the weight attributed to the value of life when opposed by other moral principles.

Modern secular ethics is based upon humanistic values, some of which are universal, while others differ between cultures and eras.

Four fundamental principles are often used in the humanistic approach: (a) Autonomy – recognition that every person has intrinsic value and dignity; many secular ethicists view autonomy as the most important ethical principle, overriding all others.  (b) Non-maleficence (first do no harm). (c) Beneficence - the moral obligation to help others in need; and (d) Distributive Justice - requires that rights and assets should be distributed in an equitable and appropriate manner within society, with equally fair distribution of responsibilities, burdens and duties.

In modern medical ethics autonomy has become the overriding ethical principle, requiring to facilitate any desired action acceptable to a person’s own judgment and in accordance with his own choice. The granting of autonomy requires that we recognize and accept the free choice of each person even if that choice seems inappropriate, foolish or even life endangering.

Other ethicists remind us that autonomy is only one of several important ethical principles, and that they should not totally abandon other ethical principles regarding the individual's obligations toward his fellow-man. Some writers view an overwhelming acceptance of autonomous wishes as ethical anarchy. One should also recognize that the Western world’s espousal of autonomy is not universally accepted in all societies and cultures, and that the weight to be given to it is culturally dependent. Ethical duties derived from solidarity and justice may also appropriately restrict autonomy in various circumstances.

Faith-based ethics, however, is based upon sacred texts, representing the Word of God and the teachings of individuals, which are interpreted by key faith-grounded experts.

Although faith-based ethics and secular bioethics share many principles, including the four major ones mentioned above, they differ in several ways. Faith based ethics has different priorities giving varying weight to each of the above four ethical principles. Most importantly, faith-based moral teaching attributes a high value on the sanctity of human life, which may conflict with expectations of rights. It also emphasises the need for mutually-shared values and solidarity which may lessen the overriding importance of autonomy.

In any difficult ethical dilemma there are two or more values leading to opposing actions and consequences. For instance:

Hence, the principle of autonomy ought to be balanced with the following:

(a)   Responsibility toward the patient, sometimes exercising a paternalistic approach, based on the physician's duty of beneficence and non-maleficence towards his patients;

(b)   Solidarity toward others, sometimes limiting treatments from an individual patient for the good of others, based on the physician's and society's duty of fair distribution of scarce resources;

(c)   Operating within societal norms sometimes leads to the denial of certain autonomous wishes of individual patients when these conflict with the appropriate mutually-shared societal norms;

(d)   Taking into account cultural differences, where autonomy in particular circumstances is unacceptable, thus recognizing the fact that the value of autonomy is not universally endorsed;

(e)   Accounting for physicians' autonomy, exempting them from the duty to care for their patients if their autonomous wishes significantly negate the physicians' ethical viewpoint.

Being a Jewish Orthodox physician I strive to strike the balance between a patient's autonomy and other values, primarily sanctity of life, differently than modern secular medical ethics proposes.

When a conflict between autonomous wishes of a patient regarding the preservation of life or hastening death arises, I advocate to limit the patients’ autonomy in well-defined circumstances for the greater moral call of the preciousness of life, beneficence, solidarity and mutually-shared values in society.

I attempt to do so in individual patient-physician relationships as well as in society at large via public committees and legislation.

Following are several examples to illustrate the point:

a) I was instrumental in legislating a paragraph in the Israeli Patient's Bill of Rights stating that a statutory institutional ethics committee can enforce life-saving treatment upon a patient despite his refusal, provided the following is met:

adequate explanation was given to him; the benefit of the treatment significantly outweighs the negative outcome of the refusal; and the committee has good reasons to assume that the patient will consent post-factum. That is a unique approach by the Israeli law giving greater weight to the value of life in well-defined circumstances.

b) In end-of-life situations there are different end-of-life options accepted by different national legislations: active euthanasia, physician-assisted suicide, withdrawal of life-support measures, withdrawal of sustenance, withholding further treatment, or preserving life by all available means. In the spectrum of choices, the major disputes relate to the relative value of life vis-à-vis quality of life and to patients’ autonomy vis-à-vis societal norms. The extreme positions advocate either full respect for autonomy, avoiding almost totally the value of life in the prescribed condition, or full respect of the sanctity of life avoiding almost totally the notion of autonomy. Most ethicists promote a balance between both values, striking the line at different points. My own conviction is that in a situation of a fatal, terminal condition, entailing pain and suffering, autonomy should be respected to the extent of  withholding life-prolonging measures if this is what the patient requests. The sanctity of life should be respected by not performing any act that directly and intentionally hastens death, even if this goes against the patient’s wishes. Withholding life-prolonging measures includes the non-initiation of new treatments, and the withholding of cyclic treatments, whether this mode of treatment is inherently cyclic (i.e., dialysis or chemotherapy), or induced technically (i.e., by applying a timer on a respirator which renders the continuous treatment of the respirator into a cyclic form of treatment). On the other hand, euthanasia, physician-assisted suicide, and the withdrawal of continuous treatment is regarded as an act that intentionally hastens death and hence is forbidden.

c) Saving life is considered to be extremely important by all religions and moral theories. However, in the controversy of organ donations most ethicists oppose any form of compensation to live donors even though people are dying because of a significant shortage of organs. In my opinion, compensating live organ donors for donating a kidney, if enacted by a government in ways that do not impose unreasonable coercion and thereby saving lives, ought to be seriously considered and strictly regulated. I respect arguments against regulated compensation for live organ donors, but reject them on the grounds of the greater moral value of saving lives by increasing the availability of life-saving organs.

d) Finally, in a personal patient-physician relationship I practise according to the rule of "strong autonomy – weak paternalism". Whenever a patient refuses a treatment that in my professional and ethical opinion would be to his benefit, I shy away from accepting his refusal at face-value. I make great efforts to try to convince the patient to consent to the treatment, sometimes by involving other professionals and spiritual authorities. Refusals of beneficial treatments are not always made as clearly autonomous decisions. Sometimes a beneficial treatment is refused because of insufficient information, or because of various temporarily impaired states of mind. Hence, paying greater attention to these hindrances indeed brings many patients to consent to and comply with the suggested treatments. This is my way to exercise my duty and responsibility towards my patients honouring the sanctity of life while respecting their true autonomy.