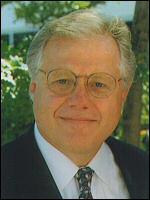 The Gospel According to Mark 9:

When they came to the other disciples, they saw a large crowd around them and the teachers of the law arguing with them. As soon as all the people saw Jesus, they were overwhelmed with wonder and ran to greet him.
“What are you arguing with them about?” he asked.
A man in the crowd answered, “Teacher, I brought you my son, who is possessed by a spirit that has robbed him of speech. Whenever it seizes him, it throws him to the ground. He foams at the mouth, gnashes his teeth and becomes rigid. I asked your disciples to drive out the spirit, but they could not.”
“You unbelieving generation,” Jesus replied, “how long shall I stay with you? How long shall I put up with you? Bring the boy to me.”
So they brought him. When the spirit saw Jesus, it immediately threw the boy into a convulsion. He fell to the ground and rolled around, foaming at the mouth.
Jesus asked the boy’s father, “How long has he been like this?”
“From childhood,” he answered. “It has often thrown him into fire or water to kill him. But if you can do anything, take pity on us and help us.”
“‘If you can’?” said Jesus. “Everything is possible for one who believes.”
Immediately the boy’s father exclaimed, “I do believe; help me overcome my unbelief!”
When Jesus saw that a crowd was running to the scene, he rebuked the impure spirit. “You deaf and mute spirit,” he said, “I command you, come out of him and never enter him again.”
The spirit shrieked, convulsed him violently and came out. The boy looked so much like a corpse that many said, “He’s dead.” But Jesus took him by the hand and lifted him to his feet, and he stood up.
After Jesus had gone indoors, his disciples asked him privately, “Why couldn’t we drive it out?”
He replied, “This kind can come out only by prayer.”

War is not simply interhuman conflict. As much as it rises out of local grievances, misunderstanding, self-interest or greed, within our larger world, there is a force we call evil which exacerbates the human conflict.

This may not fly well in a western scientific world where the metaphysical is demeaned and the notion of the soul/inner space of a person with eternal continuity is scoffed at.

But for us to deal at all with peace as a hoped for condition, as Christians we work within the framework of the Bible story. And that story is about evil trying to thwart the good work of the father.
•  We see it with ourfirst parents: Satan trying to undermine the authority of the God
•  Abraham faced it in the evil of Sodom.
•  Job was hung out to dry when God allowed Satan access.
•  Jesus dealt with the power and presence of evil, especially within the lives of individuals – to be demonized meant an attachment of a foreign presence which meant only to do ill.
•  Jesus said he is a roaring lion, seeking whom he may devour.

In this story after the experience on the mount of transfiguration in which Jesus and three disciples meet three from the past.
•  They return to life and find out those who had not gone to the mountain were helpless in bringing peace to the boy and his family
•  Jesus waded in and brought deliverance.
•  “Why could you and we couldn’t?” They asked.
•  Jesus – “This only comes out by prayer.”

What are the lessons:

1. We live in a cosmos were good and evil are existential realities. The biblical narrative is framed around this axis. In the final eschaton, Christ defeats the evil one as noted in John's Book of the Revelation (20:10).
2. Evil as Peter said: "Be alert and of sober mind. Your enemy the devil prowls around like a roaring lion looking for someone to devour."
Evil is not an idea, or simply misalignment of human motives or interests. It is a reality that exists on its own, but finds its way into our lives, communities and relationships.
3. War while rooted in broken relationships, self interest and greed is exacerbated by evil who uses our failures as levers to expand and deepen violence.
4. Praying for peace is not a gentle conversation in which we have dialogue with God for purposes of self enrichment. It is warfare in the spiritual realm.He has not given us the spirit of fear but of power and a sound mind.
5. Prayer is not a passive activity, but that which God calls us to engage in as participants in the spiritual exercise of his Spirit in battling evil. When we pray for peace, it's not a polite request but to use the Old Testament metaphor, is to enter into the holy of holy's and take hold of the horn on the altar.
•  we can’t do it ourselves
6. The zone of battle is not the usual: it is spiritual warfare
•  Our tools aren’t enough to win the battle. You don’t use a measuring tape to cut a piece of wood.
7. The Screwtape Letters is novel by C. S. Lewis written in a satirical style to address Christians, a series of letters from senior Demon Screwtape to his nephew Wormwood, a Junior Tempter.
8. Final Story: Of South Africa in 1994:
•  1994 – Nelson Mandela is running for president and it is likely he will win.
•  Chief Buthelezi (South African politician and Zulu tribal leader founded Inkatha Freedom Party
•  Buthelezi refuses to allow his people to vote. The likely outcome is this: Mandela will win the election and then Buthelezi will be able to say the election was unfair because his people didn’t vote and the likelihood is that there will be bloodshed. The challenge is to get him to change his mind and allow his people to vote.
•  Washington Okumu of Kenya- peace negotiatoris brought in by Cassidy to negotiate.
•  Michael Cassidy of African Enterprise
•  Rents Durban Stadium for prayer
•  Buthelezi refuses to wait for Okumu to arrive at airport for talks. Leaves but the pilot is forced to return because of technical difficulties. By that time Okumu has arrived and talks begin. IN the end Buthelezi agrees to have his people involved in elections