The Power of Prayer in History 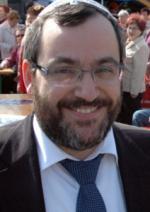