MENU MOBILE
MADRID 2019 - PEACE WITHOUT BORDERS > ARCHIVE > WORLD MEETING FOR PEACE THE COURAGE TO HOPE > WILL THE REAL OWNER PLEASE STAND UP?
PreviousNext

Will the Real Owner Please Stand Up? 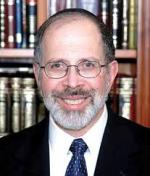