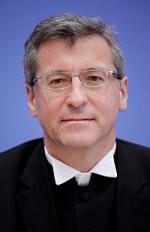 Almost every week, it seems, we are hearing new and often horrifying reports about the suffering in the Mediterranean region. This news reminds us of the urgency and the immediacy of problems like displacement and migration. The annual World Refugee Day on 20 June also appealed to us to remember our urgent responsibility for refugees and illegal migrants.

Incidentally, the historic basis for World Refugee Day is the World Day of Migrants and Refugees established in 1914 by Pope Benedict XV. Even today, there is still confusion regarding the two phenomena – displacement and migration – and the distinction between refugees and migrants. In the public debate they are often mixed up, or lumped together, or treated as equal and interchangeable.

I would therefore like to try and make the differences between these terms quite clear. It is crucial for the development policy of the German government that we make a distinction between voluntary migration and forced displacement for existential reasons.

In 2013, almost ¼ billion people were living outside the country of their birth as migrants; and this number is growing. Worldwide there are one billion so-called internal migrants. If you also consider the families who remain behind in the place of origin, then almost everyone in the world is affected by migration in one way or another.

The individual causes and reasons for the decision to migrate vary greatly, but mostly people are looking for opportunities to earn a better income or achieve fulfilment both careerwise and in their personal lives. This is just as true within Europe as in North Africa or the Pacific region. And it is true to say both here and there that this is a legitimate decision made by the individual person; a decision that deserves to be respected and supported in ways that are pro-development.

The German government is convinced that migration can also have many positive and innovative effects on development processes. Where, in the past, the talk was all about brain drain, today we are more and more likely to find people thinking about brain circulation, in other words: about the possibilities that are available thanks to greater international mobility. For example, by encouraging highly qualified migrants to return home voluntarily and helping them to find work in areas that are relevant for development, the German government is making a contribution towards using circular and temporary migration for the development of countries of origin.

However, I also believe that the transfer of values and experience is at least as important. In the same way that migrants enrich society in Germany, returning migrants can also enrich their countries of origin by virtue of the experience, contacts and values that they have acquired as a result of migrating.

Our goal is a triple-win situation. We want to contribute towards making migration a win-win-win experience for all involved – for the people who migrate, for the countries they leave behind and for the countries that receive them. Migrants benefit from increased income opportunities because they acquire knowledge, experience and personal networks. The countries of destination benefit from the increase in workers. The socio-economic development of the country of origin benefits, too, because of remittances, private-sector activities carried out by the diaspora, and when the migrants’ return boosts the cross-border transfer of knowledge, skills and experience.

That, in a few brief sentences, is our pro-development migration policy.

Distinct from that is the refugee policy of the German government in the context of development cooperation. This is a major focus of the German government during the current legislative period. Worldwide, more than 50 million people are refugees right now. Four out of every five of those refugees are living in a developing country – most of them as internally displaced persons in their own countries or as refugees in a neighbouring country. In addition, for most of the people who have had to flee from their homes or who have been forcibly displaced, their status as refugees is a longterm or even a permanent condition: two thirds of refugees spend an average of 17 years in refugee camps or host communities. With its new special initiative “Tackling the root causes of displacement, reintegrating refugees”, the German government therefore wants to contribute towards overcoming the structural and acute causes of displacement, supporting host regions and promoting the reintegration of refugees.

Regardless of the many and varied reasons for displacement, in the end, successful measures to tackle the root causes must be aimed at improving the living conditions of the people who live in regions where there is a high risk of crises.

Conflicts, particularly conflicts like those currently playing out in Syria, South Sudan and the Democratic Republic of Congo, destroy the livelihoods of millions of people, causing extreme refugee crises. Without rapid civil support, one crisis often spawns the next. That is why civilian crisis prevention is the main focus of the activities being carried out by the German government. Development policy is peace policy. It is a civilian response for resolving conflicts. In fragile states, partnership and improved risk management form the basis of our actions as we work to address the concrete need for peace in each situation. For instance, we use the instrument of our Civil Peace Service to support, among other things, initiatives aimed at reconciliation and dialogue between hostile groups, in order to reduce the causes of displacement from the very beginning.

Why is that important? There are now about 1.5 billion people living in fragile states. In these countries progress towards achieving the Millennium Development Goals has been almost negligible. In fact, the progress achieved by entire countries is often pushed back decades by conflicts like those taking place in Iraq or Ukraine.

Peace and security are therefore both a requirement and a goal for sustainable development. The German government is a strong advocate for including the goal of peaceful and inclusive societies in the new post-2015 framework.

However, our new special initiative is also aimed at stabilising neighbouring countries that are affected by ongoing crises and regions that are hosting refugees. Crises that force people to flee from their homes do not only have an impact on the refugees themselves, they also impact on the people living in the areas where those who have been displaced find refuge and, in the case of cross-border displacement, on the people in neighbouring countries. In certain circumstances, refugee movements can even destabilise entire regions, bringing them to the verge of political and economic collapse, as the Syrian crisis clearly shows.

Finally, mitigating the impacts of displacement also means taking steps to ensure conflict-sensitive and sustainable reintegration of the refugees – if the situation allows them to return voluntarily – or taking steps to help them integrate in the region where they have found refuge. That is the only way that these people can get a chance to pick up the threads of their old lives or build new ones.

Mindful of this fact, the German government is expanding its measures for the reintegration of refugees and internally displaced persons, and will be focusing on current hotspots. What is more, in our policy dialogues with partner governments, we will work to ensure that suitable attention is given to the needs and concerns of refugees and internally displaced persons in development plans.

I would like to sum up the policy of the German government on migration and displacement in three points: first of all, we need preventive measures, so that people do not end up in such distress that they are obliged to flee from their homes; secondly, we need to help those who have been displaced; and thirdly, we want to support the contribution that migrants make towards the development of their countries.