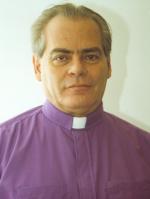 The Martyr: The Face of a New Christianity
"Blessed are you when people insult you, persecute you and falsely say all kinds of evil against you because of me”. Matheus 5: 11
“And being found in appearance as a man, he humbled himself by becoming obedient to death, even death on a cross! “ Philippians 2: 8

1) Our Christian Heritage
Since Jesus´ life we have carried his sacrifice and martyrdom in our lives, it is in fact an ever-present possible outcome as real Christians. Jesus prophesised this at various points and ultimately embodied this martyrdom. His death was the highest irrefutable testimony, even to non-Christians. This act will never change, what can change is the interpretation of the events. I will quote John Foxe from his classic book:
“Thomas preached to the Partios, Medos and Persians also the Carmanians, Hircanians, Bactrios and Magios. He suffered in agony and eventually killed by an arrow in Calamina, a city in India. Simon the young, brother of Judas and James, son of Mary Cleophas and Alphaeus, who was Bishop of Jerusalem after James, was crucified in a city in Egypt during Emperor Trajan´s reign. Simon the Apostle called the Cananeu and Zealots, preached in Mauritania, Africa and Britain; he was also crucified.
Mark the Evangelist, first Bishop of Alexandria, preached the gospel in Egypt and was there tied and dragged to the stake, burnt to death and later buried in a place called “Bucolus”, under the Emperor Trajan.
It is said that Bartolomeu also preached and translated the gospel of St. Matthew to the Indians in their language. Finally, in Albinopolis the great city of Armenia, after much persecution was beaten with a club and crucified. Then skinned and lastly decapitated.”

2) Martyrdom, as an experience of a primitive church.
History tells us of Nero (64 AD) who set fire to Rome and blamed the Christians leading to a revolt of the masses. From that point on, Christianity was regarded as an unlawful and sinister religion. Followers of Christianity were subjected to incarceration and convicted to the death penalty throughout the Roman Empire. Those who confessed their faith in Jesus were fed to wild beasts, crucified or burnt alive as has been reported by the Roman historian in the 1st Century Tacitus:
“In their deaths, they were made into objects for sport, tied up in the domains of wild beasts, torn to shreds by rabid dogs, or nailed to burning crosses; in the end, they were set alight serving as torches to light the night sky.
Peter and Paul as well as countless of other Christian brothers were subjected to be “game” for the Romans and died as martyrs. Moreover, this persecution extended throughout the following three Centuries, as stated in the writings of Gregory of Tours who lived during the 2nd Century:
“Under the Emperor Decius many persecutions arose in the name of Christ and such was the scale of carnage against the faith of Christianity that the number of deaths cannot be counted”.
Up until the 4th Century persecution remained a way of life for the Christian Church. However, having been fed and nourished by Jesus´ words and that of Paul and the Apostles, the Church had been prepared to give its life in faith of our Lord Jesus Christ. As an example I mention Albano, the 1st martyr from England:
“Albano was a martyr persecuted and condemned to death for his faith in Christ, in Diocletian and Maximilian times. They had decreed the persecution of Christians between the years 284 -305 AD, when they jointly governed. One ruled in a military fashion, the other more politically, while they expanded the Empire. But the story of Albano bares a message, eventhough he wasn´t a Christian he sheltered a persecuted clergyman and upon hearing this man´s testimony, he converted to Christianity, and thusly dressed in the clergyman´s robes pretending to be him when the guards against the Christians came looking for the clergyman. Hence Albano was taken as the clergyman and executed; he assumed the role of preacher of the Gospel, a newly-converted Christian who soon died for his faith.

3) Martyrdom, a sacrifice with many faces and forms
We can say that religious fundamentalism is today one of the largest producers of martyrs. For some radicals, Christians and non-Christians, to live and experience faith in God in a way that is different to how they understand it to be or believe to be correct, makes them susceptible to death´s judgement. This leads to war where innocent people die every day due to their faith being contradictory to that of these fundamentalist radical groups. These groups do not care about women or children and create victims all over the world. Virtually all major religions have their own radical sects with fundamentalist ideals. That is why, as you can see, our debate about martyrdom in the early Church and “religious freedom” nowadays have a lot in common.
If by martyr we mean only a person executed for worshipping in some particular way then many of the early Christians weren´t in fact martyrs. However, if we broaden our view we understand that the term covers those people executed for refusing to recognise the Roman governors, or the Emperor himself as the primary and maximum authority over human affairs; then we can recognise many people as martyrs.
Southern American authorities did not persecute Martin Luther King Jr. because he was a Baptist, or because he celebrated his faith infusing some black ritualistic culture. With regard to his religious practice, Rev Luther King Jr. was free to do as he pleased. He was indeed persecuted and arrested because of his message of freedom and human rights. It was the way he conducted the protests fighting against the racist laws in Southern America, it was a direct confrontation to the white man´s ideology.
It´s curious that nowadays we don´t include in the list of martyrs those who go beyond simply confessing their faith and we include those who, due to their faith, rebel against injustice.
Injustices such as violence against women, the authoritarianism of various corrupt governments who deliver large parts of their population into misery and ultimately death. Persecuting all who wish to join the legacy of fighting for human rights. Those, who have legitimate spiritual aspirations.
As our God is a God of creation, a God of love and reconciliation and not of death and persecution. Therefore, now more than ever we need to open our doors of our temples wide to the public, to recover as a religious practice all of God´s dreams for creation, namely peace and reconciliation throughout all of our human society.
Let us stop tormenting and making martyrs out of those who are different!