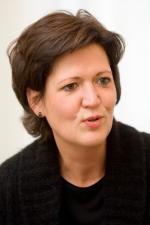 In spite of, and maybe also because of the economical and financial crisis that is keeping the world in an embrace of fear and uncertainty for five years now, the process of hyper globalization is continuing, turning every man and woman into a hard-working consumer and spender. As a result of the dominance of the market, we evaluate everything in terms of money and consumption.

However, this economic globalization has not brought with it the worldwide peace and unity, or the security and well-being for everyone, so hoped for. Although globalization has broken down many borders, this seemingly borderless world is throwing up new walls behind which the poor are increasingly forgotten. Globalized materialism does not teach our contemporaries how to live together. Today we see in Europe, that based its unification mostly on an economical and later on a monetary pillar, how this materialistic approach actually threatens to provoke a break up of the existing European Union. Within a Europe in crisis, a growing division is showing between the “well performing” countries and the “less performing” ones. Old prejudices between North and South Europeans emerged again.  New walls and new forms of ‘apartheid’ between rich and poor are being built. The increasing gap between the haves and have-nots, and the growing inequality both between North and South, and within our cities, are certainly some of the main sources of fear and insecurity. The process of the unification of Europe – that means the living together of the various European nations in peace, solidarity and mutual esteem – was a profound spiritual project to overcome the spirit of nationalistic rivalry and of mutual dispire and prejudice which led to the atrocities of the two great European wars and to the attempt to exterminate the whole jewish population of Europe. It is not enough to describe the actual European crisis as a financial or an economical one, it is a spiritual crisis. Europe has to renew the spiritual choice that inspired the whole process of unification.

Without a spiritual dimension in life people do not learn how to live together. In the material world of neoliberalism, it is every man for himself, and everyone in the end becomes someone else’s competitor. In the standard novel Atlas Shrugged the influencial American writer Ayn Rand favors for a world where everything has to be paid for, where the state is totally privatized and where unpaid commitment is fundamentally wrong. Unfortunately this is a theory that brought the world to its current dejection. Again: without spirituality that transmits ethical and universal values people and communities do not learn to live together. If our religious traditions spread a message of peace, this also means they incite to close the gap between the rich and the poor, the ill and the healthy, the old and the young, they invite to consider life a service to the other and to peace. The economical crisis of the past years has intensified the hardening of the public opinion towards the poor, which increases the need for an alternative voice to cut across the “every man for himself”. The uprising of the youngsters in the suburbs of London last summer, as well as the riots in Paris some years before, dramatically revealed the lack of living together and the anger of a young generation growing up without getting a share of the wealth of its society. The lack of living together makes victims and makes the world unsafe.

One of the most striking characteristics of globalization is migration. In the big cities in Belgium, where I come from, more than half of the children in primary school has a foreign background. But is this only a problem or is it also an opportunity? Within Europe a globalized generation is growing up, not ignoring her roots, but at the same time feeling at home in a European culture of democracy, freedom and the rule of law. The mestizaje (métissage) or the mixture of civilizations arising from this, helps the Europeans to better define their own values and to react against resignation and meaninglessness that characterize the old continent all too often. However, migration does not automatically bring our generation to live together with those who are different from them. There is a great need to build a “culture of globalization or of living together” and this meeting here in Sarajevo helps us to find the resources for it. The history of this “Jerusalem of Europe” as the blessed Pope John Paul II called Sarajevo, and the war in Bosnia confront us with the dramatic consequences when the living together turns into crisis . Sarajevo invites the religions to face the urgent responsibility to invent ways and models to live together as people who are different. The spiritual traditions of the religions teach people to live together, since every religion calls upon its followers to honor all life, to respect the other, and to live with an ideal and a vision.

The current economical crisis reveals the deficit of a world founded on material interests, causing many Europeans only to be concerned about the safeguarding of their certainties and wealth. The migrant, whether he came to Europe in the sixties as a migrant worker from Morocco or Turkey, or in the nineties as an asylum seeker from Eastern Europe, the Middle East of Africa, or in the 2000’s as an ‘undocumented worker’, this migrant becomes the scapegoat of the economical crisis, and many means are used to stop new migrants from entering. However, we cannot turn back time and the peaceful coexistence of the autochthonous people and the migrants will increasingly determine the dynamics of our European society.  As the title of our meeting says: Living together is the future. Knowledge of the cultural and religious background of the newcomers plays a vital role, because migration is turning the world’s cities into multicultural and multi-faith laboratories for living together. Cities provide a great opportunity for ecumenical and interfaith dialogue, essential to a harmonious society and world peace. Today, we see the return of various faiths in the global community. Whereas religion was looked down upon piteously in the Europe’s twentieth century as a phenomenon threatened with extinction, the twenty-first century is witnessing a revival of religion and of religious identity, as the London-based rabbi Jonathan Sacks points out in Dignity of difference. Many European cities today are a window into the world: you can encounter people and communities of widely diverse origins, cultures, and religions. In the globalized world, religions more and more have the task to educate young people to rooting in their own traditions with an open eye for the other. Living together must be more than an indifferent coexistence of groups and communities. Here is an opportunity for Catholics: as direct beneficiaries of the second Vatican Council, they are specially called upon in the Council declaration Nostra Ætate to use their capacity to reconcile identity and openness. The spirit of Assisi challenges us to dare to believe in the opportunities stemming from this important development of living together among different.

That is the reason the Communities of Sant’Egidio in Europe strive to mend the human network between the aging European population and the young immigrants through friendly and joyful meetings, or by organising torchlight processions to commemorate the deportation of Jews and gypsies from their cities, or by festive iftar meetings offered to the Muslims in the city as a sign of closeness and appreciation. Passing on this culture of living together to the young generations is a way of avoiding nationalist passions and the racist madness and of making everyone alert for every new or old kind of anti-Semitism. This way, globalization becomes a culture of all citizens, even of the children and youngsters of the disadvantaged neighbourhoods. The living together is the best assurance for safety on our planet, it makes the world more liveable for the next generations, it is really our common future.