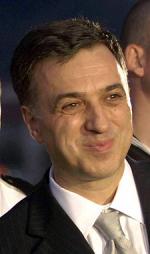 President of the Republic of Montenegro
biografia