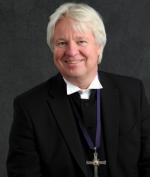 1. My contribution to this Panel refers to a pertinent and current ecumenical question which is of particular significance in Germany.