MENU MOBILE
ROME 2020 > "LET US HEAL TOGETHER THE WOUNDS OF HUMANITY, LET US REDISCOVER THE VALUES OF MERCY, JUSTICE AND TOLERANCE!".
SPEECH OF MOHAMED ABDELSALAM ABDELLATIF
PreviousNext 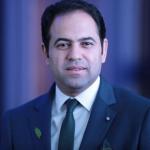