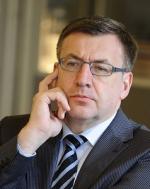 One cannot help but notice that the word reasons in the panel discussion’s title con-stitutes a gentle invitation to tackle the challenge of finding better ways to live to-gether through a particular lens, i.e. the lens of rationality. By pronouncing the mira-cle word Reasons, it is Modernity, with its compelling focus on goal-instrumental ac-tion, that appears on stage immediately. It does so in a very self-assured fashion, without much room for doubt. “But of course”, opinion leaders exclaim (as if they have to explain something to a child), “don’t you think that Europeans citizens are entitled to get a valid answer to their justified question as to what this European to-getherness has to offer to them?” This train of thought seems to be best synthesized by the ugliest of ugly quotes: “What’s in it for me?”

I have two arguments to refute this way of seeing things, at least partly.

One might wonder why somebody should be provided with reasons for a state of af-fairs that cannot “reasonably” be undone. Is there somebody in his right mind who thinks that we can stop living together? 2.400 years ago, Aristotle described man as a zoon politikon, an animal living in community. For humankind, “living together” should be considered a tautology since it is the only way we know how to live in the first place. By the grace of technology, the scale of societal integration has risen dra-matically, but do we expect humankind to forget everything it knows about aeronau-tics and information technology?

There is a second, more important reason to take some distance from rationality In the way Modernity has been framing it in our minds. A century ago, a few years after the First World War, Max Weber indeed wrote that instrumental rationality (Zweck-ratio-nalität) was taking over as the "highest form of rational conduct". In his view this was happening to the detriment of the three other ideal types: (1) rational action in relation to values (Wertrationalität), (2) affective or emotional action, and (3) tra-ditional action.

It is the last thing on my mind to plead for less rationality: we are all children of Enlightenment. Current times ask for less – not more – dogmatic thinking. But I am convinced that a less “economized” rationality, with a stronger accent on values, emotions and even tradition (which is nothing else than the fruit of our shared his-tory) will give us more fundamental arguments for a project of living together, sup-ported by more European citizens. I even submit that some of the seemingly irra-tional recommendations to be found in the Gospel (e.g. Matthew’s  full day's wage for those hired at 5 o'clock) might be inspirational in that respect, or at least create a greater awareness that it is not only pure economics that make up for the choices of human beings.

I must say I have always found it somewhat puzzling that in politics, the frequently used concept moral hazard is not defined as the risk that the behavior of the strong-est and richest towards the weakest and poorest would not up to the highest moral standards. No, when politicians speak about moral hazard, it is about making sure that nobody takes advantage of you! It is designed to guarantee that one’s solidarity is sufficiently anchored in the old Roman saying Do ut des: I give in order for you to give (back). Christianity for one puts brackets around this reciprocity: I give because you as a human being are worth it.

When covering the start of this Antwerp Sant’Egidio gathering last Sunday, the angle of a journalist from the Belgian TV-News was naivety. But I do not think it is naïve to tap into a tremendous energy source for civilization and humanity. Opinion leaders and politicians ought to be brave enough to settle disputes and explain their choices with a more explicit reference to values, and not only interests. Perhaps out of fear of being called naïve, they underestimate the willingness of an audience to hear and appreciate these arguments.

Economic rationality has brought us a lot, but no recipe for a happy state of affairs in our Modern Times. Alain Finkielkraut diagnoses this in his “L’identité malheureuse”: the more “living together” has become a broadly discussed topic in today’s public debate, the more it shows the image of a society in disarray, where the reality behind the words “living together” seems to have vanished.

On a factual, empirical level I consider this view as a huge anthropological mistake. In laymen’s terms: life does not work like that. It is utterly unfeasible to create such a non-interference society, even if that were somebody’s ambition.

But on a more ethical level this impossible endeavor is also something we should ab-solutely not wish for. A society based upon (so-called liberating) distance, upon an interpretation of the word tolerance that has nothing to do with carrying each other and everything with a minimalistic obligation to bear with other people… such a soci-ety takes a straight road to regular outbursts of conflict and violence, at moments when people can no longer bear each other.

A civic ideal based upon harmony, rather than distance, is of course extremely more demanding. Harmony should by no means be confused with a monolithically imposed identity, where cultural, religious, linguistic and other differences are suppressed. Paradoxically, harmony cannot exist without these differences. It is about under-standing and appreciating the value of Otherness, without any wish to colonize or be colonized for that matter. But also without being too easily  satisfied with superficial encounters and anecdotic understanding of each other’s food habits. I must say I am quite disappointed to see how so many intellectuals mobilize clichés when engaging in conversation about the different spiritual inspirations of the world.

Investigating each other’s convictions requires not only an openness of mind. It will also fail if this openness hides a complete incapacity to express the convictions somebody cherishes for himself. In that case tolerance becomes indifference. Values then become liquid, easily adaptable to any situation. History has shown that this is not at all trivial: only those who hold strong convictions have fond the courage to withstand totalitarian, dehumanizing regimes.

My final thought in this introductory speech concerns the European integration proc-ess. After World War II the initial engine of the peace process – integrating econo-mies and financial markets – seems to have completely taken over from the more value inspired project of a more united Europe. The engine became the project. For some, the European Union is a market, rather than having a market. Needless to say I do not share this view. But I am convinced that the European future will be con-structed in an even more hybrid, asymmetrical and less linear way than we have con-sidered up till now. Notwithstanding the understandable allergies against a “Europe à la carte”, I think it is unavoidable that different nations will find themselves at differ-ent levels of integration. One can only hope that in the heart of this Europe, there will be enough room for Weber’s Wertrationalität. This has to do with how we educate our children, how we involve our civil society, how we respect the human sense of religion, how we cherish our artistic, literary and philosophical community and how we define sound politics. If we want to really live together, we best make these deci-sions together. I thank you for your kind attention.